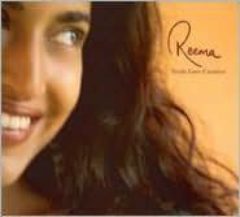 Born into a family of yogis, Reema Datta grew up with the Sanskrit chants and philosophy first introduced to her by her 86-year-old grandfather. Truth, Love, Creation is the debut album of this classically trained musician and coauthor of the book Sacred Sanskrit Words for Yoga, Chant, and Meditation. Reema Datta has taught in North America, Brazil, Tanzania, South Africa, Indonesia, Thailand, India, and Europe, and her fall tour will include concert performances as well as the teaching of yoga and the Sanskrit language. She a founding member of the Usha Yoga Foundation, which brings yoga to marginalized communities worldwide, and a portion of the sales of this CD will go to this cause.

Reema’s partnership with Ferenz Kallos, a classically trained violinist who is the composer and arranger of seven of the nine tracks on the album, has resulted in songs that envelop the listener in sacred space, and her clear, resonant voice carries a message that is transcendent and devotional, ancient and modern.