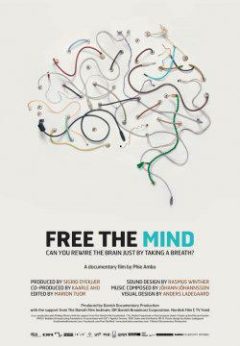 We’ve seen plenty of documentaries that seek to reveal the benefits of alternative therapies. Often these films are informative but unengaging. So Phie Ambo’s documentary, which follows the efforts of the neuroscientist Richard Davidson as he applies holistic practices such as meditation and yoga to the treatment of PTSD and ADHD, turns out to be a welcome surprise.

Opening with a scene depicting a young boy with ADHD as he tearfully discusses with his teacher his fear of an elevator, Free the Mind is a film that seems to be in love with the faces of its subjects. The film focuses on three individuals—two veterans suffering from PTSD and one young child with ADHD—and charts the at times remarkable progress they make under the care of Davidson and his team. If that seems like an odd grouping of individuals, it is, but the film never seems thrown together. Instead, we sense that part of the point here is to make connections that ordinarily wouldn’t be made: We don’t think that a young child and a war-ravaged soldier suffer maladies that have anything to do with the other’s, but the success of Davidson’s treatment suggests that on some level they do.

In a way, through its contemplative, steady gaze, Free the Mind is a film that practices the mindfulness it preaches. It’s intimate, beautiful—and also, on some deep level, respectful. As a result, it’s one of the more powerful documentaries about medicine you’ll see.