Are you dealing with a self-centered person? They may be a victim narcissist—explore how to deal with this personality type in healthy ways.

According to psychiatrist Gauri Khurana, social media has made the general population feel more isolated and reliant on the internet to make connections instead of developing them in real life. This disconnect has led to an uptick in narcissism.

While Dr. Khurana observes how the term “narcissist” is commonly misused, she notes that the behavior complex is on a spectrum. "As more people post about themselves, self-centered behavior is becoming increasingly viewed as normal,” she says.

An Example of Victim-Narcissistic Behavior

Through my explorations of somatic therapies, such as EMDR, I've learned how to build up my own self-esteem by no longer enabling narcissists and allowing such behavior to impact my body and soul. Or so I thought.

After a friendship imploded recently, I found myself wondering what had happened. This person would ask for sympathy but lash out when support was offered and dismiss the issues of others.

Through our conversations, Dr. Khurana helped me understand that I was dealing with a victim narcissist.

Dr. Khurana identifies a victim narcissist by the following traits:

In her research into victim narcissism, Dr. Khurana observed how this particular type of narcissist appears to take on the persona of a victim to garner sympathy, which feeds their ego and superiority complex.

The Seductive Lure of the Victim Narcissist

Jill Leigh, the founder of the Energy Healing Institute, shares how it can be seductive to be around a narcissist who continually plays the victim card.

"Lots of people have very strong empathic tendencies and fail to recognize the co-dependency that gets established as the empath care-takes the narcissist, over and over and over again,” says Leigh. A victim narcissist may initially appear to be grateful, which feeds the empath's sense of worth.

Dr. Khurana adds that we can extend our sympathies toward a victim narcissist because they allow themselves to seem vulnerable—even pathetic. She notes, "They drop their facade of superiority for a moment, and ironically, this serves to reinforce their superiority because then others do things for them."

Are They Truly a Victim Narcissist?

In her practice, Leigh has observed that someone under extreme duress may be self-absorbed and develop a sense of victimization as a normal way of coping with their experience. She notes that a “normal” person in victim-mode will express gratitude when helped by their community members.

Conversely, a victim narcissist will likely show minimal gratitude and may not even acknowledge that help has been offered. "For this person, the victimization is more interesting than the support received,” says Leigh.

Dr. Khurana suggests that if a person's behavior is triggered by external circumstances, then the victim mindset is likely not an ongoing aspect of their personality. Once the stressor is lessened, they no longer have to operate as such in order to cope. However, a personality disorder such as narcissism is a cluster of symptoms that are present in every setting, not just during times of distress.

How to Deal With a Victim Narcissist

According to Leigh, learning to pick your battles is key to dealing with victim narcissists. If you know the person is going to be angry and aggressive, simply remove yourself from the situation rather than attempt to confront them.

Along those lines, why have a conversation and try to change this person's perspective if they continue to insist they are always right? "With spiritual and emotional maturity, it becomes possible to choose to disengage rather than to walk into a one-sided conversation or a disagreement that has a preordained outcome," Leigh states.

For those of us who find it difficult to walk away from a relationship completely, Leigh reminds us that our relationships with narcissists (such as the one I mentioned earlier) are fabricated. "Victim narcissists don't have relationships—they have suppliers. I'd rather put my energy elsewhere."

Dr. Khurana offers these practical suggestions to prevent a victim narcissist's negative energies from impacting you: 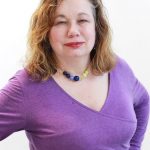 Are You an Expert Texter?

“Texting lies somewhere between pictographs and contactless telepathy. But do its benefits drive ...

In Self-Isolation? Lessons From the Hermit Tarot Card

Empathy for the Detestable, Compassion for the Callous

How to Reinvest in Your Love Fund

It may not be PTSD, but we all experience trauma. Recognizing this is good for everyone’s mental ...

Raising kids has a way of hammering home insights that are both obvious and always, somehow, ...