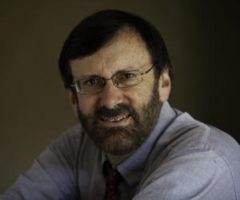 Antidepressants leveled out the highs and lows. So I found ways to supercharge them—to fully experience the agony and the ecstasy. And that feels better…

WantedA Spiritual Pursuit Through Jail, Among Outlaws, and Across BordersBy…

Many people keep their religion to themselves, worshipping within the stoney con…

Book Review: Keeping The Faith Without A Religion

To fundamentalist Christians and many traditional Catholics, the very idea of pr…

Don Lattin writes about his Big Sur misadventures in his latest book, Distilled …

Don Lattin is slashing the price of his book Distilled Spirits for Christmas, charging only $1.99 for the e-book between Dec. 20-27. Then it's back to $9.99. Click HERE for the Kindle Countdown Deal.

Aldous Huxley: The Other Great Man Who Died This Week

This week, many of us from the Baby Boom generation are remembering one of the e…

I’ll confess. I have my preconceived ideas about what constitutes your typical L…

How Jewish Are You?

There’s a line I love from Leonard Cohen, not a song lyric but a remark the s…

The Father of Tantra — Pierre Bernard

At first glance, the neo-tantra movement, with its many books, videos, and works…

What’s the first thing you think of when someone says the word “tantra?” Does it…

Over the last few decades, some churches and other religious institutions hav…

Down in the Chapel

We were talking about the spiritual benefits of doubt, and about a Buddhist t…

The very title of this blog, “Spiritual Search,” puts doubt and open-mindedness …

In Pursuit of Sacred Sex

In a world where Judeo-Christian faith no longer writes the rules on intimacy, w…

Confessions of a Born-Again Agnostic

What makes scripture “holy?” Ask that question to a fundamentalist Christian, …

When Less is More

For some addicts, hitting bottom and having a spiritual awakening are the first …

Editor’s Note: Welcome Don Lattin, a veteran journalist and the author of five b…

The Second Coming of Psychedelics