Several of you pointed out in response to my last blog that Aldous Huxley was not the only famous British writer to die on November 22, 1963—just hours after President John F. Kennedy was assassinated.

C.S. Lewis, the towering intellectual and renowned Christian apologist, died of heart disease in England the same day Huxley passed away in Los Angeles and JFK was gunned down in Dallas.

No, I don’t see any cosmic significance to the confluence of these three events. But this deadly coincidence did get me thinking about the respective spiritual journeys of Aldous Huxley and Clive Staples Lewis.

Huxley was born into a famous family of British intellectuals. His grandfather, the philosopher/zoologist Thomas H. Huxley, is the man who coined the word “agnosticism,” which was a philosophy Aldous adhered to for much of his life.

Lewis, best known as the author of The Chronicles of Narnia, grew up in a Christian family in Ireland, but at age 15 declared himself an atheist. He would later recall that he was “very angry at God for not existing.”

Lewis, who was born in Ireland in 1898, dabbled in the occult before labeling himself a “theist” in 1929. Two years later, he converted back to Christianity, joining the Church of England.

Huxley, who was four years older than Lewis, went through his own spiritual conversion in the early 1930s, inspired away from his earlier cynicism by his friend Gerald Heard, the Anglo-Irish writer and mystic.

Aldous Huxley, best known for writing Brave New World, never embraced anything close to Christian orthodoxy. But he came to believe in “the Godhead” and “the Tao” and “the Clear Light of the Void.” There were spiritual laws to follow, he said, “if men are to achieve their final end.” Huxley came to see that “the more there is of self, the less there is of the Godhead.”

In contrast, Lewis’ new-found spiritual path more or less followed the doctrines of his Church of England. He soon went on to become was of the leading Christian apologists (defenders of the faith) of the 20th century through such books as Mere Christianity and The Screwtape Letters.

Elsewhere in that work, originally a series of BBC radio broadcasts during World War II, Lewis observes, “If I find in myself desires which nothing in this world can satisfy, the only logical explanation is that I was made for another world.”

One more quote from Mere Christianity:

“Enemy-occupied territory—that is what this world is. Christianity is the story of how the rightful king has landed, you might say landed in disguise, and is calling us to take part in a great campaign of sabotage.”

Fifty years after his death, there is still interest the apologetic writings of C.S. Lewis. HarperOne has just put out a newly annotated hardbound edition of The Screwtape Letters, which documents with devilish satire a correspondence between Satan and a novice charged with securing the damnation of an ordinary young man.

“It does not matter how small the sins are provided that their cumulative effect is to edge the man away from the Light and out into the Nothing,” the devil, a.k.a. Screwtape, writes. “Murder is no better than cards if cards can do the trick. Indeed the safest road to Hell is the gradual one—the gentle slope, soft underfoot, without sudden turnings, without milestones, without signposts.” 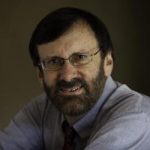 Don Lattin is a veteran journalist and the author of five books on religion and spirituality in America. His national bestseller, The Harvard Psychedelic Club: How Timothy Leary, Ram Dass, Huston Smith and Andrew Weil Killed...