A legacy project or spiritual will allows you to pass on your values to loved ones and record what you prized in life. There’s value in the process as well as the outcome.

I updated my will several months ago. Since then, a nagging question has been on my mind: Besides material possessions, what else will I be passing onto others? I’m thinking about such nonmaterial things as beliefs and values, lessons I’ve learned along the way, wishes for my family, my community, and the world. I may not be able to package these intangibles up in the same way I do material things and assign them to a beneficiary, but I’d like to make them available to people I leave behind. I wondered if other people have similar thoughts about their legacy.

Ethical Wills for all Traditions

A quick internet search led me to information about “legacy wills” or “ethical wills.” In the Jewish tradition, these are called tzava’ot. For centuries, Jewish parents have been crafting end-of-life documents as a way of passing down wisdom and values to their children. Today, ethical wills are being written by people of different faiths and by people with no religious affiliations. The goal for many people isn’t to pass on religious doctrine but to share spiritual beliefs and values or ideas on what made life meaningful for them. Ethical wills are sometimes described as “spiritual documents” and might even be referred to as “spiritual wills.”

An artist friend of mine makes notebooks with decorated covers for people in hospice. I was puzzled when she first told me about this work, as I hadn’t yet been introduced to the idea of writing ethical wills. I have since learned that legacy work is often a part of palliative care that focuses on optimizing the quality of life for people with a life-threatening medical condition.

The creative arts—including creative writing—are often used in palliative care in the making of a legacy project. The project might involve the writing of an ethical will or the creation of some other artistic expression reflecting the unique experiences and interests of the creator. The outcome of a legacy project is something tangible that a person can leave behind after they die. But there’s value in the process as well as the outcome.

Creating a legacy will or another type of legacy project gives us the opportunity to conduct an informal review of our life. That’s something I wanted to do, so I set out to write a spiritual will. I saw no need to wait until I had a life-threatening illness. I started by thinking about some of the emotional, intellectual, and spiritual possessions I would be leaving behind. My material possessions were already outlined in a legal document—my last will and testament. I wanted my spiritual will to focus more on values than valuables. This focus steered me away from thinking about death and dying to give some thought to what I’m living for.

I asked myself some questions:

After making a few notes in response to each of these questions, I discovered that I had a framework for writing my spiritual will. It would have five sections:

I decided to make the writing of my spiritual will a legacy project. I wanted more than a typewritten document, and I didn’t want to store it in virtual space. I wanted something friendlier, more tangible. I decided to use a journal notebook. The entire notebook would be my legacy project, with the first part devoted to my spiritual will. A second section would include some of my original poems and prayers; and a third section, some of my favorite quotes and mantras. I may, at some point, add a section listing some of the major influences on my life, such as special moments in my life, the most influential books I’ve read, advice I’ve received, and so on.

Several weeks ago, I started writing my spiritual will. The process is still evolving, but already I see it leading me to a deeper understanding and appreciation of the soulful aspects of my life. While I hope the final product will be viewed as a gift I leave behind for loved ones, the process is proving to be a gift to myself. 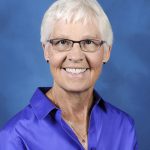