Tired of being told that yoga is the key to wellness?

While yoga is the most popular, well-known, and widespread movement practice, it is not the only one. Here are four ancestral practices from other cultures that are being embraced by more and more twenty-first-century folks. I hope you get as excited about them as I am and try them all. They are listed here from least to most physical.

Okay, let’s be real. Tapping is not a workout practice, but it is a physical practice, since it involves tapping your fingers against certain body parts. Tapping is an incredibly simple yet powerful practice that definitely deserves to be reclaimed.

Tapping has been practiced in Eastern medicine for over five thousand years. Just like in acupuncture or acupressure, tapping stimulates the body’s meridian points, as identified in traditional Chinese medicine, to help the energy flow and eventually restore balance and health. In the case of tapping, you use the tips of your fingers to tap specific meridian points to get relief from pain, phobias, emotional issues, and even disorders and addictions.

The basic premise behind tapping is that unresolved emotional issues manifest themselves in physical ailments, so tapping aims to address the emotional roots of the problems first. During a tapping exercise, you tap five to seven times on a certain number of these meridian points using your fingertips while concentrating on your negative emotion and reciting affirmations to release the emotion and restore balance.

Qigong (sometimes written as chi gong) is a mind-body-spirit practice that uses breathing techniques, movement, sound, and even self-massage. It is believed to help open the flow of energy in the meridians used by acupuncture and traditional Chinese medicine. The student uses slow and gentle movements to warm the body, promote circulation, and bring oxygenated blood to all parts of the body. These movements also help reduce stress and balance emotions.

There are quite a number of qigong styles and practices, and my best advice is to find a skilled local teacher to help ensure your first experiences are enjoyable ones. Qigong is often confused or grouped together with tai chi, which is a related but different mind-body practice.

Tai chi is one of the major branches of traditional Chinese martial arts. Also known as shadowboxing, its principles are based on the Chinese philosophy of Taoism, which promotes balance between all things and living according to nature’s patterns. This dualistic philosophy also believes that everything has two opposing, complementary sides, which is embodied in the yin-yang symbol. Tai chi is essentially a series of exercises that help balance yin and yang, creating balance in one’s life.

In the last twenty-five years or so, tai chi has become increasingly popular in community centers, senior living facilities, and even hospitals, especially among the baby boomer generation. It’s known for its ability to reduce stress and improve stretching and mobility using low-impact movements. It is so gentle, in fact, that it is considered safe for people recovering from surgery and pregnant women.

During the practice, a series of gentle movements and postures flows one into the next without pause, allowing the body to be in constant motion. Many people see it as a type of moving meditation connecting mind and body, as it is often practiced in silence or with soothing music. Even those observing can feel the serenity involved in the practice.

This amazing Afro-Brazilian dance and martial arts form was created in the 1500s by enslaved people brought to what is today Brazil. In order to disguise the fighting techniques from their enslavers, the enslaved people created dance moves to practice in public, and then they focused on the martial arts components in private.

After Brazil abolished slavery in the 1880s, the government feared that former slaves would join forces and use capoeira to revolt, so the practice was banned. Once again, the people disguised capoeira as folk dance moves to keep the tradition alive. To this day, music and rhythmic instruments are an important element of this highly athletic practice.

In the early twentieth century, capoeira was taught in specialized schools in Brazil, and by the 1970s, it expanded throughout the world while becoming a powerful exporter of Afro-Brazilian culture. Today, capoeira is performed by rock stars on stage (thank you, Ricky Martin) and by young fitness buffs from Miami to Venice Beach, California.

Capoeira is incredibly acrobatic. It requires dexterity and includes complex maneuvers like using your hands to balance and inverted kicks. Capoeira develops a great deal of strength, flexibility, fitness, stamina, balance, and speed, but it is an intense athletic practice that requires time to master. It is one of the funnest workout classes I’ve ever taken. If your fitness level allows it, give it a go; you won’t regret it.

Excerpted from the book from Reclaiming Wellness: Ancient Wisdom for Your Healthy, Happy, and Beautiful Life. Copyright ©2022 by Jovanka Ciares. Printed with permission from New World Library — www.newworldlibrary.com. 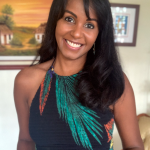 Jovanka Ciares is the author of Reclaiming Wellness and several other titles. A certified wellness expert, integrative herbalist, nutrition educator, and coach, she offers lectures and workshops in Spanish and English. Visit her online at jovankaciares.com.

Intuitive Eating Is Not Just a Fad

Tap into a white-light energy to cultivate postpartum healing in this short meditation.

Some guys buy a sports car, have an affair, or get a tattoo …

5 Ways to Unblock Your Home’s Chi

Our homes can exhibit symptoms of stuck chi, leading us to feel lethargic, indecisive, and ...

Book Review: Do All Lives Matter?