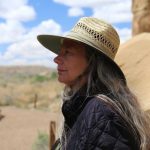 New Moon Meditation for Calling in What You Desire

New moons are traditionally about planting seeds, setting intentions for what you desire.

Gratitude is powerful. Building your sense of thankfulness the Buddhist way.

“It seems to me that religion and politics are inextricably intertwined. So much so, in fact, ...

Lyanda Lynn Haupt explores where science, poetry, mysticism, and the traditions of earth-based ...

The Spiritual Meaning of Moon Phases

Turn to the spiritual meaning of the moon phases to connect to the rhythms and cycles outside of ...

Turn to Nature With Your Grief

Nature has the capacity to hold all of our grief and sorrow. Being in nature reminds us that ...

The Spiritual Meaning of the Death Tarot Card

Though the Death tarot card may not indicate literal death, it does forebode change. Explore the ...