There’s a dirty side to crystal mining. The good news is there are ethical options for fans of these spiritual gems.

Several years ago, Vox magazine dubbed the increasing interest in crystals and healing stones the “crystal craze.” Whether you find crystals at your local garden shop or order one for overnight delivery, there’s no shortage of ways to procure these ever-popular spiritual gems.

With so many options, how does one determine which ones are best to buy? Are there ethical considerations related to how crystals are sourced?

The Dirty Side of Crystal Mining

Not unlike the diamond industry—where atrocities linked to so-called blood diamonds gained widespread attention in the early 2000s, leading to more conscious consumerism and an increase in country-specific protective regulations—there is a dirty side to crystal mining.

Given that crystals are largely being used for energetic purposes, the impact that obtaining crystals has to human beings and the earth should not be ignored. No amount of positive energy derived from these elemental structures can be worth widespread degradation of human rights, contamination of waterways, deforestation, and pervasive child labor.

For the most part, crystals are byproducts of large-scale industrial mining. This means that to understand the effects of crystal procurement, we must take a closer look at the mining of things like gold, copper, and cobalt. In fact, certain types of crystals on the market can only be obtained from these types of operations.

In the U.S., while there may still be negative consequences to the environment and human health, mines have to abide by certain environmental and labor regulations. That being said, according to Earthworks (an environmental non-profit), the two largest mines in New Mexico (which sell crystal byproducts), contaminate 2 billion gallons of water a year by releasing acid into the groundwater.

Meanwhile, crystals that come from large-scale mines in other countries may be sourced with little to no mining regulations. In Madagascar, for example, the U.S. Department of Labor estimates that about 10,000 children work in mines where breathing conditions are hazardous at best, and going into the mine itself can be a life-threatening venture. In other places, such as Myanmar and the Democratic Republic of Congo, these mines are also linked to severe human rights violations and environmental hardship, taking advantage of children as young as seven and highly profiting corrupt governments. The Taliban, for example, make up to $20 million each year from lapis lazuli mines in Afghanistan.

Mines in Madagascar and beyond also threaten rainforests and other natural habitats. When large groups of workers move into an area to mine, havoc is wreaked on the environment. Beyond the land disruption itself, chemicals from the mines endanger the waterways and soil. For example, about 1,400 tons of mercury is used by miners each year, making mining the largest source of mercury pollution in the world.

This doesn’t even include the human and environmental impact of cutting and polishing the crystals after they are mined. It does, however, give credibility to the idea that crystal users have a responsibility to participate in the ethical procurement of crystals.

The Good News for Crystal Users

In choosing to use these energetic gifts from the earth to tune our bodies to the healing frequencies of nature, we must do our part to respect the earth and the life that lives upon it. After all, no amount of full-moon energy can cleanse the karma currently associated with many of the crystals on the market.

The good news is that there are ways to obtain crystals from more ethical sources.

Three Ways to Source the Most Ethical Crystals

Mine your own! There are public and private mines in every state that allow you to dig your own crystals. Some places are free, and others charge a small entrance fee. These operations have a very low impact on the earth and, best of all, provide you with a direct connection to the earth as you mindfully dig.

Talk about sourcing. Finally, while it is very difficult to pinpoint the source of most crystals for purchase, given the fact that most move through many hands before making their way to a direct-to-consumer platform, it is important to ask questions and make it be known that sourcing is important. Ask sellers where they source their crystals and get an understanding of how important it is to them. Over time, more knowledgeable consumers who take responsibility for their purchases do have an effect and can lead to change.

The following sellers are committed to an ethical and sustainable crystal industry:

Now that you’ve ethically sourced your crystal, discover how you can use it to heal anxiety and ease panic attacks. 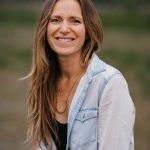 Katrina McGiffin, MSN, CYT, is an integrative eco-nutritionist. She is the founder of Nourish and Be, through which she helps people find peace in their relationship with food and beyond. Follow her on social media: IG: @nourish.and.be FB: @NourishandBewithKatrina.

You Say Potato, I Say Pogrom

Garden City, Idaho looks pretty picturesque. Not so pretty: A candidate for the area’s city ...

10 Smart Items for the Savvy Traveler

"Mother's and Father's Day are gauntlets, radiating expectations. Even vowing to ignore these ...

5 Powerful Crystals for the Full Moon

Use these full moon crystals to receive deep insights and downloads from the higher spiritual ...

Water is more than a resource. Water is a life-bringing entity, via aqua. Embrace old and new ...

The choices we make on land make a huge difference to the health of our oceans; consider these ...