The black box is awkward at best and excruciating at worst. But it’s where change happens.

My heart felt mended enough to think about dating again, and I put myself out there, but very slowly and on my own terms. What I refused to do was allow my friends to set me up on blind dates with someone they considered the “perfect person” for me. I wasn’t the perfect person for myself yet, and so I knew better than to jump into the dating scene—with a young child in tow—without fully understanding what I wanted out of myself, this life, and a partner.

It was not anyone else’s job to design my path for me. I had to create my own future and manifest my own destiny. Destiny is choice, not chance. I knew I had to choose to show up for myself first—even if sometimes accidentally—before I could expect anyone to show up for me and before I could consistently show up for others. Showing up for ourselves requires a number of things—faith, trust, wisdom, courage. It also requires the willingness to crawl into a black box.

I didn’t encounter the concept of a black box until 2014, when I was listening to an episode of Radiolab on NPR. I almost didn’t listen to the segment, thinking the show was about the airplane recording device.

I became intrigued when the show defined this black box as “those peculiar spaces where it’s clear what’s going in, we know what’s coming out, but what happens in between is a mystery.” The first example was something that is incredibly familiar—how a caterpillar becomes a butterfly. Almost everyone learns about this process in preschool: The caterpillar builds a cocoon around itself, and when it comes out again, it’s transformed into a butterfly. But what happens inside the chrysalis during this gestation period? My preschool lessons were vague about this, and I’d always imagined a step-by-step process: The caterpillar changed, growing new limbs and wings, until it had a new body. But no, this is wrong.

As Radiolab informed me, if one were to open a chrysalis after a week, all one would find inside is goo or slime. There would be no discernable caterpillar or anything, only a formless, gelatinous substance. In order for a caterpillar to become a butterfly, a caterpillar digests itself through the release of enzymes that break down its body. This goo is a collection of what are aptly called imaginal cells. Not unlike stem cells, these imaginal cells contain the instructions to create the butterfly, and eventually, the goo reforms into wings, legs, antennae—until the butterfly is complete.

Obviously, the caterpillar doesn’t decide to one day become a butterfly. This “desire” is encoded into its DNA. The caterpillar probably has no idea what will happen within the cocoon it spins. However, in my—perhaps romantic—estimation, the caterpillar knows one thing. It has to show up. It has to build, trusting in whatever comes next. It must have self-confidence, feel worthy, be fearless! It gorges for days and days, plumping itself up in preparation for ... its own destruction.

That evening, sitting at home after another failed date, my wormy self realized that for a long time I had been stewing in a black box. We, too, have imaginal cells, and if we take a leap of faith and allow ourselves to stew in them, if we are brave enough to step outside of what we know (whether what we know is comfortable or uncomfortable), we might find ourselves transforming. I reflected back on the courage I had to show up for my son and start a new life for him (and for us) after illness and divorce. I was committed to my own evolution and to building structures of support around me. But I still did not fully believe in my ability to imagine a different future for myself, one that was not dictated by social norms, by familial or cultural expectations. I did not trust myself to make decisions of the heart, to know what was good for me. I trusted the opinions of others far more than my own. I was not showing up for myself. But I was, I realized, in the active process of self-obliteration. I was in a black box—so to speak—without knowing what I wanted to become or how I might emerge, because I was too busy being the sort of caterpillar I thought the world wanted or expected me to be.

Caterpillars have a lot to teach us about how we can navigate through the transitions of life. I spent a greater part of my life believing that transitions only have two real stages: before change and after change. Before college, after college. Before marriage, after marriage. Before parenthood, after parenthood. The first stage is a time of preparation. We soak in and feed ourselves with the knowledge, experiences, and tools necessary to get to the next stage. The second stage, after change, is when we become what we’ve been preparing for—a butterfly. We often expect that transition to happen quickly, or better yet immediately, and with little further effort or pain. The caterpillar reminds us that there is a middle or third stage—the ambiguous black box.

In the transitory black box stage, we are neither who we were before nor who we will be after. We are formless goo, and that makes us fearful of the outcome. What if we lose ourselves or, even worse, morph into something or someone we don’t want or don’t like? We forget that what we become is forged from who we are and who we were. Our imaginal cells—the essence of our being—are still us. Changes are meant to be gooey; they are meant to be ambiguous. Yet even though the person we are doesn’t remain intact, we do not completely disappear. Our only job is to show up for ourselves with complete faith—in the process, in our evolution, in ourselves.

As I emerged from the black box of all my “after” stages—after my divorce, after my grief, after my self-flagellation, after questioning my self-worth, after my understanding that I have what it takes to battle my chronic eye disease—interesting things began to unfold. I met my now-husband Jason, I found a job that was fulfilling, and I shifted from always leaning on my community of care to mostly supporting them. I deliberately use the term unfold because the process took a long time and many steps, and the after of something is always still the before to something else.

Adapted excerpt from the book Sit Down to Rise Up: How Radical Self-Care Can Change the World. Copyright © 2021 by Shelly Tygielski. Printed with permission from New World Library—www. newworldlibrary.com. 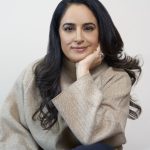 A unique approach to capturing special moments in your life.

Get Grounded for the New Year

Connect to the earth with a 15-minute grounding meditation to calm anxieties and manifest desires.

Got a Busy Schedule? You May Not Need More Time, Just Energy and Perspective

Pain from the past can build up and fester within us. These 7 steps will help you alleviate that ...

One of America’s most respected singer/songwriters, Lucinda Williams talks about joy, crossword ...

How Inflammation Affects Your Emotions

The spiritual meaning of inflammation is all about the ego, whether it’s righteous, victimized, ...

Could the Peloton bike ad be sort of okay when viewed through a different lens?

20 Affirmations For When We’ve Messed Up

Regain self-love, even when not feeling worthy of it, with these affirmations after mistakes.