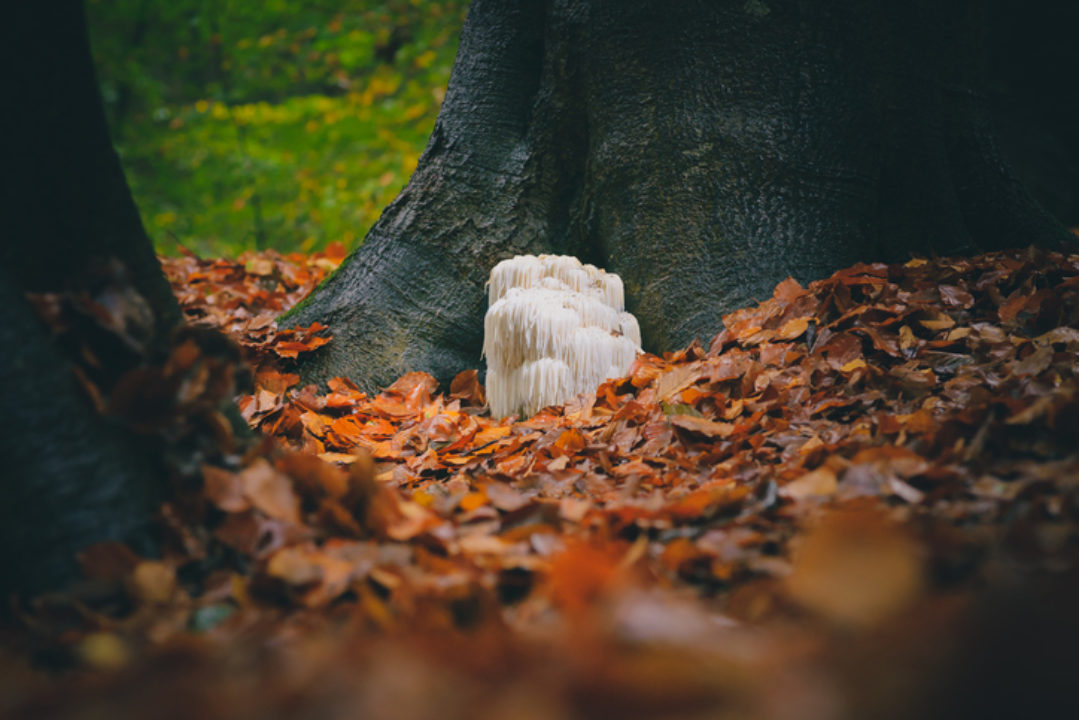 Some mushrooms, such as the lion's mane mushroom, have powerful medical properties, another reason to add more of these fungi to your diet.

Editor's note: Read Part 1 of this series here. And always consult with your doctor about medical issues!

Humans have known about the medicinal properties of mushrooms for a long time ... at least back to 3400 BCE. Otzi, the frozen Ice Man, was found in the Italian/Austrian Alps in 1991 with two species of polypore mushrooms in a birch basket. Polypores, unlike gilled mushrooms, have pores under their caps. A theory holds that Otzi used the fungi topically to combat parasites.

In the 1960s a Japanese researcher discovered that enoki mushroom farmers had lower cancer death rates than the general population. This piqued the interest of Westerners and more focused fungal research began.

Personally, I wouldn’t know anything about Otzi or medicinal mycology were it not for Paul Stamets. At my first SOMA Camp retreat in 2014, Stamets was the keynote speaker. He was and continues to be mushroom royalty. Two parts of his presentation stood out. First, he is buddies with Dr. Andrew Weil, whom I adore for his grasp on both Western and Eastern medicine. And second, Paul’s story about his mother. Diagnosed with stage 4 breast cancer at the age of 84, Mrs. Stamets is now cancer free and credits the assistance of turkey tail mushrooms.

Mushrooms contain a variety of compounds—or known active constituents—which are unveiling themselves to be immunity enhancers, cancer fighters, and cholesterol lowers, as well as cognitive stimulants.

The more I learn about mushroom compounds, the more I wish I’d taken an organic chemistry course in college. But for now, I’ll trust what I glean from books, journal articles, and presentations by noted mycologists. Big takeaways: active constituents vary between mushroom types, potency of those constituents may vary whether taken from the mushrooms’ mycelium or fruiting body, and many of the powerful benefits cannot be achieved just by eating a particular mushroom.

For a daily dosage, Dr. Mark Stengler, N.D., consults Traditional Chinese Medicine references that suggest 6 to 20 grams of dried mushrooms prepared as a tea. Many of these medicinal mushrooms are available in a powdered form. As with any medical condition, please consult a healthcare professional about dosage and contraindications. 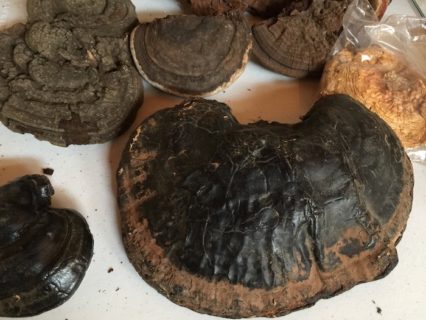 Chaga, a hard mass growing out from birch trees, is referred to as the king of the medicinal mushrooms. With a variety of active constituents, chaga is known to be an adaptogen; it fights bacteria and inflammation, as well as purifies and detoxes the liver and protects the intestines. 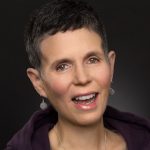 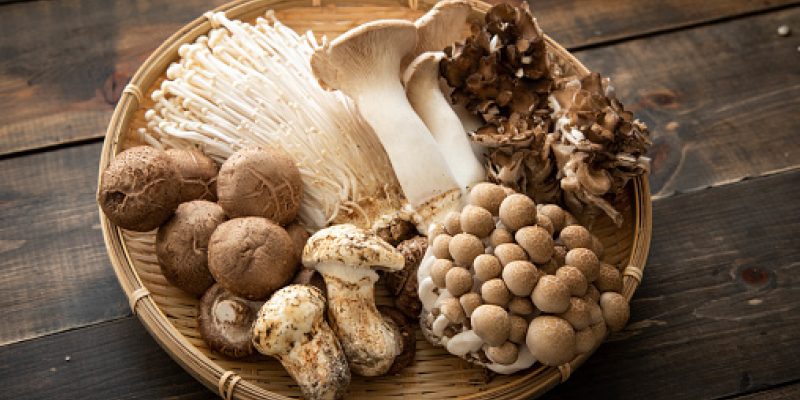 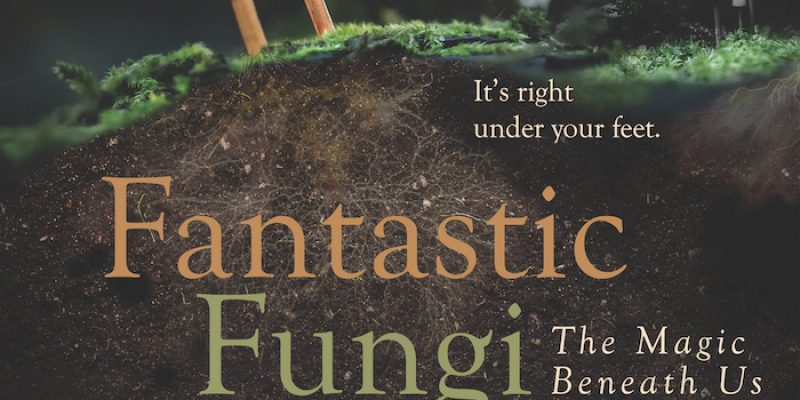