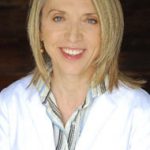 Catherine Auman has frequently appeared as a mental health expert on the national TV show Extra. Her writings have been published in journals, magazines, and books in the US, Finland, and Norway. She has a BA in English...