“I developed a spiritual worldview that allowed me to accept suffering as a part of life. It’s how we respond to it that’s so important.”

The ongoing invasion in Ukraine has taken a heavy toll on the mental and physical health of citizens across Eastern Europe. Many efforts are being made to bring aid to those affected, and unfortunately, volunteers and citizens alike are finding themselves in harm’s way, taking cover in bomb shelters during air raids and bouncing between permanent and temporary shelters day to day.

At one of these shelters, Olga, a 70-year-old Ukrainian widow, saw her blood pressure climb to alarming levels as a result of her stress. She cried as she talked about being alone, recovering from cancer, and now leaving her home because of heavy shelling in her hometown. A trained volunteer sat with her to provide supportive conversation and tools for stress management, one of which is to identify something grounding to focus on; Olga told a volunteer that she loved her plants, especially her favorite flowers, dahlias. She and the volunteer agreed that they would each think of the other whenever they see a beautiful dahlia from then on. Her blood pressure, high enough to concern the team’s doctors, dropped more than 20 points after her talk (and hugs) with the volunteer.

The volunteer that sat with Olga was Lisa LaDue, an LCSW and Somatic Experiencing® (SE™) practitioner who has been traveling the world on humanitarian missions for 30 years. Her team members in Ukraine were shocked by the effect that simple conversation and grounding techniques could have on Olga’s worrisome blood pressure. The experience opened their eyes to the effectiveness of SE, an emerging evidence-based approach to resolving physical and psychological stress, shock, and trauma, founded by iconic neurobiologist Dr. Peter Levine.

A person’s body can get stuck in a survival response like fight, flight, or freeze. The unfinished business of the nervous system often creates sustained challenges for survivors, and SE approach releases that traumatic shock. It’s used by therapists, social workers, first responders, and a variety of other helping professionals globally, with great success.

Lisa has been using Somatic Experiencing in her humanitarian efforts for nearly 20 years. It has been an essential healing tool for her through many world catastrophes, including the Indian Ocean earthquake and tsunami in Thailand, where she said, “There was just an ocean, pardon the pun, of need… the fear and the grief was palpable and very heavy.” A primary focus of her work in Thailand was working with children who had been orphaned by the tsunami and training teachers in how to help the children.

When reflecting on her humanitarian efforts, Lisa says, “For myself, along the way I developed a spiritual worldview that allowed me to accept suffering as a part of life. It’s how we respond to it that’s so important. Using SE has helped me assist others without causing more harm and has given me the tools to process and release the trauma to which I’m exposed. SE definitely saved my career, and it may have saved my life—I believe making it the foundation for my practice has saved others, too.”

To learn more about Somatic Experiencing and how it can make a difference in your career, visit traumahealing.org. 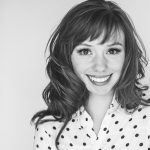 Amanda Lormand has worked for Somatic Experiencing International for 5 years and is a trained doula and birth photographer. She is passionate about helping people find holistic options for healing and wellness.

The practice of self-love isn't one-size fits all. Your body knows what it needs. Create your ...

Learning from Our Worst Selves: Feeding the Shadow Wolf

Sometimes fear, anger, or sadness are appropriate responses to the complexities of life.

My Two-Word Response to Daily Anxiety

Do you have daily anxiety? Welcome to being human. “... It would be great, because anxiety is a ...

Embracing the Push Toward a New Spiritual Calling

“The push came in my mid-50s. I encountered a clear call to engage more deeply and formally with ...