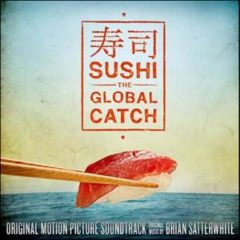 Mark Hall's film is a curious, two-headed beast: It starts off exploring the world of sushi, charting the ins and outs of what is now a huge, booming international business (including a fascinating bit about the many years it takes to become a genuine sushi chef, as well as some striking footage of Japan’s Tsukiji Fish Market, the largest in the world). Then, it morphs into an impassioned plea for sustainability. Basically, the film argues, we’re fishing the world out of wild-caught seafood, and our obsession with sushi may result in our losing the opportunity to eat it. The fish are getting smaller, and some species—such as the prized bluefin tuna—are on the verge of dying out.

One wonders if the bait-and-switch was intentional: maybe audiences are less likely to see a film if they know going in that it’s about to tell them that their ostensibly healthy eating choices may be destroying the world. Still, when it’s detailing the ways that sustainability has become an issue—one chef makes the point that we’re going to run out of tuna before we run out of oil—Sushi: The Global Catch gains genuine immediacy. Like the best advocacy documentaries, it makes you leave the theater wanting to learn more about how you can help.