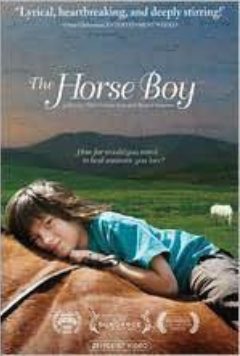 When their two-and-a-half-year-old son, Rowan, was diagnosed with autism, Rupert Isaacson, a writer, human rights worker, and former horse trainer, and his wife, Kristin Neff, a psychology professor, sought out the best medical care they could find. But medical care could do nothing to stop Rowan’s heart-rending screams as he appeared to be moving deeper and deeper into a terrifying world of his own. The accidental discovery that Rowan had a profound affinity for horses — and they for him — led the Texas couple to seek help from those who perhaps best understood the connection between man and horse, in a land where shamanism, with its alternative approach to healing, is the state religion. Their summer of 2007 odyssey on horseback across Outer Mongolia’s vast, dramatically beautiful high tundra wilderness in search of a shaman who might be able to heal Rowan is the subject of this deeply moving documentary, spiritual adventure, and intimate tale of the deep love of parents for their child.

For filmmaker Michel Orion Scott, who was invited by Isaacson to accompany the family on their trek across Mongolia, the opportunity was a dream come true. But questions also arose: How would he hold a camera and film while riding on horseback across the rugged terrain? And how would their shoestring budget support the filming of such powerful and inspiring material? Scott reports that in the course of filming, he was thrown from his horse, contracted giardia, and “faced each day with a level of aching soreness beyond what I had ever experienced.” He managed to create a film that is powerful, moving, sensitive, and filled with beauty. It is a film that even those whose lives have not been touched by autism should see; it reveals the love that drove Rowan’s parents to go to the ends of the earth to find help for their son — and be changed themselves in the process.

Though propelled by desperation, the journey is magical and transformative for both parents and child; the Mongolians honor Rowan for his differences, and his progress astounds them all. The story told in this film will bring hope and comfort to the many families who face the ravages of autism, which is now the fastest-growing developmental disability in the United States.