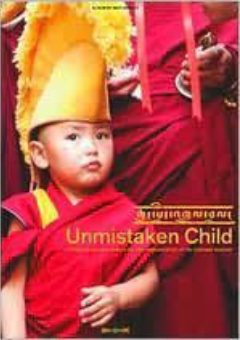 Although books and films have been made about the search for reincarnations of Tibetan masters, never before have we been privileged to accompany, in real time, one of those charged with accomplishing this vital task. This deeply moving film was shot over the course of four years, as Tenzin Zopa, the “heart disciple” of the deceased Lama Konchog, follows the signs and astrological indications that will lead him to find the one “unmistaken child” who will take his master’s place.

Tenzin, appointed by the Dalai Lama, undertakes his solitary journey somewhat reluctantly, saying, “I just cannot trust my feelings. I’m not Buddha.” And the task does indeed seem to be daunting, as the young monk, grieving the loss of the master who had been like a father to him since he first chose to follow him at the age of seven, travels the rugged landscape in search of the one small child who will pass the tests mandated by over 700 years of history. The filming of Tenzin’s evolution — from a bereft and frightened young monk to a dedicated seeker and, finally, into a man fully capable of serving as a strong and loving caregiver for the new Rinpoche — is intimate beyond words. Tenzin’s expressive features and his deeply felt emotions are as open to us as they are to the sky and mountains of the Himalayas, and his reverence is truly from the heart.