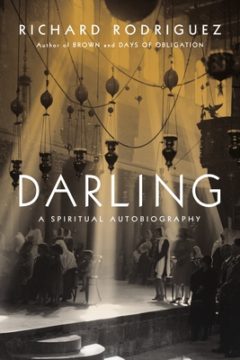 In the months after the events of September 11, 2001, the award-winning journalist Richard Rodriguez found himself drawn to learn more about Islam—both the religion and its followers. He began a quest that took him from the old kingdom of Jerusalem to the posh high-tech world of Silicon Valley. Along the way, he examined not only how this religion is so misunderstood by the Western world, but also how he had developed his own relationship with the faith. As a Roman Catholic, he sees himself as a spiritual cousin to both Jews and Muslims, who worship the same God. Yet as a homosexual he feels excluded from all three religions.

Rodriguez suggests that, more than a decade after September 11, we are “at the dawn of a worldwide religious war that Americans prefer to name a ‘war against terror.’” In this collection of provocative and beautifully crafted essays, Rodriguez challenges the reader to move beyond the dialogue of terrorism—and the resulting grief and sadness—to a place of greater understanding and compassion.

He equates the feminist movement of the ’60s with the current movement for gay rights. And he believes that women, in their compassion and wisdom, will play a central role in the future of the desert religions that have treated them as second-class citizens for centuries.

From False Dogma to Life-Affirming Faith

The journalist and author Richard Rodriguez discusses faith, terrorism, and “the age of the woman.”

How does faith play into your personal definition of religion?

There is no “personal definition of religion.” Religion defines itself; religion is creed, it is form, the enumeration of laws and beliefs. Faith, on the other hand, is often idiosyncratic. Faith can be at variance with dogmatism and certitude. Faith is the willingness to trust in the God of the night, to live with a God who remains in mystery.

You’ve said of September 11, 2001: “It worries me that 10 years later, we’re still preoccupied with this one event. We need to move from grief to a different kind of sadness.” What would that entail?

A society that is overwhelmed by grief forbids imagination, which is an understanding of the world beyond itself—and a grief other than its own. I am struck that cultures that are “tragic” in their disposition often are more joyful than a culture like America’s, which is afraid of grief.

Why did you publish this memoir now?

There is an epic change in the world—let me call it “the
age of the woman.” It may be that the male energy is exhausted. The question for me, as a practicing Christian—who considers himself spiritual kin to the Jew and the Muslim because we worship the same God—is whether patriarchal religions will come to see women as equal, will be willing to learn from women, and in that way recognize that the feminine aspect of God coexists with the male aspect of God.

What do you hope readers take away from it?

Religion is probably the most dangerous force in the world. Indeed, it’s possible the world will end with a mad man’s prayer. But true religion is life-affirming and at odds with the terrorist’s false dogma. If religion is not life-affirming, it is nothing.