Born to Be Good 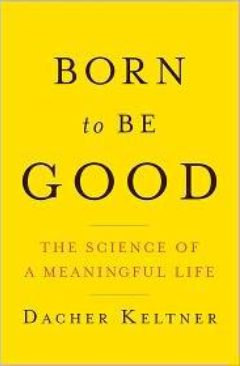 What makes a woman leap out of her hiding spot, exposing herself to gunfire and possible death, to save a child who is not her own? According to Charles Darwin, says author and professor of psychology Dacher Keltner, reflexes like these, which defy self-preservation, are evolved tendencies toward goodness. In this book. Keltner, who is also the editor of Greater Good magazine, stages a kind of conversation between science and the traditions of certain East Asian and Western philosophies. And what it all boils down to is emotion.

While everyone from the Stoics to the stereotypical strong and silent male in motion pictures has attempted to demonstrate that strong emotions result in grave errors of judgment, others have stressed that only passion united with reason can produce a meaningful life. Confucius called it jen, referring to our capacity toward kindness, humanity, and reverence but also embarrassment and amusement. Moving forward a couple of thousand years, Martha Nussbaum, Ernst Freund Distinguished Service Professor of Law and Ethics at the University of Chicago, says “Emotions, at their core, contain judgments of value, about fairness, harm, rights, purity, reciprocity — all of the core ideas of moral and ethical living.” Darwin believed that our emotions were clues to the origins of our design. “Thousands of generations of human social evolution have honed moral intuitions in the form of embodied emotions like compassion, gratitude, embarrassment, and awe,” says Keltner. “Our capacity for virtue and concern over right and wrong [is] wired into our bodies.” And our emotions, then, are powerful moral guides.