An Interview and Excerpt with Dr. Marisa G. Franco

Marisa Franco's PLATONIC offers plenty of scientific insight to bolster what we probably already know, even if we don’t act on the knowledge: Friendship need to be more highly valued, by individuals and by society as a whole.

For one thing, it’s what makes us happy. Franco writes in the book that one study “found the most pronounced difference between happy and unhappy people was not how attractive or religious they were or how many good things happened to them. It was their level of social connection.” Friendship makes us less fearful and more optimistic. For example, a different study found that people judged a hill as less steep when they were with friends.

Also: A sense of connection might be the single most important aspect of physical health. Loneliness is as harmful to our health as smoking 15 cigarettes a day. A large social network decreases the risk of mortality far more than regular exercise.

And friendship is at the root of identity. “We figure out who we are by seeing ourselves reflected in people,” Franco says. “To figure out who we are, we need connection.” Friendships make us better people, helping to boost self-esteem, morality, and empathy. And friendships are good for society, fighting back against social cynicism—a feeling that other people and institutions can’t be trusted.

Despite all that, we’re in a loneliness epidemic. “It’s harder to make friends than it ever has been in human history,” Franco says. “Our society doesn’t make it easy. It’s so normal for people to replace connection with convenience.”

Community used to happen more organically. We needed each other to survive. Now we need each other to be well, but much of the infrastructure supporting connection has been washed away. The solution, according to Franco, is for individuals to go searching for what friendship infrastructure remains—or create their own.

If you want to expand your personal network, Franco has a friendship prescription. The first step: “Think of something that you’re interested in and find a way to engage in that interest in community.” Join a group, strictly or loosely defined, that meets regularly. “Familiarity leads to liking—completely unconsciously.”

The next step is to avoid overt avoidance—meaning you have to show up—and covert avoidance. “You have to engage when you get there, which requires you to overcome fears of rejection. Assume people like you, which according to the research becomes a self-fulfilling prophecy.”

Then after a few gatherings, invite someone to hang out. “Ask the person you like best. And then you get to continue to see them because you already have the infrastructure of the group.” Also important: Normalize the fact you might get rejected. Franco compares the pursuit of a wider friend group to dating or finding the right job.

If all that sounds awkward, remember that friendship is serious stuff, for you and for others.

Even if your life is rich in community, offering someone else a lifeline of connection can be life-changing. A time of transition, such as retirement, illness, or after the death of a spouse, can leave someone feeling isolated. And, perversely, that can make forming new connections harder. Inviting your new neighbor to game night may give her the boost she needs to make another connection, and then another, kickstarting a virtuous cycle.

Eventually society might reevaluate the importance of connection and find ways to appropriately value it. Franco reports that some doctors are beginning to write prescriptions for their patients to spend time with other people. And some building designers are finding new ways to subtly encourage people to connect. Connection, after all, is “a human need, like water, like food”—even though so many are living in a state of deprivation.

An Excerpt from PLATONIC: Romantic Love for Friends

It’s not that we don’t feel deep love for friends; it’s just that we don’t always feel comfortable expressing it. When I did a talk on how to make friends at work, I asked the audience to write down something positive they feel for a friend that they have yet to tell them.

The responses poured in: “I want to tell my friend how much she has inspired me all these years of us being friends,” “I want to tell my friends that they’ve made me a better person,” “I hope my friend realizes what a beautiful soul she has,” and “I hear your smile through the phone. It makes my day.” I felt bittersweet for my audience: sweet because of their love, but bitter because it was yet unsaid.

Why do we go mum about our love toward friends? We just don’t get the same permission to express it as we do for our spouses. Hallmark cards, love letters, and physical touch: In the US, so many earmarks of affection are confined to our spouses, although they need not be. For our significant others, we have anniversaries, Valentine’s Day, and wedding vows to impart our love. For friends, well, there’s International Friendship Day, but no one’s heard of it (it’s July 30). Its notoriety may rival Measure Your Feet Day (January 23) or National Garlic Day (April 19).

There are qualities inherent to friendship that prevent us from expressing affection to friends. By nature, friendship is less formal, more wild, and more versatile than romantic relationships, bearing no particular script, which means we just don’t know if our friends are as invested as we are. When we marry someone, we know they’re committed. The ceremony, the vows, and the ring prove it.

With family, mutual investment is assumed. But with friends, it’s riskier to show affection because we aren’t sure they feel the same way.

Another reason showing love for friends isn’t popular (relative to doing so for romantic partners) is because of the jumbling of any type of love with sexual love. We are petrified to express love for our friends because if we do, we risk accusations of being attracted to them. But this muddling reveals our collective confusion as to different forms of love. Angela Chen reveals in her book Ace: What Asexuality Reveals About Desire, Society, and the Meaning of Sex, that we feel platonic (appreciation and liking toward someone), romantic (heady passion and idealization of someone), or sexual (desire to have sex with someone) love separately.

We can feel passionate about someone (romantic love) without wanting to have sex with them (sexual love). This means we can feel romance in the confines of friendship. There’s even a term for it—“romantic friendship.” Throughout history, romance has been a part of friendship, arguably even more so than it was a part of marriage.

Before the eighteenth century, in Europe and the US, people—albeit predominately White people—did not necessarily love their spouse. Their marital partner was chosen for them by family for practical reasons. Family members chose someone from a family they would like to ally with or who could provide them with resources.

As historian Stephanie Coontz put it, “For most of history it was inconceivable that people would choose their mates on the basis of something as fragile and irrational as love.”

At a time when love wasn’t monopolized by spouses, remnants of romance were apparent among famous friends of the past. Alexander Pope, the English poet, wrote to Jonathan Swift, the satirist, “It is an honest truth, there’s no one living or dead of whom I think oft’ner, or better than yourself.” Herman Melville, who wrote Moby-Dick, wrote to Nathaniel Hawthorne, who wrote The Scarlet Letter, “I shall leave the world, I feel, with more satisfaction for having come to know you. Knowing you persuades me more than the Bible of our immortality.”

Romantic love in friendship isn’t radical. It’s traditional if you peek back far enough into our history. Even now, it is normal for close friends to feel the heady passion and idealization that we typically deem appropriate only for spouses. Nearly all of the best friends I’ve interviewed and read about have appeared to share some degree of romantic love, as I’ve defined it. They are excited about and territorial of each other, idealize each other, or want to spend all their time together.

When we pretend romantic love is abnormal in friendship, we leave people ashamed and confused by the deep love they feel for friends. Then, instead of expressing this love, they bury it. 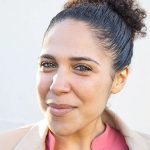 Dr. Marisa G. Franco is a psychologist and friendship expert. Her psychology practice and research focus on the powerful role of our communities in shaping who we are and why we...

Overcoming the Tyranny of Victimhood: 100% Accountability

“As I walked, something walked with me. Not in the sand—but to my right, in the water, just ...

5 Things That Opened Me Up to Passionate Love, Post 50

It’s never too late to love.

It all comes down to two key efforts: conflict management and avoiding external threats.

What Causes Fear of Intimacy? 4 Reasons