Christy McGill is a documentary film producer, writer, creative director, and story consultant based in San Francisco. She is currently producing the feature documentary AI WEIWEI: YOURS TRULY (director, Cheryl Haines) which had its world premiere in April 2019 at the San Francisco International Film Festival. Her most recent project was as producer of the award-winning documentary feature SERENADE FOR HAITI (director, Owsley Brown, 2016.) Christy has consulted on a wide variety of films, advising during pre-production, story development, field production, post-production, release preparation, and distribution and promotion strategy. 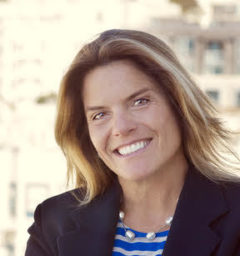 "Ai Weiwei: Yours Truly is a call to action, extending the incredible reach of A…