The Stradivarius in the Spruce: Writing Heals 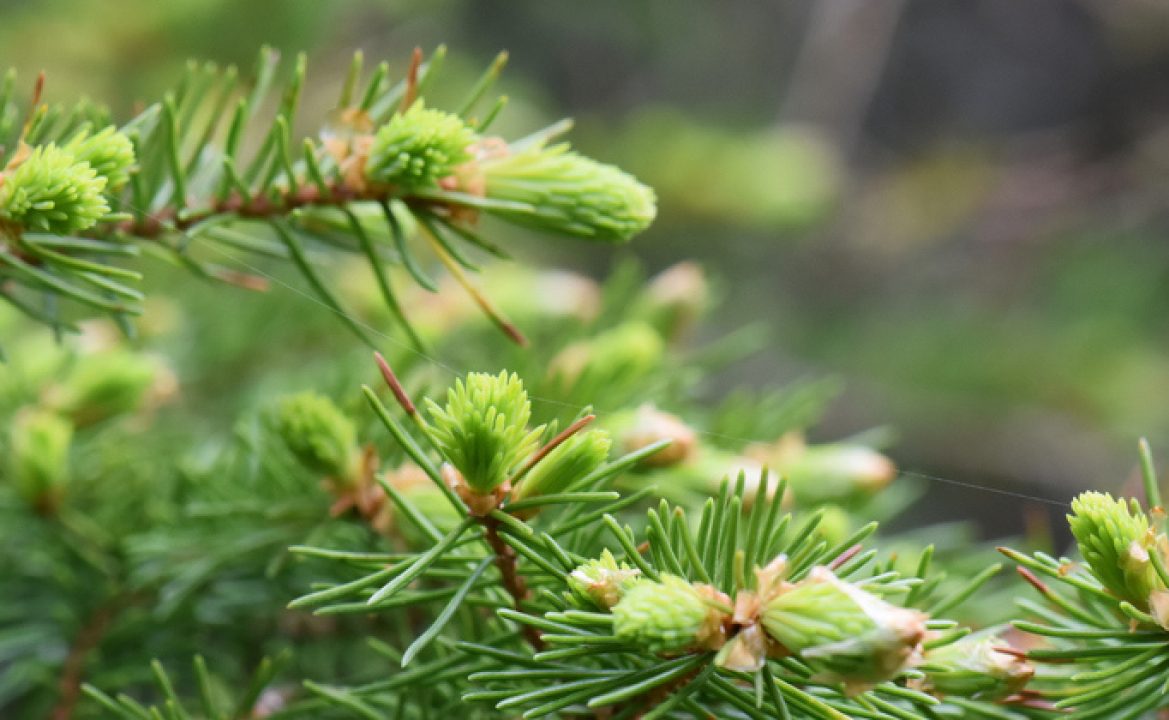 Let writing be your liberator. There may just be a violin trapped within you, just waiting to emerge.

“I observe them, I touch them, sometimes I even hug them. Look carefully and they’ll tell you their life story, their trauma, their joys, everything ...” It could have been me saying that about the adult students I coach in personal journaling and creative writing. But it was retired forest ranger Marcello Mazzucchi walking among the spruce trees in the Italian Alps.

“If you ask me, there’s a violin trapped inside,” he said about the trees he gets to know. This is the same forest where Stradivarius, the famous violin maker, discovered the source for his masterpieces. His violins sell for ten million dollars today.

I felt an immediate kinship with Mazzucchi. We both work with freeing what is trapped inside. Before I knew about a Stradivarius in a spruce, I knew there were things inside of me that had to come out. Writing emerged as my liberator.

In adolescence, it was poems and long letters pouring out my troubled heart to a beloved brother. Journals became the vessel in my 20s. A couple of decades later, I joined the growing cadre of professionals facilitating workshops in personal journaling. Being a former certified English teacher and a published writer provided the credibility.

After more than 30 years working with students from age 9 to 90s through my business, I decided to offer my services gratis to some as a way of giving back. Helping people use writing as a healing tool is a major blessing in my life.

Residents of a senior facility were among those I chose. Petra, an exuberant, retired cancer medical lab technician, opened up quite easily at an early meeting. “My parents were German. I was born here. My mother dressed me in a dirndl and sent me to first grade. ‘Nazi,’ my classmates screamed at me. Their older siblings had told them about Hitler.”

Further discussions with Petra revealed that the Hitler Youth corps came to her family’s village in Germany and drafted her father when he was 14. By age 19, he was fighting in Hitler’s war.

Almost six decades after the blond-pigtailed, blue-eyed little girl had that traumatic experience of being called “Nazi,” through our talking and her writing, Petra began to uncover the parts of her German identity that brought confusion and shame, as well as the pain of some of the parenting she received due to their own war traumas.

“I didn’t have time throughout my life with college, and then raising a family, and working to truly process it. And I didn’t really have anyone to talk to about it.”

“Would you go to my parents’ graves with me?” she asked after writing a letter to each as part of our work together. “I want to acknowledge what they have given me that is positive.” I stood at their gravesites as she read. Spontaneously, deeply moved by the healing that was taking place for Petra, I requested and received her permission to speak. “Your daughter is a courageous, resilient, and caring woman.”

She seized another opportunity to promote her healing. Upon reading the story of Tikva, a Jewish friend of mine who was a holocaust survivor, Petra decided to go to the Holocaust Museum in Washington, DC to educate herself. In that spirit, she reached out to Tikva to connect with someone who had experienced the same war as her father.

Jay, a tall, fit man with a thoughtful, mellow face, was another member of my weekly creative writing group. The newly retired 70-year-old was housebound recovering from severe bouts of pneumonia and was as eager as Petra to receive the free, private coaching for writing to heal.

“I’d like you to consider journaling about your health,” I suggested.

“I will start journaling, and also write a memoir of family history for my three grand-daughters,” he replied.

Our weekly meetings were a rich mix of stories about his youth, parents, grandparents, and academic life, from being the first African American president of the student council, and then attending Howard University and law school. Stories of his forty-five years as an attorney and in public service reflected his deep capacity to care about all types of people.

Racial injustice was, and continues to be, a prominent thread throughout our work together. “I’m writing about an incident that I’m not ready to share,” he informed me about six months into our meetings. “It’s something that happened 30 years ago that I have not dealt with.”

“Okay,” I replied. “We can refer to it as ‘the incident’ whenever you want to talk about the project, or you never have to tell me.” I was thrilled that he had taken on this healing work.

“I’m ready to tell you about ‘the incident’” he suddenly said several months later.

I truly had no idea what to expect from this highly intelligent, humorous, creative, gentle soul I had come to know.

“I was addicted to cocaine, robbed a bank, and went to jail for five years,” he said tearfully. “Other than family and close friends, I haven’t been able to talk about it all these years. I haven’t forgiven myself.”

Choking up, I responded, “I am so very touched that you trusted me.”

My tears were not just for the bond we had created that enabled him to do this work. They were for his pain of having kept that trauma buried for three decades. The pain that propelled the addiction and the crime. The poignancy that he added, “I just read your recently published essay exposing something deeply personal and that inspired me to want to finish this over the weekend and read it to our group on Wednesday.”

I was agape with all I was hearing. Not just Jay’s pain, but his readiness to take another huge leap in his healing beyond telling me. He was going to read it to our writing group. And I felt joy, not just for him, but for me too, as helping free what was trapped in him was a peak experience for me personally and professionally.

This highly successful professional man with a beloved wife and family, deeply immersed in his church community, was going to “take off the mask,” as he put it. He was no longer going to live as guardedly. He was going to forgive himself.

Just as Petra’s healing rippled, so did Jay’s. He not only read it to the group, but he went on to develop the story to send out for possible publication and to envision sharing his process with others who have experienced any nature of trauma or recovery.

“I observe them, I touch them, sometimes I even hug them. Look carefully and they’ll tell you their life story, their trauma, their joys, everything ...,” said Mazzucchi. Like him, I help free what is buried. As the Stradivarius in the spruce ultimately offers beauty, and possibly even healing, the writer’s story takes on a life of its own, reverberating in unimagined restorative ways for the creator and those who hear it.

Joan Leof has written a memoir titled Fatal If Swallowed: Reclaiming Creativity and Hope Along the Uncharted Path. A... 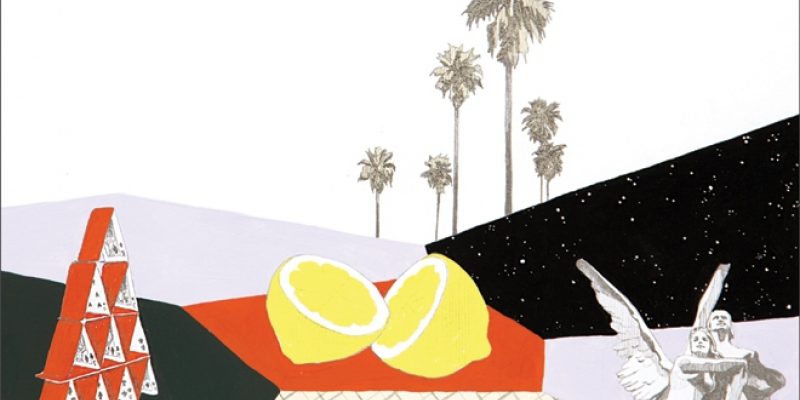 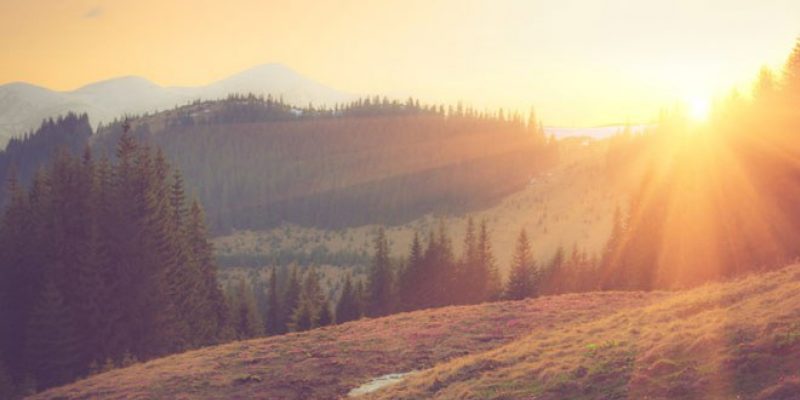 The Unexpected Gifts of Pain