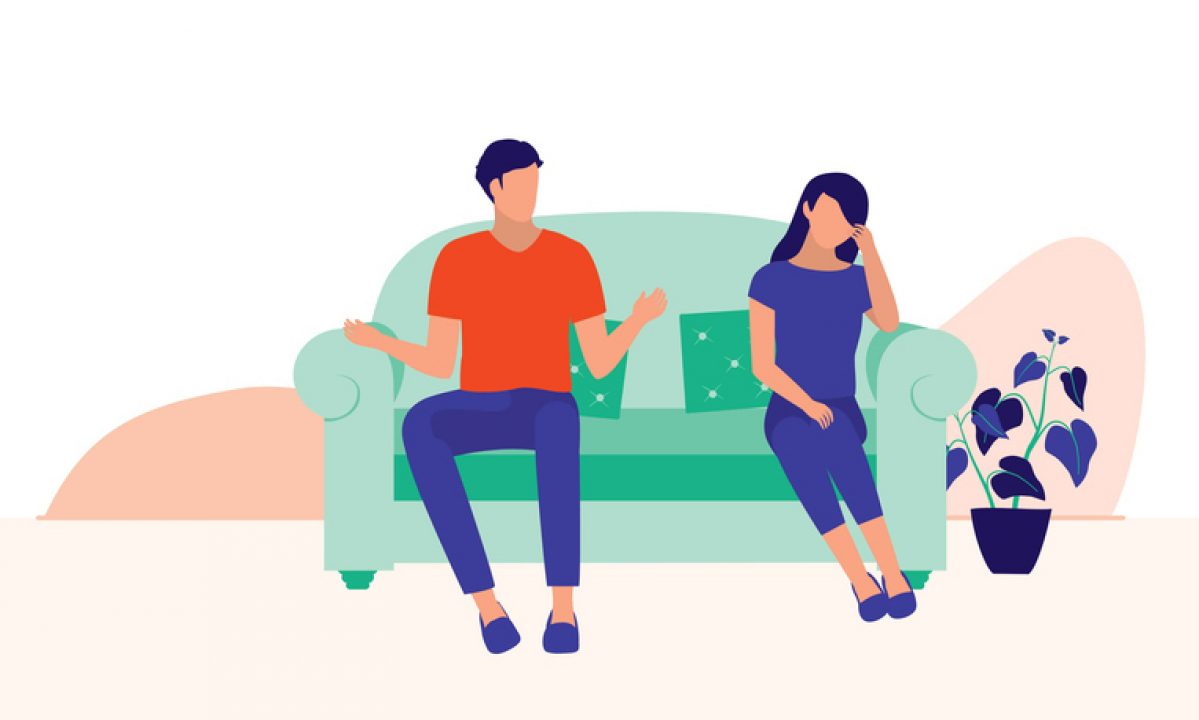 In many cases divorce isn’t a unanimous decision. One partner wants to end the marriage. The other partner wants to stay. This isn’t a good scenario for couples therapy. While one spouse is focused on improving the marriage, the other spouse may barely try. Their heart just isn’t in it.

When this happens, therapy may become a waste of time, money and effort. In these cases discernment counseling can help.

What Is Discernment Counseling?

Discernment counseling is a short-term therapy “designed to help couples on the brink of divorce gain clarity and confidence about deciding on a direction for their marriage,” according to Susan Lager, LICSW, a psychotherapist and relationship coach who conducts discernment counseling in Portsmouth, N.H. Specifically, couples decide whether they’d like to stay in the marriage as-is, pursue a divorce or reconcile and repair the relationship, she said.

What’s particularly powerful about the process is that it meets spouses where they are. It honors the fact that one spouse is “leaning out” of the marriage, while the other spouse is “leaning in,” Lager said. Spouses who are leaning out usually feel more hopeless and are considering divorce, while spouses who lean in have more energy and a sense of possibility for the marriage, she said.

Discernment counseling is very different from regular couples therapy. Lager captured the difference in this way: It’s not “about ‘taking the medicine’ to heal their relationship, but about what that ‘medicine’ might look like, and whether they want to take it.”

Discernment counseling was born out of the Couples on the Brink Project at the University of Minnesota led by professor and psychologist Bill Doherty, Ph.D. A judge in a Minnesota family court approached Doherty about finding ways to help couples explore whether divorce was the best option for them or if reconciliation was possible. Doherty and his team conducted a survey of divorcing couples with kids. Thirty percent of the individuals expressed ambivalence about divorce being their best option. And they were interested in services that explored reconciliation.

Discernment counseling lasts up to five sessions. At the end of every session, the couple decides whether they’d like to return. In each session the therapist meets with the couple and then individually with each partner. According to Lager, couples “find the format of conjoint and individual segments to be quite relieving and useful.”

The initial session lasts two hours. The therapist meets with the couple “to get a picture of their respective narratives about the marriage, each spouse’s motivations, and what individually and together they have done to try to solve their problems,” said Lager, author of The Couplespeak™ Series.

When partners meet individually with the therapist, they discuss their own contribution to the problems and possible solutions, she said. Even if the marriage ends, this provides important insights for future relationships, she said. After their individual segments, the therapist encourages spouses to share their “takeaway” with each other.

In the final 15 minutes, the therapist shares their impressions, summarizes the session and confirms the couple’s next steps. Couples might decide to attend another session. They might decide to “coast,” staying in the marriage as it is now. For instance, if they’re separated, they’ll remain separated.

They might decide to move toward divorce. In this case, the therapist refers them to a divorce professional that helps make the process as constructive as possible, she said. Or the couple decides to work on their relationship. This is when discernment counseling ends, divorce is taken off the table, and traditional couples therapy begins. Couples work with the same therapist for 6 months.

“If at the end of that process there is still a significant degree of ambivalence about reconciliation, then the [discernment counseling] process can resume for up to another five sessions,” Lager said.

According to the project’s website, this is how success is measured:

“Although it would be wonderful if all troubled marriages could become healthy and satisfying for both parties, we understand that this is not always possible. Therefore, our basic criterion for success is that the spouses come to a deeper understand[ing] of themselves and what’s happened to their marriage, and have reached a decision that allows them to move ahead with their lives in a healthy way for themselves and their families. In some cases, this deeper understanding opens doors to possible reconciliation, and in other cases one or both parties decide that divorce is their best option. We try to show couples what a reconciliation path might look like for them, but we honor the choices that people make for themselves.”

Lager worked with a couple with a wife who was “leaning out.” She was fed up with her husband’s stonewalling on many issues after many years. The husband, however, wanted to stay in the marriage and repair the relationship. For him this was a wake-up call. After three sessions of discernment counseling, the wife realized that it was just too late. She felt like there was too much damage, and her husband would have to become a completely different person for her to stay. While the husband was devastated, he accepted the decision. And they “sought a collaborative divorce.”

Another couple had a history of toxic behavior associated with their drinking. The wife had an affair, but felt justified because of her husband’s disrespectful decisions and long disappearances. After attending five sessions of discernment counseling, they decided to participate in regular couples therapy. But they reverted back to their old ways. They took time off to reflect on a direction for their marriage. Now they’re back in couples therapy. According to Lager, “My sense is that had we not done discernment counseling to hold the ambivalence and mixed agendas in the beginning, they might not now be ready to do the hard work of reconciliation.”

Lager also worked with a couple where the husband was “leaning out.” He felt like he couldn’t do anything to satisfy his wife. She complained regularly about his lack of empathy and connection. The couple had been separated for several months. But the husband wanted a divorce. They saw Lager for five sessions. “[I]ronically the wife was better able to own her massive grievances about her husband, got off ‘hold,’ and made a decision to move toward a divorce.”

Each partner also developed a deeper understanding of their personal contributions to the problems in their marriage. And they developed a better sense of how they could create a more positive co-parenting relationship as divorced partners, she said.

Discernment counseling is a valuable tool in helping couples make a thoughtful, intentional decision about their marriage. It honors where each partner is, and gives each partner a voice and support in the process.

If you’re interested in trying discernment counseling, Lager stressed the importance of seeing a therapist who’s listed in the National Directory of Discernment Counselors.

This article was originally published on Psych Central.

Keep reading about divorce and breaking up: “8 Things Not to Do After—or During—A Break-Up.” 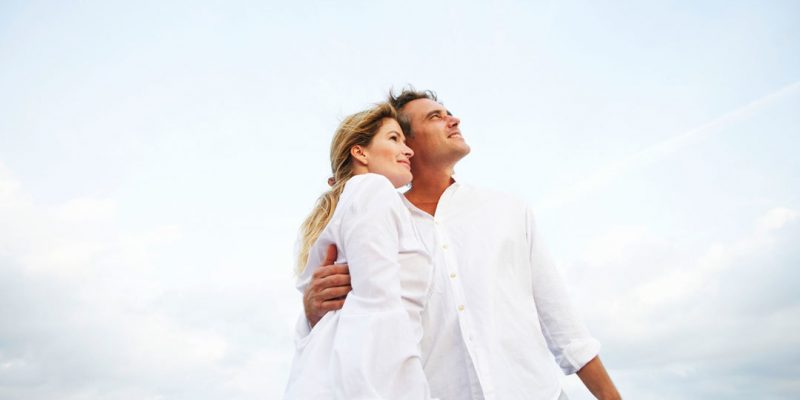 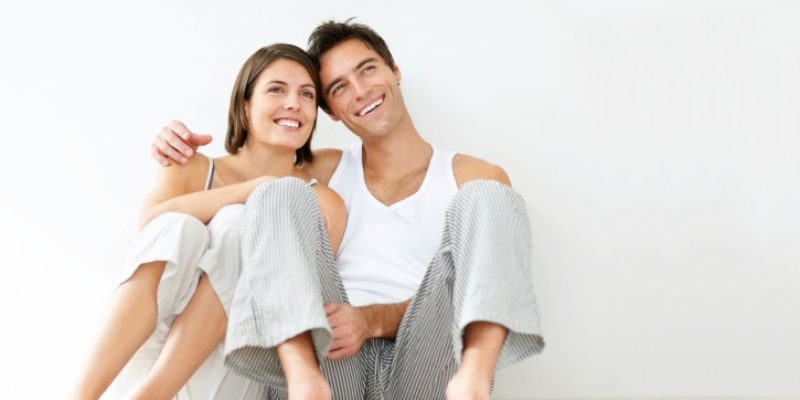