What Are Your “Stand Fors”?

“Encouraged by ego and the desire to not fail, people stick with the investment bought with faulty facts and then maintained even though they know better.”

Logically, in these cases they should sell the investment. But to sell they must admit they should not have bought it in the first place. Our ego does not let us easily admit that we are wrong.

There’s also fear of feeling stupid if we sell and the investment goes up afterwards. And, maybe the new investment we make when we sell our old investment won’t succeed, and that will make us feel stupid.

So, encouraged by ego and the desire to not fail, people stick with the investment bought with faulty facts and then maintained even though they know better.

Maya Angelou’s famous saying, “If you know better—you do better,” often doesn’t stand up to the test.

Our ability to rationalize our own shortcomings is in some ways God’s greatest gift. Rationalizing keeps us safe in our own little bubble world, saying “na, na, na, na ...” to drown out anything that might cause us to actually change or admit we were or are wrong.

But what do we want to be? What are we? What are our values? How do we want to think, feel, talk, act? These are the questions we need to honestly ask ourselves so that we’re not trapped in our bubble.

In one of my books, Emmanuel’s Prayer, I have a declarative prayer/ intention that is taught to Emmanuel, the book’s main character, by one of his teachers. It is a powerful prayer that works some magic in the story. It is also a prayer that I have used in various iterations to guide me throughout my life. I think it is the most effective way for me to communicate, at least to myself, what I want to stand for, but more importantly to articulate my personal philosophy, which to me must be one and the same with what I stand for.

Seems to me it would be insincere and two-faced to have two sets of character philosophies, one for the office, bar, ashram, or church and one for the home. So below, raw and uncooked, is an intentional prayer

I say often to guide my actions, thoughts, and desires:

Direct my actions, my thoughts, and the very essence of my being to be the cause and the cause of the cause to bring peace, harmony, joy, beauty, prosperity, love, happiness, equanimity, magnanimity, justice, virtue, resilience, and an understanding of all the wisdom of all the saints and sages throughout all time to all sentient beings in the north, south, east, and west, on all plains both seen and unseen.

Note that there is no judgment, finger-pointing, or negative statements in the prayer. Also note that it is stated in a positive way.

Years ago, I was at a seminar where the leader, a family therapist by training who also worked with large corporations like Ford, said a few profound things that really reset my compass.

He challenged us: “When you are trying to think of what to do with your life, think of what really bothers you and say to yourself, ‘What positive things can I do to undo this evil?’”

He then gave an example that went something like this: “If you want to end poverty, hunger, and depression, declare that you want to make it so every person feels happy, fed, and secure.” He also said that we judge people based on their ability to keep commitments, and that commitments are what life is all about.

He expanded on this and asked us what our priorities and commitments were. People said things like family, faith, and spouse, and helping others. He then asked the zinger question: “If I looked in your calendar and checkbook and then watched how you spent your time and money, would I be able to tell what your commitments are?”

His words guided a lot of what I wrote in Zenvesting and The Virtue of Wealth, two books, among others, I wrote on personal success and finance.

They also resonate in other books I have written and talks I have given all over the world. My life experience has taught me that I will be in conflict if I try to separate my life into compartments or allow myself to be on a path that treats some people one way and others another. I accept that I must
be authentic 100 percent of the time, although I fall short on these counts. Even though we cannot achieve a perfect Utopia, see the good in all, and quit rationalizing our dumb actions, doing so is still something to work and strive towards.

I thought it would be a good idea to finish this essay with a song. The song “Oxygen” by Renée Fleming is on my jogging music playlist. I love its lyrics and find it inspiring. Renée certainly sings out what she wants to stand for. What do you want to stand for?

I wanna be better than oxygen,

So you can breathe when you’re drowning and weak in the knees.

I wanna speak louder than Ritalin,

For all the children who think that they’ve got a disease.

I wanna be cooler than T.V.,

For all the kids that are wondering what they’re going to be. 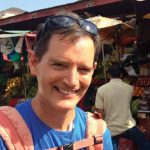