Like childhood play, your whole being checks in for skiing.

Up until age 50, I wanted nothing to do with skiing. My kids begged me do it. They campaigned. They harassed. They kept insisting I would love it, but I didn’t believe them. I kept pooh-poohing the idea—I didn’t think I needed it. In fact, watching my kids slipping and sliding down the slopes looked downright dangerous to life and limb. But finally I was shamed into it. So I took a lesson.

I was not prepared for what I was about to experience. Sure, I was shaky and slipped and fell a bunch of times, but beyond the initiate’s stumblings, something else was stirring: I was totally enthralled. I felt like a child, swept up on a magic carpet of groomed snow. I started at the top of the slope as a 50-year-old and arrived at the bottom 25 years younger. No amusement ride, no sport has so captured my imagination like this. I never looked back.

I’m not alone. Ski resorts used to offer free skiing to seniors 65 and older. They don’t anymore because there are just so many older skiers that they can’t afford to—now you’re lucky if they offer a discount for being an octogenarian. While the average age at ski resorts is 38.5, the fastest-growing age group of skiers is 65 and older. In the U.S. general population, the average number of days skied per year is five, while skiers age 68 or older averaged twice that. And the percentage of skiers in the older age brackets is also increasing: ages 45–54 rose from 14 percent in 1998 to 20 percent in 2013; 55–64 rose from 5 percent to 12 percent; and 65 years and older rose from 2.5 percent to 5 percent. The kids may call us FOPs, but we’re closing in on half the mountain.

As a result, resorts and ski schools now go out of their way to offer classes and services that specifically cater to the older skier. Last year I participated in Joe Nevin’s superb ski school: Bumps for Boomers. It’s an innovative program designed to take boomers into the esoteric realm of mogul skiing. Nevin, a former CIO of Apple turned middle-aged ski instructor, developed new techniques to ensure that even older skiers can safely tackle mogul fields despite admittedly diminished psychomotor skills. Geezers may have less balance and agility, and slower reactions, but we can still learn to manage pretty much any groomed run if we choose.

Some may shake their head and say, “No, no. It’s too dangerous. I might fall and break a hip.” True. But if you’re out driving, you could have an accident and get killed—and the risks of skiing are comparable to driving. However, I do caution older skiers always to wear a ski helmet because recent data suggests that the traumatic brain injury rate among skiers may be higher in older skiers. But, then, every skier should wear a helmet.

So, if the slopes beckon, make a commitment to find the thrill at the heart of skiing. There’s nothing to match the beauty of seeing a mountain covered in snow and immersing yourself in the landscape. The mountain will pull you, body and soul, into a state of flow—where you can’t think of anything but what you are doing in that moment. Your whole being checks in for skiing.

Younger skiers call older skiers many things: “boomers on groomers,” “grays on trays,” “SPORES from yore” (Stupid Person On Rental Equipment), “bats on slats,” and “gramps on planks.” But my favorite is the cry, “FOPs on top!”—as in, “Stay off that run because of the FOPs on top!” (FOP, I finally learned, means F***ing Old People.) But as SKI magazine put it: “We’ve seen the future, and it is us. Grayer.

Dr. Allan J. Hamilton is writing a book on everything you need to know to start and to appreciate skiing at 50. 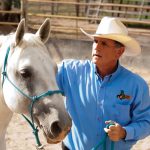 Allan Hamilton MD knows how brains work, in part, because he has drilled into thousands of them. A Harvard-trained brain surgeon, he’s also medical consultant to ABC’s Grey’s Anatomy and author of books including The...