The Mechanics of Emotional Contagion: Who Affects Whom?

An excerpt from How the Art of Medicine Makes the Science More Effective: Becoming the Medicine We Practice 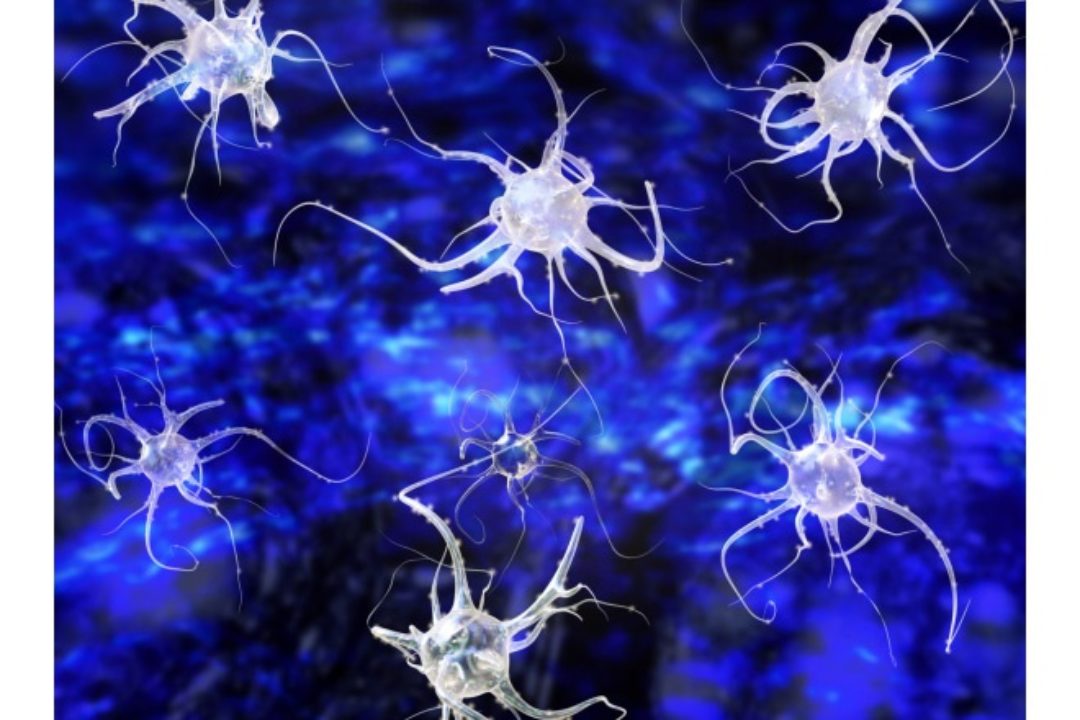 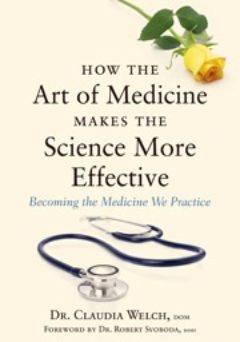 Do we affect our patients, or do they affect us? Do we all influence each other with our behavior and experience? While it may certainly be the case that we affect each other, it is worth looking at how this dynamic might work.

One way of understanding how we affect each other is to understand the implications associated with the fact that we all possess mirror neurons. A mirror neuron is a nerve cell that fires when we act and when we see someone else act.

For example, if I pick up a glass, certain motor neurons will fire in my brain. But even if I simply watch someone else pick up a glass, about 20 percent of those neurons will still fire. The same applies to being touched and watching someone else be touched. If I watch Alice being caressed, it activates a subset of the same neurons in my brain as if I were being caressed in the same way. This is why people with phantom limb pain can feel relief just watching someone else’s limb get massaged. It is one reason why we feel joy at another’s joy, sorrow for another’s sorrow, why people laugh when they watch movies of babies laughing, or—in a different vein but equally powerful application—feel aroused watching porn.

As neuroscientist V. S. Ramachandran says, “It is as though this neuron was adopting the other person’s point of view.” Indeed, scientists speculate that this is partially how human beings learn empathy. (We looked at this a little in Chapter 2, in the section on refining our ability to feel or touch.) Part of us literally experiences what we see another person experience, to one degree or another. What is happening to them is also happening to us, only on a smaller scale.

Since a subset of my own neurons fire when I watch somebody else being caressed, why don’t I believe that I myself am being caressed? First of all, perhaps because it is a smaller percentage of the neurons firing than if I were actually being caressed, but also because the touch receptors on my skin are sending messages to my brain that let me know I am not being touched. That’s the difference between empathy and first-hand experience. Science has shown, in fact, that if someone’s arm has gone to sleep, he will feel the sensation of being touched on the arm if he sees someone else’s arm being touched. If it weren’t for our skin and our sense of touch, we could not discern the difference between experience and empathy.

Mirror neurons represent both good news and bad news for the doctor–patient relationship. The good news is that if we are centered, calm, present, and kind, our patients will feel somewhat the same way in their bodies. The bad news? If our patients are anxiety-ridden, suspicious, in pain, or in an otherwise uncomfortable state of being, we experience their experience, albeit to a lesser degree. Perhaps this is one reason why some practitioners report feeling drained at the end of a day of treating patients.

Establishing a Strong Pattern: He with the Deepest Breath Wins

Many years ago I read a passage in an old Indian text. It was something archaic like, “He with the deepest breath wins.” (I am taking liberties with this.) At the time I read it, it struck me, but I didn’t fully appreciate the meaning—or at least the meaning I eventually gleaned from it—until later.

Because of the intimate connection between breath and prana in the classics, I have come to think that one of the possible meanings of that passage relates to prana as much or more than to breath. In Ayurveda or TCM, we might say that prana or qi moves in certain patterns in a person. So one way to understand that passage is: the stronger and more ingrained the pranic pattern is in a person, the more likely it is to affect others, rather than be affected by others. Let us look at a few examples.

Once there was a group of disciples milling around the courtyard of my teacher’s ashram. Suddenly there entered a sadhu who was absolutely enraged—so enraged, in fact, that my friend, who was present at the time, said the sadhu was literally frothing at the mouth. All the disciples became paralyzed with shock by what they were seeing. Nobody knew what to do as the sadhu continued to froth and fume. Then our teacher walked into the courtyard, placed his hands on the man’s head, and then ran his hands down the sadhu’s body, as if draining the rage out of his body and into the ground. The sadhu’s body and mind became meek and sweet, and he became like putty in the guru’s hands.

What was happening here? Who can say? But one way to understand it is that the sadhu’s pattern of prana and behavior—his alignment with his intense emotion—was stronger than the default pattern going on in all the disciples, thus imbuing the atmosphere with his rage and paralyzing them all. But the teacher’s pattern of prana and behavior—his alignment with something greater that kept him steady and calm—was even stronger than the sadhu’s, so he was able to establish a new dominant pattern.

An admittedly more banal (and rehearsed) example comes to mind. I once saw Cher in concert. There were dozens of very talented performers, dancers, and acrobats on stage, but when Cher walked on, it didn’t matter how amazing the others were. Cher commanded total attention and suffused the moment with Cher energy. Completely.

There is Western scientific evidence that biological changes occur when we are in the proximity of someone with a strong emotion or condition. Consider the results of a study on the biological changes in members of a wedding party. Perhaps predictably, the bride measured highest for levels of oxytocin, a hormone released when people feel connected and loving. More surprising was that oxytocin levels were also higher than normal in people hanging around the bride. The bride had the dominant biological pattern, and that affected the emotional and physiological patterns of everyone in contact with her. They didn’t have to speak with her. They didn’t have to touch her. She didn’t have to touch them. People’s thoughts and emotions, and therefore their biology, changed just by focusing on the radiant bride and being in her proximity.

In each of these examples—the sadhu, Cher, and the bride— people were paying attention to and being influenced by the dominant expression and experience of another person. This may happen whenever two or more people are together, to greater or lesser degrees. Consider how it feels to walk into a tense room versus a room that is almost palpably emanating love? Think of entering a courtroom versus making a visit to Amma ji, the hugging woman saint.

Thoughts and emotions create biology and particular pranic patterns. When we do something that commands the attention of others, their subsequent thoughts, emotions, and experiences create their biological and pranic patterns. In other words, the one with the deepest pranic pattern wins.

Excerpt from the book, How the Art of Medicine Makes the Science More Effective: Becoming the Medicine We Practice by Dr. Claudia Welch , published by Singing Dragon. SingingDragon.com (c) 2016 Singing Dragon. Reprinted with permission. This article may not be reproduced for any other use without permission. 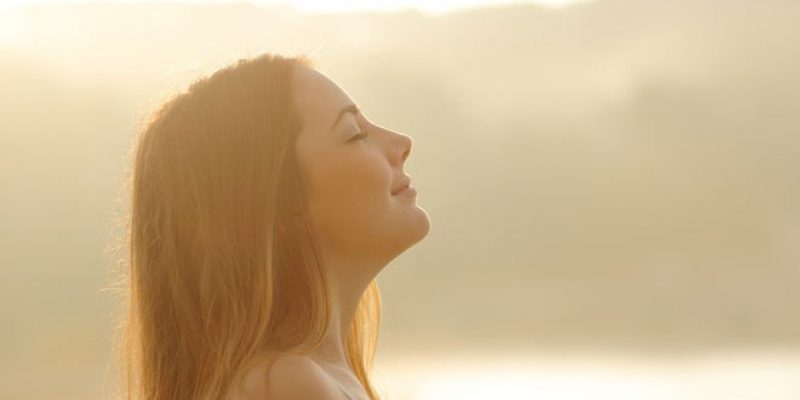 How You Breathe Changes Memory and Perception 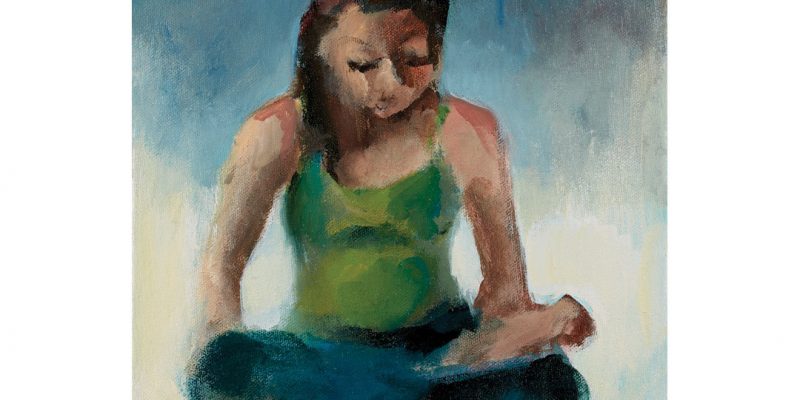