The Therapeutic Benefits of Past Life Regression

The Therapeutic Benefits of Past Life Regression

Past life regression (PLR) is a technique used by a hypnotist to take a person into a past event that is having an impact on their current life. In order to understand the benefits of PLR, one must first understand hypnosis—the foundation of the work.

Hypnosis is an altered state of consciousness in which the subconscious mind is open to suggestions. Hypnosis is well known for smoking cessation and weight loss but it can and is used by many to enhance skills and disrupt habits or patterns. Hypnosis reprograms the mind, by changing one’s perception, utilizing the imagination.

Let’s say you have unconsciously limited your income to $25,000 a year when what you really want to make is $100,000 or more. A hypnotist is first going to help you understand what thoughts or beliefs are holding you in that pattern. Then they are going to help you “see it” or better yet “feel” that $100,000 and shift your subconscious mind to believe it is possible—even easy, through hypnosis.

Everyone has experienced a trance-like state when daydreaming, “spacing out,” being fully engaged in one thing such as playing an instrument or relaxing before sleep. A hypnotist is going to help their client get into a trance by facilitating relaxation.

When relaxed, imagination is utilized to help a client delve into their memory banks stored in the subconscious mind. Once in a past life, the fun begins.

Past life regression is a tool hypnotists use to get at the root cause of a pattern, which could be chronic physical pain, emotional pain, or repeated circumstances in life. It can also be used to enliven latent gifts.

Once in a past life, it is the hypnotist’s job to help a client de-energize the patterns and beliefs that emerge. Here’s an example. Let’s imagine a client, Don, comes in and would like to understand why he struggles with fear and public speaking. After a lengthy interview, the hypnotist will take Don into a past life to the root cause. Don finds himself initially, as a male child, playing happily in a field with family close by and all is well. Let’s call that past life character Jacob. Jacob is then asked to move forward in time, in that lifetime, to a significant event. Next, Jacob sees, feels, or hears himself working as a jester for a king somewhere. Jacob is uncomfortable working as a jester but because this is a family tradition, he has no choice. He finds it humiliating to have to make jokes and sing and it angers him.

Jacob rebels and is put into prison. In prison, he yells a lot to get attention and is told to shut up, and is beaten. Jacob is never released from jail because he is seen as a threat to authority. Over time he stops talking and his body cringes with fear when the guards appear. Jacob dies in jail having decided he would never be a performer again.

One therapeutic benefit of getting at this story is simply understanding how the fear of public speaking is tied to the past. Awareness is powerful! Jacob’s decision to never perform again has been carried over into Don’s current life.

The hypnotist can use a variety of techniques to help Jacob shift the anger and humiliation to potentially forgive his family and jailer and feel at peace. When the unfinished business is complete it helps him rise above the role he played in that lifetime to reframe it in order to let the past go. Imagery (the imagination), is also often used to help de-energize what has been carried over.

After a past life has been encountered the client is asked “what lessons were learned in that lifetime” and “what was the purpose of that lifetime?” When these questions are reflected on in an altered state of consciousness the client’s higher self or innate wisdom is accessed. The therapeutic benefits of this kind of refection, beyond the limitations of analytical thinking, can be profound.

For those interested in learning to facilitate hypnosis, Atlantic University offers a unique, in-depth, academic graduate certificate program called Integrated Imagery: Regression & Hypnosis. This program culminates 3 levels of online coursework and includes qualification for certification as a hypnotist through the National Association of Transpersonal Hypnotists (NATH) by just Level One! 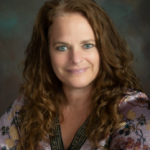 Wendy Walter is a Master Potter, Author, Licensed Esthetician, and Holistic Wellness Coach. She holds a BA in Music and English from Skidmore College and an MA in Transpersonal Psychology from Atlantic University. She is...

Praying to dog? Studies have shown prayer has a positive impact on mental and physical health ...

In his new book, Faith After Doubt, the author, speaker, activist and public theologian Brian ...

Hala Khouri has been a yoga teacher for over 25 years. She is a therapist and somatic ...

What To Do if You Are Languishing

What do you do if you are languishing or know someone who is?

Being a Multi-Hyphenate and Loving It

“Long gone are the days of pressure to pick one career path and follow it to retirement, many ...

Spiritual Affirmations: What They Are and How They Work

Spiritual affirmations are declarations to ourselves and the universe of our intentions to make ...

Being a Multi-Hyphenate and Loving It

“Long gone are the days of pressure to pick one career path and follow it to retirement, many ...

A Division of Hay House

“Disruptive energies are constantly around us. The good news is our body usually does a really ...