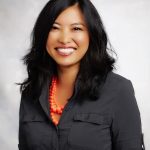 The Energetics of Various Foodstuffs

An audio meditation to tune into how you feel.

Why Your Brain Needs to Dream

Research shows that dreaming is not just a byproduct of sleep, but serves its own important ...

Relax Your Body, Relax Your Mind: Yoga of Synthesis #4

Tired of oysters, chocolates, and strawberries? Try one of these five unique libido-boosting ...