Spiritual reading is just one way to engage deeper with wisdom and wonder.

Years ago, my mentor Taitetsu Unno, a Pure Land Buddhist priest and professor of Buddhist Studies at Smith College, told me this story about Joshu Sasaki Roshi, my Zen master:

Roshi was leading a retreat with Father Thomas Keating (another personal friend and mentor) at St. Joseph’s Abbey in Spencer, MA where Fr. Thomas was the abbot. At the end of the retreat Roshi praised the monastery. Most of all he extolled the monastery’s extensive library. He concluded his remarks saying, “And the thing I liked best about the library is that the monks never bothered to enter it.”

When I heard this story, I was disappointed. Of course, I knew what Roshi meant: Zen is the direct transmission of reality outside words and scriptures, but as a Jew (and an Enneagram 5) I love words and scriptures. I would have made the monastery library my second home agreeing as I do with Thomas Jefferson that “I cannot live without books.”

[Read: “Lectio Divina: Divine Reading for the Here and Now”]

Had I been present at that end-of-retreat conversation I would have asked, “Can’t we engage with words and scriptures without getting hung up on them? Can’t we read books with a questioning rather than a believing mind”?

I imagine Roshi would have said something cryptic, but for me the answer to my questions is “yes we can”. Indeed, I think we must. Words are to us what water is to fish: the very world we inhabit.

“But fish don’t have a word for water,” a friend offered when I mentioned this to him.

[Also read: “Reading Between the Lines”]

Don’t mistake the absence of words for silence. Silence can be filled with unspoken words as anyone seeking to quiet the mind in meditation will tell you. But I’m not calling for the end of words, but rather the end of worshipping words.

When I was an Air Force Chaplain in the 1970s, I often found myself in chaplains’ meetings that ended with “in Jesus’ name we pray.” Despite this being unconstitutional, I never complained. I knew my Christian colleagues could not imagine God paying attention to their prayer if the prayer didn’t end this way. Since I don’t believe in a God who pays attention to prayer regardless of what magic words the prayer contains, I just let this go.

Letting words go is crucial to what I call reading spiritually: reading with a questioning mind and without becoming attached to what is being read; reading beyond the binaries of belief and nonbelief, truth and falsehood; reading sacred text as story rather than history, as myth rather than science, as metaphoric truth rather than literal fact. Reading spiritually is riding the words on the page the way a surfer rides the waves of the ocean: working with their energy and their flow without pretending to own, master, or control them. Reading spiritually leads you into wonder and surprise. It is a practice worth cultivating, and one that will lead you into and through the sacred scriptures of the world without constraining you to the religions from which they come. Wisdom transcends the limits of religion. Spiritual reading is one way to engage with it. 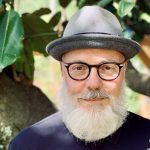