If you could eat a mushroom that in six hours could help you alleviate anxiety and depression, gain insight into your heart’s desire, and catalyze a process of spiritual transformation that could last the rest of your life, would you do it?

To be clear, psilocybe cubensis is not your garden-variety mushroom, though ironically it grows wild on nearly every corner of the earth. By now, you are likely aware that there is a psychedelic renaissance taking place in the west. Scientists, lawmakers, businesses, and health-minded consumers are increasingly warming up to this question, but not without trepidation.

For far too long, we have approached psychedelics from a place of fear, largely on account of their illegality and the stigmas they carry with them. By labeling them “drugs” or “illicit substances,” rather than “medicine,” the very notion of psychedelics remains deeply taboo. Beside the threat of stiff penalties for possessing or distributing them, perhaps the bigger risk in using them is whether they might cause us harm.

Ongoing studies at many of the top research labs in the world are demonstrating exactly the opposite. Under the right conditions, including being in a safe environment, and aided by a trained professional both before, during, and after the experience, psychedelic treatments are overwhelmingly successful, and far more so than traditional antidepressants. Many “journeyers” describe the experience as being more productive than years of talk therapy, and report no addictive tendencies or long-term impairment.

During my early twenties, I engaged in self-directed experiments with a variety of psychedelics. Despite not having the benefit of proper guidance and scientific validation, those few years were perhaps the most important years of my life, and became a cornerstone of my identity and the foundation upon which I have built my career. In short, psychedelics helped me find peace within myself and discover my place in the world.

I knew then, as I do now, that the general public—largely uninitiated into the rites associated with psychedelics—has been misinformed. I have also come to realize that the fear surrounding psychedelics stems from an even larger cultural stigma around mental health. Psychedelics act as a mirror, offering us an opportunity to face ourselves and embody the full spectrum of our emotions. Not everyone is prepared to do that and it can be a challenging experience, though I wholeheartedly believe that everyone would benefit from it.

In my youth, I could not have foreseen that I would ultimately earn a doctorate exploring the healing potential of visionary states of consciousness, both through psychedelics and other methods such as dreaming and breath work. I have gone on to serve as Faculty Chair at Atlantic University, where I teach Transpersonal Psychology and engage students on these and similar issues, slowly advancing the discourse around psychedelic medicine and its place within our culture. Concurrently, I assist people on their healing journey, and have written a book about my own journey, hopefully dispelling fear around consciousness expansion and inspiring others to live a life less ordinary.

The conversation around psychedelic medicine is truly just beginning, though I implore us to approach it from a place of courage, openness and compassion for those who are suffering. While psychedelics may not be the right medicine for everyone, I know that they were for me and I am heartened by the potential this renaissance holds in terms of healing our relationship with ourselves, each other, and the planet. 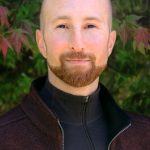 Dr. Nick Atlas, PhD, is the Director of Evolutionary Education®, and a master Sleep, Dream & Transformational Coach with 20 years experience in the healing and mystical arts. Dr. Nick holds...

Podcast: A. H. Almaas, Keys to the Enneagram

A. H. Almaas, Kuwaiti American author and spiritual teacher, breaks down the Keys to the ...

There must be a profound shift in the story we tell ourselves about ourselves and our ...

A New Energy Medicine for the Twenty-First Century

“Energy Touch skills are used to repair and reprogram the energy body’s template to begin the ...

Throwing the Bones: Finding Your Future

What does the future hold? Consult with the ancestors about what's to come through a form of ...

How To Break Free From Parental Anxiety

Learn how to move away from anxiety about raising children, and into a place of balance and ease.

Helping the Pollinators at Frey Vineyards

The United States alone grows more than 100 crops that either need or benefit from pollinators, ...

What We Hold on to After Divorce

The main reason women hold on to their wedding rings is that they just don’t know what to do ...