I descend barefoot and fully clothed down steps into a dark space. The attendant flips a switch, and a rainbow of tiny bulbs illuminates two walls that have been constructed out of bricks of pink Himalayan Sea salt. The other two walls are made of wood. The floor is filled with several inches of powdery white sand, and I relish the pleasant sensation of wiggling my toes down into it. The air is warm and tastes extremely salty. There is a recording of ocean waves.

I’m in a salt cave, constructed to mimic the naturally occurring, healing salt caves of Eastern Europe. Such caves have been used to promote good health as far back as the 12th century, but salt cave therapy in human-made caves is a rapidly growing trend.

Halotherapy & the Necessity of Salt

Salt is essential for human survival and can be a potent tool for healing. Salt cave therapy, or halotherapy, is a spa-like experience and a complementary treatment for a number of health challenges, especially those related to the lungs and the skin. The caves are said to help with asthma, bronchitis, allergies, acne, eczema, and similar concerns. The salt-infused air pumped into the cave clears congestion and reportedly boosts immunity, reduces inflammation, and prevents infections.

Our bodies are naturally composed of .4 percent salt, about the same saltiness as seawater. And while our bodies contain many different types of salts, the most prevalent one is sodium chloride, or table salt. A 165-pound body contains about 60 teaspoons.

Because we lose salt when we sweat, that salt must be replaced all the time. While excessive consumption of salt is linked to high blood pressure and stomach cancer, salt remains a crucial part of the body’s functioning, helping our bodies retain enough fluid, allowing our muscles to contract and relax, and assisting in the transmission of nerve signals.

Wet salt therapy is any type of treatment where the salt has been dissolved in water. This includes drinking saltwater, gargling with salt water, rinsing irritants out of the eyes with saline, or using a neti pot to pass salt water through the nasal canal. It also includes submerging the entire body in saltwater, such as salt-infused baths, flotation tanks, pools, hot tubs, or the ocean.

Halotherapy is a dry salt therapy that calls for breathing in air that has been infused with tiny salt particles. With salt cave therapy, salt is introduced through either active or passive salt rooms.

Active salt rooms utilize a machine called a halogenerator. Its chamber is filled with salt, and then the technology breaks the salt down into microscopic particles and disperses them into the air so that the particles can easily enter your lungs and the pores of your skin.

Passive salt rooms have no machine. Instead, they are filled with blocks and/or bowls of salt (often pink Himalayan sea salt), and they are designed to resemble an actual European salt cave.

[Read: “What You Should Know About Himalayan Sea Salt.”]

Passive salt rooms have a much lower concentration of salt in the air, and are temperature and humidity-controlled. While they offer some physical benefits, the effect is not as strong as an active salt room. Passive salt rooms are designed more for relaxation, meditation, and/or spiritual healing. (The salt cave that I was in was a blend of both types, with both the salt blocks and the halogenerator.)

Halotherapy proponents say it is completely safe, with no side effects—even for children and pregnant women. It’s claimed that halotherapy can assist in recovery from a long list of physical problems and can stimulate endorphins to combat depression and anxiety. It may be an alternative to taking over-the-counter drugs for minor ailments. However, a few people have reported headaches and light rashes, which could be due to the detoxifying effects of the salt.

Skeptics say that there is scant research on halotherapy (and almost no randomized clinical trials, the highest quality type of research studies). In addition, there’s no standard across halotherapy clinics as to how much salt is administered into the air, so it’s not really known how much salt is effective. The Asthma and Allergy Foundation of America deems halotherapy as “likely safe” but cautions that halotherapy may potentially exacerbate symptoms in a few asthma patients.

Bottom line: As with most complementary treatments, if you have any concerns, it’s best to consult with your doctor first. While the benefits of halotherapy merit additional research, at the very least, it appears to be an effective way to clear excess mucus, and it is a pleasant, relaxing experience that can promote stress relief. 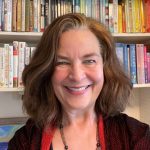 Elizabeth Garzarelli is an intuitive, a licensed counselor, and co-owner of Quietude Retreat Center. She is the author of the book Taking A Bath with Quartz Crystals: Using Gemstones in Your Tub for Radiant Energy. She lives outside Asheville, North Carolina.

Is a Happy Life Different from a Meaningful One?

A scientific controversy about the relationship between meaning and happiness raises fundamental ...

Feeling Bad About Feeling Bad: Shame and the Primal Brain

Rather than piling shame on top of shame, we need to slow down and honestly feel whatever it is ...

Take a compassionate look at your clutter to accept the problem, understand what’s really ...

Breaking the Cycle of Fear

Awaken your senses with these fine indulgences.

Stepping Out of Grief

The Opportunity of Depression

Your Anxiety Isn’t All in Your Head

Ellen Vora, MD, is a psychiatrist, a yoga instructor, an acupuncturist, and a witch—and she’s on ...