I co-own a two-family house with a friend of mine; we share maintenance responsibilities as well as a garden. We chose to enter into this legal and community relationship because of a strong set of shared values. However, in the years since we bought the place a lot has changed. My neighbor cheated on his partner, they broke up, she moved out, and his new girlfriend (the woman he cheated with) moved in. Now they're getting married.

Even though the breakup was years ago now and has never really had anything to do with me, I still feel very angry and betrayed. I think I'm having more trouble getting over it than his ex-partner is! I don't trust him enough to want to work through the deep, difficult emotions with him (he and I have never had a particularly emotional connection, and I am carrying a lot of vulnerabilities around the topic due to some past experiences of infidelity). But I am in community with him and his new partner indefinitely (for a variety of financial and logistical reasons, moving is not an option). I very much want to find a way to work through my feelings, since spending time with them—sometimes even for a short conversation—can be triggering.

—Stuck Living with a Cheater

Dear Stuck Living with a Cheater,

Are you really wanting a close community of people who honor their intimate agreements, so you can lean into those relationships with full trust, safety, and ease? Would you also enjoy relief around your pain related to these acts of infidelity, whether you were directly or indirectly impacted?

If so, start by closing your eyes, breathing into those very understandable and human needs, and consciously mourning the times they haven’t been met. You may want to invite a trusted friend to be a compassionate witness and companion during this mourning process, so long as they can stay present with your needs and refrain from adding their own needs, judging anyone involved in the situation, or going into strategizing. This kind of empathic mourning isn’t about decision or action, nor is it about eradicating all pain; it is simply about being with the needs we’re longing to have met, one breath at a time, until we feel enough warmth for ourselves that we can open to the possibility of warmth for the other people involved.

Once you begin to thaw, ask yourself if you might be holding a fixed judgment (or what is sometimes called an “enemy image”) of people who break their romantic agreements. These enemy images are unconscious strategies to meet needs—in this case, perhaps for the predictability and resulting emotional safety that can come from writing someone off? Yet holding these rigid assessments of others and indeed writing others off tend to block other important needs, such as healing, closeness, and ease, so ultimately enemy images do more harm than good.

You’re not alone, of course, in holding judgment of so-called “cheaters.” There is perhaps no legal act as painful—or as vilified—as infidelity. And, as you are experiencing, even those not directly involved in the partnership may feel hurt and angry when monogamy agreements are broken. Needs for trust, continuity, and (at the most core unconscious level) survival feel at risk when our partnerships and communities are disrupted. It may initially seem easiest and safest to blame the person who broke the agreement for the pain their actions stimulate in you, but the consequence of blame is pain and anger lodged inside you that may never subside until you have genuine empathy for both yourself and the person in question.

So let’s try to help you by feeling into his dilemma, which in many ways was his own, but in many other ways is our cultural dilemma. Because while romantic monogamy is sometimes a conscious and joyful agreement, it is far more often an assumed default. Both are agreements, but the biggest problem with assumed or default agreements is that there’s no clause for how to break that agreement with care. Our culture tells us you simply never ever break your agreements, but the hard truth of life is that our feelings, needs, and circumstances are ever-changing, and so even when we are deeply dedicated to keeping our agreements, there may come a point when an agreement no longer feels life-serving. Then what? If there’s no agreed-up route to revising agreements, we’re forced to either ignore unmet needs (which isn’t sustainable), or shatter the agreement in a way that feels unethical no matter which route we take. Your friend was between a rock and a hard place.

Imagine, instead, that he and his ex had included a clause in their relationship agreement that the moment either of them felt constrained by that agreement, they would seek out a facilitated empathic conversation so they could hear each other safely, get care for any pain that arose, and decide together how to proceed? Yes, there would have been pain—sorrow is inevitable in this life—but would there have been the same judgment and broken trust? If they’d decided together to try new ways to meet each other’s needs, or revise their monogamy agreement, or end the relationship, would you still be seething whenever you saw his new fiancé in your home? And does the responsibility lie solely on your friend’s shoulders for not living in a culture where we don’t have a model for making our most intimate agreements conscious and lovingly revisable?

It’s too late for your friend and his ex to have a more workable agreement now, but it’s never too late to restore and even deepen your connections. Trust is built through a process of mutual vulnerability and holding each other with care in those tender places, as well as making and keeping (or collaboratively revising) our agreements. One radically healing approach would be to invite him, his new partner, and his past partner to have a facilitated restorative conversation with you. Countless families and communities have found relief from these processes, even in cases of the most tragic violence. And by engaging in a restorative process yourself, you’ll no doubt contribute to a more peaceful, healing vision of community for yourself and everyone you know.

With love and empathy, 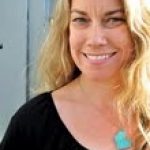 Angela Watrous is the author of five books on relationships and spirituality. She supports her Restorative Empathy clients in her Oakland, CA, office and worldwide over Skype. Learn more at www.RestorativeEmpathy.com, join...