We had 17 people for our weekly local meditation group, including some faces we hadn’t seen for a while. We read the last section of the chapter “Lovingkindness” in Joseph Goldstein's One Dharma.

Goldstein begins with the questions most of us are asking about our anger: “How can I work it? How can I work with my aversion? I have almost instantaneous reactions, a habit of reacting in certain ways. What do I do about that?” What we often do, he says—and we had a knowing chuckle at this one—is bargain—“if I become mindful, maybe my anger will go away. If I meditate as hard as I can, maybe I’ll be eternally peaceful and love everyone and not get mad anymore.”

But as Goldstein says, the real struggle we’re having, if we look closely enough to see this, is that we’re trying to keep unpleasant things out when what we really need to do is to let them come in. We talked about this, about letting in our anger and aversion, to see what that could mean. Why do we NOT do this? He offers two reasons. One is that we remember bad scenes in the past and we anticipate future ones. He tells a story of an old Zen monk who painted such a realistic tiger on the side of his cave that when he finished, he was frightened.

The second reason is that we have trouble letting in the bad feelings. We take things personally which may not be at all. He tells the story of a man’s explosion about a delay on his flight. His frustration turned into anger at the flight attendants, at everyone. Goldstein says that if he’d been able to “take a breath or two, to open to the feelings of distress” he might have not lashed out.

Or maybe he would have. But the issue is that gap, that “breath or two.” I characterized it as a gap; Karen rightly labeled that gap as awareness. This is all it takes (well, it sometimes feels like a LOT). Just letting the gap be there, seeing what it is, breaking that bond with the situation that won’t let us see or feel any freedom within it. Without the gap, we’re like puppets, being operated by forces we can’t see. With the gap, the strings either break, or at least we see them and recognize what’s happening. Maybe eventually they break.

We all agreed with Goldstein about the seductiveness of anger. We feel righteous, empowered. It sometimes seems that anger pushes us to take appropriate action. Again, we were able to see the difference in appropriate aggressive action and action driven by our unconsciousness. The difference is awareness. That gap.

If we can do this, Goldstein says, there is then a powerful purification process that goes on. He has the great image of water falling on a piece of red-hot metal. Drip by drip the metal cools. Drip by drip of awareness that we can bring to our anger, the old reactions, the old patterns, begin to die out.

Will we no longer be angry? Will we always act in loving ways? The promise of the practice is that we’ll see with crystal clarity what’s going on. From there, things can get really interesting. 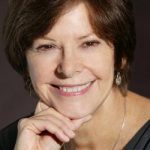