I’ve heard a rumor that you can actually train your body to like spicy foods, even if you prefer mild on the regular. The trick is to place small shakes of cayenne or chili pepper onto unassuming food (just a bit so it’s not overwhelming). Things like smoothies, soups, popcorn, stir-frys, yogurt, sandwiches and curries with coconut milk will mask the burn as long as you don’t go overboard. For some reason, the body adapts to the heat and flavor and begins to crave it...and the rest is spice history.

You can count me in on implementing this spice trick, especially after research has emerged about the major benefits of eating fiery foods including it being linked to a longer life.

Though experts say that more research is needed, according to a new study, frequently eating spicy foods may correlate with a slightly lower risk of an earlier death.

In the study, researchers surveyed almost 500,000 people in China and how often they chow down on spicy foods. Ages ranged from 30 to 79 from the beginning of the study and the researchers checked in with them for about seven years, during which time approximately 20,000 of the participants died.

The study showed that people who ate spicy foods one or two days a week were at least 10 percent less likely to die during the study, according to the study published on Aug. 4, 2015 in the journal The BMJ.

Furthermore, turns out that upping the intake to eating spicy foods daily lowered their risk of death up to 14 percent (compared to those who ate spicy foods less than once a week).

People with a history of various health problems like cancer, heart disease, and stroke were not allowed to participate in the study, and factors such as age, marital status, level of education, and physical activity were accounted for.

No one knows exactly why the consumption of spicy foods may increase longevity, but there are studies that suggest it’s because:

The special bioactive ingredient in spicy peppers, capsaicin, has recently undergone extensive research and is found to have many great health benefits from fighting unwanted gut bacteria to boosting metabolism and encouraging damaged nerves to re-grow. Capsaicin is also believed to be helpful for arthritis, muscle pain Eating chili-infused foods has also been linked to a lower risk of cancer and heart and respiratory conditions.

If there’s one dish I miss eating from my childhood it would be my mother’s Burmese Khow Suey, a coconut noodle curry dish. Here is a vegan adaptation to put the chili goodness into effect in your home. Enjoy!

1 tablespoon of healthy cooking oil of your choice

1 cup dried onions (for a topping)

2. Heat oil in a pan and crushed garlic, then ginger and sauté on medium for a few seconds.

3. Add the above coconut milk and water, spices and salt & pepper. Allow it to get to a boil, and then simmer for 5 minutes.

4. Divide the noodles into 4 serving bowls.

6. Pour in the hot coconut curry into the noodle mixture until you see it rising to the top of the bowl. Add a teaspoon of limejuice to all the bowls, top with coriander leaves, sesame oil and dried onions. 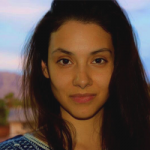