Knitting as an Act of Love 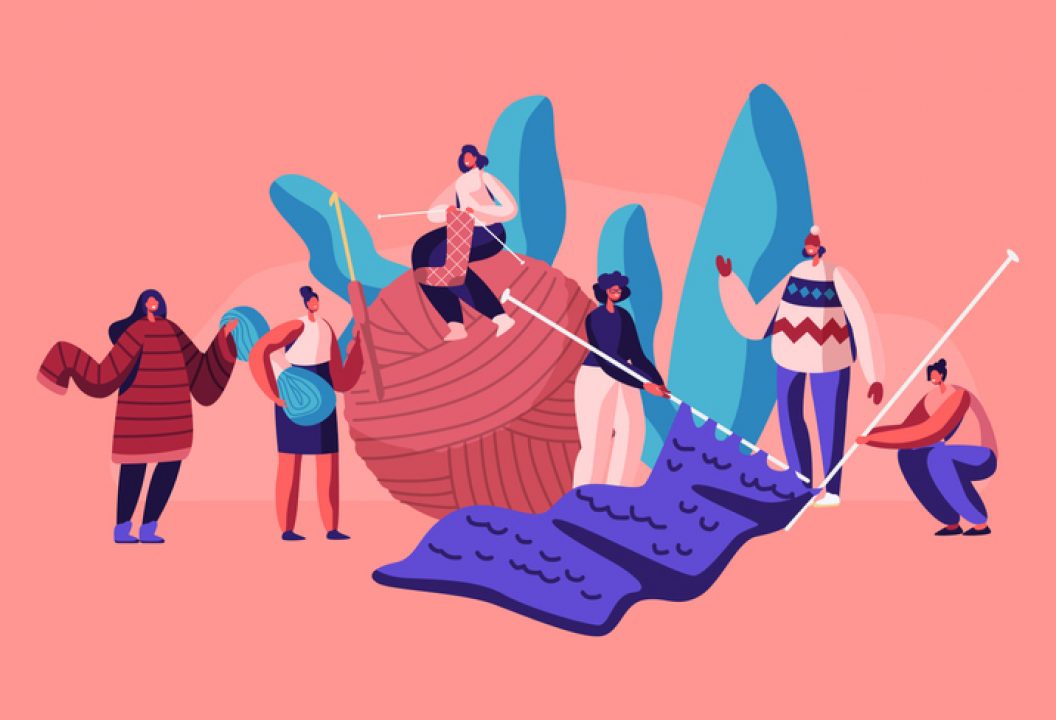 The shared act of knitting with a beloved grandmother opens up space, time, and stories. 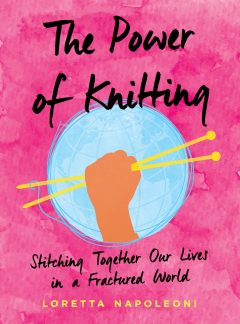 A headband, a light blue headband, was the first thing I knitted. I must have been six or seven years old when I picked up my first needles, under the supervision of my grandmother. If I close my eyes, I can still see, in the golden patina of my most precious memories, the two of us. We are sitting so close; her elbow is underneath mine, her large body warming my left side. I am excited.

Somehow, I understand that this is a rite of passage, a tiny little step on my journey to becoming an adult, a woman, and I am eager to perform it. I am also nervous. I am pressing the yarn between my fingers with all my strength, as if in fear it will escape. My grandmother looks at me, smiles, and removes the yarn from my hand. Then she gently tucks one needle under my right arm, wraps my left hand around the other one, puts the yarn back in my right hand, and begins guiding me. Relax, she whispers, do not pull the yarn too much or too little, let it be your friend, let it dance around the needles.

And so my love story with knitting began.

I learned the times tables, memorized poems, and recited the rosary while knitting with my grandmother. Purls and stitches became numbers, words of beautiful sentences, Holy Marys and Our Fathers, all intertwined inside the magic fabric of our love. They connected her life to mine so that she could transmit her wisdom, so that her teachings could carry on guiding me forever in between stitches.

Later on, in my 20s, as a passionate member of the feminist movement, I shared that insight with the traumatized women who sought help from our organization. Holding my needles and yarn, knitting the clothes I wore, I welcomed them to our consciousness-raising meetings.

My grandmother was born in 1900. She was 14 when World War I broke out, 18 when she met my grandfather, 39 when World War II started, 55 when I was born, and 59 when her husband died. She had witnessed the devastation of war not once but twice, endured Fascism, joined the Italian resistance, and seen the birth of the Italian democracy. She was a living history book I never grew tired of reading.

Her stories were amazing—scary, sad, and happy at the same time—but above all, they were real. She shared them with me while we knitted together. I was fascinated to hear about how the world had plunged into a global conflict and how her brothers and future husband had marched to the front to fight an evil enemy. There was such pride in her voice, a pride that blurred the horrors of the trenches, the cold, the mud, the hunger, the rats. She never tried to hide from me the terror of war, the inhumanity of the war front, but she put them in the context of the unpredictable patterns of life and politics. War was like a very, very difficult sequence of stitches. You could not skip one move; you had to tackle each one with courage and determination.

I am thankful for her realism because it made me understand that peace is not a given and that if you want to protect it, you have to be an active member of society.

So in between purling and stitching, I fell in love with politics.

Naturally, in her stories, my grandfather was the biggest hero. He fought in the Alps, in the Carso near the Austrian border, one of the toughest fronts of World War I. There, in the trenches, he met one of my grandmother’s brothers, and they became good friends, so close that they shared the garments she had knit for her brother to wear at the front: the vests, socks, caps, scarves, and even long johns and sweaters that they wore under their uniforms in the freezing winter in the Dolomites.

(Learn how knitting connects the left and right hemispheres of your brain in "Let Go of Perfection to Find Creative Flow.")

In 1917, during an enemy attack, my grandmother’s brother was killed and my grandfather was seriously injured. When he finally recovered, the war was over. He decided to go to Rome to visit the family of his dead friend and to thank the mysterious woman who had kept him warm in the trenches. He brought her back the pair of thick, colorful striped socks he was wearing when a German grenade hit him, the only item remaining of those she had sent. He apologized to her for the bloodstains on them, which would not come out in the wash. She knew who he was from her brother’s letters, but what she did not know is that while she had fallen in love with him while knitting warm garments, he had fallen in love with her while wearing them.

Knitting is an act of love, my grandmother used to say, perhaps to downplay in my eyes the uniqueness of her love story. She did not like to feel exceptional, to stand out. She was a woman born at the beginning of the twentieth century; she had a specific place in society that demanded modesty, one she accepted without question. But with me, she could escape the female cage of her social status and open up her brilliant mind. On the wings of our needles, we flew high above the world to a special place that nobody knew.

Loretta Napoleoni, a life-long avid knitter, is an economist, consultant, and author whose books on global financing have... 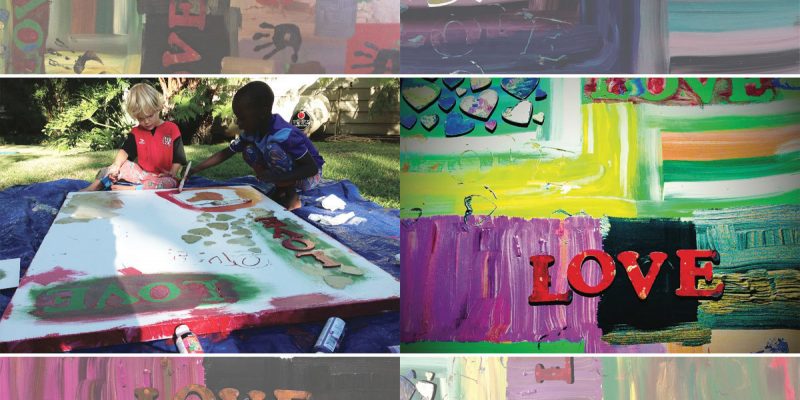 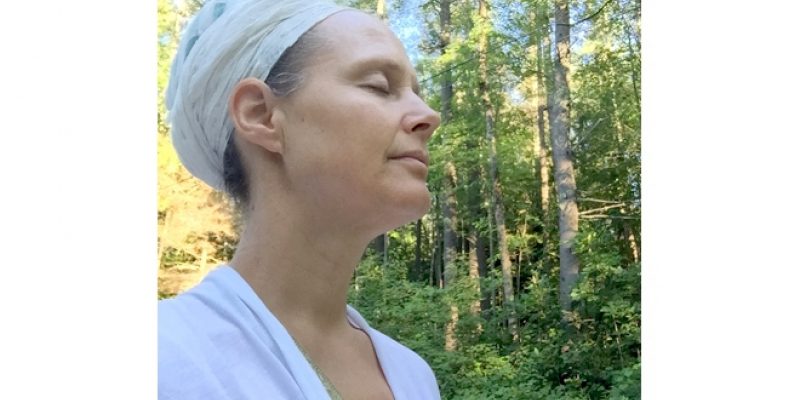