Why We Must Witness Grief

Why We Must Witness Grief

“Life gives us pain. Our job is to experience it when it gets handed to us.”

David Kessler, a renowned grief expert, experienced the sudden death of his 21-year-old son David after he had begun writing his book Finding Meaning: The Sixth Stage of Grief. He writes of this experience in the introduction:

“This was a loss so shattering that despite all the years I'd spent helping others through their grief, I didn't know if there was anything that could assist me through my own. And despite my awareness that the search for meaning is one of the keys to healing from grief, I did not know if there was any way I could find meaning in this loss. Like so many others who grieve, something in me felt that my grief was too great to be healed.”

This excerpt from the book invites us to be intentional in how we witness grief for others:

Sometimes people can’t bring themselves to be with a person who is grieving. Perhaps they fear they won’t be able to find the right thing to say, or they think it will be too hard on them to show up. After my son David died, a friend kept calling me and leaving messages for weeks, until I finally picked up the phone.

Maria told me how guilty she’d been feeling for not coming to the funeral. She knew David and me very well. “I just couldn’t do it,” she said. “I was afraid the pain would be too intense, and I didn’t feel I could face you. But these days, I can’t get you and David out of my mind and I feel a lot of guilt.”

The fixer in me wanted to say, “Don’t worry about it. It was no big deal,” to ease her guilt. But that wasn’t the truth. I just said, “I missed you.”

Later I thought about what she had said, not only from a grief perspective but from a life perspective. Something goes out of alignment when we try to avoid sadness and grief. If Maria had come to the funeral, she would have felt intense sadness and grief. But it would have been meaningful. It would have had an authenticity that came from moving with the rhythms of life. The sadness she felt would have gently melted her soul. Instead, she now had a river of guilt that ran through everything.

Life gives us pain. Our job is to experience it when it gets handed to us. Avoidance of loss has a cost. Having our pain seen and seeing the pain in others is a wonderful medicine for both body and soul.

In one of my lectures, a counselor said, “I have a client who can’t go to funerals because she finds them too sad. What’s the clinical term for that?” I responded, “Selfish, self-centered.” I wondered when people started to think they couldn’t go to a funeral because it was going to be too sad. Life has peaks and valleys. It’s our responsibility to be present for both.

In Maria’s case, she failed to show up, which hurt me. Pain can also be caused by people who mean well but don’t know how to be present. When you hear someone repeating his grief story over and over, that means his grief has not been witnessed in a healthy way. Perhaps one of his children said, “Dad, enough, we all know how Mom died. You have to stop dwelling on it.” Or another child might have tried to comfort him by saying, “Don’t be sad. Mom had a long life and at least she’s not suffering anymore.” Why doesn’t he just move on?

Repeating the story is often a griever’s subconscious way of trying to get much-needed attention.

Another manifestation of not having grief witnessed is comparing one’s loss to someone else’s. “Can you believe Martha is complaining about the loss of her dog when my husband just died?” Comparing is a way of needing to be witnessed. It’s saying, “Listen to me, not to Martha. My pain is worse. I need you to notice my pain.”

The way to help is to make sure that the person who is grieving knows that she does have your attention, that you are listening, that she is welcome to talk to you about her feelings. “I see how much you are hurting,” you can say, “and I know what a wonderful man your husband was. Do you remember the day we all went ...” Some kind of opening like that might help her find a way to talk about her loss. 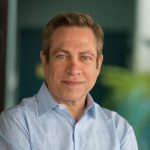 David Kessler is the world’s most well-known expert on grieving. He worked closely with the legendary Elisabeth Kübler-Ross for the last decade of her life. They co-authored two bestselling books: On Grief and...