How to Evolve Your Belief Systems Using Chakras

How to Evolve Your Belief Systems Using Chakras

Do you know where you house your beliefs? In your sixth chakra, located in the center of your head.

Q. I have deep desires that I struggle to fulfill. I take action to achieve these desires, and yet…they do not materialize. I’ve become aware that I have beliefs that tell me I can’t have what I want. I’m wondering what can I do to evolve my belief systems using my chakras?

‘You are given the gift of the gods; you create your reality according to your beliefs; yours is the creative energy that makes your world; there are no limitations to the self except those you believe in.’

I’m always interested in intentions when frustration and concern about being unable to manifest a want or desire is mentioned. Intentions are a great thing to examine when something desired is not bearing fruit.

Here are some thoughts about intention:

Another favorite Seth/Jane Roberts quote for working with manifesting a desired reality:

‘To act in an independent manner, you must begin to initiate action that you want to occur physically by creating it in your own being. This is done by combining belief, emotion and imagination, and forming them into a mental picture of the desired physical result.’

Do you know where you house your beliefs? In your sixth chakra, located in the center of your head. The sixth chakra performs lots of important functions in your life, but perhaps the most essential to understand is the way that your beliefs influence and manifest your reality. You actualize your life and bring your ideas into form through the conscious and unconscious beliefs that reside in your sixth chakra.

One powerful practice for evolving your beliefs includes an exercise that I call ‘Noticing Your Narrative’.

Conscious beliefs are easy to notice, right? You’re aware that you feel less than, or not enough. You identify with the idea that you can’t have what you want or don’t deserve to have your needs met.

These conscious beliefs are the known part of your narrative.

Rewrite them. Make them validating. Write them as if you believe they are true and attainable.

Now, begin to notice your unconscious narrative. Assign your observer self the task of noticing your unconscious beliefs. Watch for the sneaky, insidious, wily, whispering voice that trickles defeatist, negative rhetoric when you contemplate your inspired ideas, wishes and desires.

Ask yourself, ‘whose voice am I hearing?’ It’s never your voice! Write down whose voice you’re hearing.

Rewrite them. Make them validating. Write them as if you believe they are true and attainable.

Now, let’s do some chakra work:

Continue to Notice Your Narrative. It’s a powerful exercise for identifying, rooting out and evolving how you think about yourself and what you’re capable of creating and manifesting. 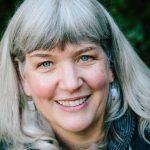