7 Clues That Your Baggage Needs Handling

Though guilt is often presented as a negative and destructive emotion—a burden to be shed—there are positive and constructive aspects to guilt. When guilt appears in our lives, it’s a signal to take a second look at what is going on. Recognizing and responding to the source of guilt with wisdom, maturity, and compassion liberates us to live in a healthy relationship with others and with ourselves.

1: When it moves us to accept responsibility for our actions.

“Someone who can’t acknowledge responsibility and guilt cannot and will not change. And just as a disease cannot be treated until it first is diagnosed, a sin or an evil cannot be corrected until it is acknowledged and admitted,” notes Rabbi Joseph Telushkin, author of The Book of Jewish Values. As an example, he tells of an acquaintance who seldom acknowledges his errors. Whenever an issue emerges in his life, the man blames others and refuses to identify his own complicity in the matter. “I once told him that of all the people I knew, he was the one for whom I felt least optimistic about the future. Since he was never to blame for any of the bad things that happened to him, there was nothing he could do to improve his increasingly unhappy life.”

2: When it prods us to apologize.

When we have wronged someone, the critical first step in repair is a heartfelt apology. A classic example was done by the Rev. Jesse Jackson when news media reported an ethnic slur Jackson made about Jews. Aware that his language caused harm, he promptly offered this public apology. “If, in my low moments, in word, deed, or attitude, through some error of temper, taste, or tone, I have caused anyone discomfort, created pain, or revived someone’s fears, that was not my truest self. If there were occasions when my grape turned into a raisin and my joy bell lost its resonance, please forgive me. Charge it to my head and not to my heart. My head—so limited in its finitude; my heart—which is boundless in its love for the human family. I am not a perfect servant. I am a public servant doing my best against the odds. As I develop and serve, be patient: God is not finished with me yet.” 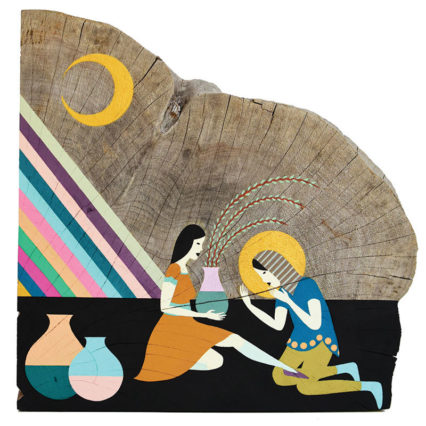 3: When it develops humility.

Two of the hardest words to say are “I’m sorry.” Generally, there are three main reasons why people find it difficult to apologize. The first is pride. Apologizing means admitting fault. It’s pride that prevents us from simply saying: “I was wrong. I messed up. I shouldn’t have done or said that.” The second is blame. Rather than apologize, it’s often easier to blame someone or something for our action. We justify ourselves by shifting the responsibility elsewhere. The third is embarrassment. We feel foolish and it’s easier to pretend it didn’t happen or that no one noticed. Yet when we’ve spoken or acted in ways that have created a wound, the path to healing that relationship emerges from the humility to apologize. “Apologizing does not always mean you’re wrong and the other person is right. It just means you value your relationship more than your ego,” says novelist Mark Matthews. Additionally, an apology is not only a sign of humility but also one of healthy self-esteem. Steven Covey says: “It takes a great deal of character strength to apologize quickly out of one’s heart rather than out of pity. A person must possess himself and have a deep sense of security in fundamental principles and values in order to genuinely apologize.”

4: When it prompts us to make amends.

The word amend originates in Latin and means “to correct, to rectify, to free from fault.” When we’ve blundered, causing another person discomfort, the remedy is to amend, or correct, the situation as quickly and completely as possible. It’s the nudge of guilt that sends us in the direction of rectifying the hurt. Etiquette authority Letitia Baldrige tells of a time when a friend failed to pick her up at an airport, and she waited an hour before arranging her own transportation. Baldrige explained what transpired after the man realized his mistake: “(1) He sent me a long message of apology; (2) he sent me a dozen long-stemmed roses; (3) he took me to lunch the next time he came back to town—and sent a car to pick me up and bring me back.” Of course the apology was accepted, any lingering pains were healed, and their friendship remained unaffected. 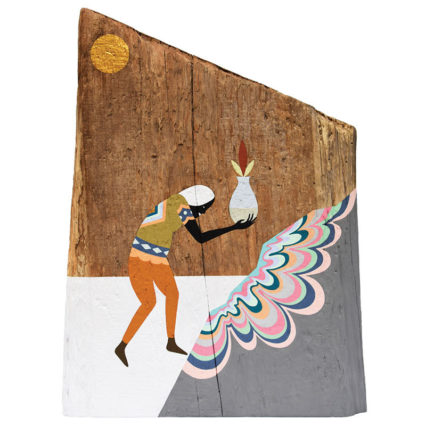 5: When it heals hurt and anger.

When the sense of remorse moves us to act in remedial ways, the hurt and anger experienced by the wounded party is softened and even healed. When Stacey Hylen checked into the Ritz-Carlton hotel in Tucson, she requested an important wake-up call. That routine request was overlooked, and when she woke up late she was furious. Understandably, she called the front desk to complain. However, within moments her frustrations eased and her anger was transformed because the hotel agent promptly apologized and offered to send a complimentary breakfast to Stacey’s room. Since she was in a hurry, she declined breakfast, but when she returned to her room later in the day she found fresh strawberries, candy, dried fruit, and a handwritten note of apology. The end result was this: Instead of an angry rating on the hotel’s website, she advocated for the hotel, highly complimenting its “5-Star Customer Service.”

6: When it benefits relationships.

Psychologist Roy F. Baumeister of Case Western Reserve University and colleagues analyzed years of study on guilt research, concluding that one of guilt’s positive purposes is to improve relationships. He writes, “You wouldn’t want to have someone with no sense of guilt as a roommate or spouse or business partner. Guilt seems to benefit relationships.” Another example he cites based on the research: “We found the single biggest cause of guilt people experience is not spending enough time with their families or their loved ones.” He concludes, “So guilt is a big force to make people pay attention to other people.”

7: When it helps us see our own character defects.

A man wrote to an advice columnist, explaining, “I had a girlfriend years ago whom I loved but did not treat well. I thought we might meet by chance and I could beg forgiveness, but I learned that my time in this world is short. That seems unlikely now.” He wondered how he could try to make this right, asking if he should call the woman or write her a letter and have it mailed after his death. The advice columnist offered him this wisdom: “Follow your heart now. Please pick up the phone or write a letter. Be completely transparent and honest. I assure you, you will feel better and she will feel touched. I hope she takes the opportunity to forgive you so that you can both close the loop and have a peaceful resolution to this relationship.”

Keep Your “But” out of Your Mouth

& Other Critical Steps toward a Heartfelt Apology

John Wayne’s classic line from the movie She Wore a Yellow Ribbon—“Never apologize, never explain”—got it half right. You do want to apologize. You don’t want to explain. So don’t make excuses. And whatever you say, don’t say “but.”

That piece of serious wisdom comes from Everett L. Worthington PhD, a professor of psychology at Virginia Commonwealth University and one of the fathers of modern research into forgiveness. His classic book To Forgive Is Human: How to Put Your Past in the Past was completed just days before his mother was brutally murdered with a crowbar. The horrible crime—a burglary that went worse—forced the professor to try his own medicine, and it proved to work. (For his 5-step forgiveness program with the acronym R-E-A-C-H, see “The Forgiveness Teacher’s Toughest Test” at spiritualityhealth.com.) Dr. Worthington developed a 7-step program to help people make an effective, heartfelt, and healing apology. The user-friendly acronym for this program is C–O–N–F–E–S–S.

Prof. Worthington suggests thinking through all the steps of the CONFESS acronym before you approach the person to deliver your apology. That way, when you’re speaking with her or him, you’ll have planned out what you’re going to say, and you won’t find yourself grasping for buts.