Apple Cider Vinegar: The Benefits and How to Use It

What if there was a healthy, organic, and cheap miracle tonic that could facilitate digestion and detoxification, aid in weight loss, cure acne, and bring on shiny hair? 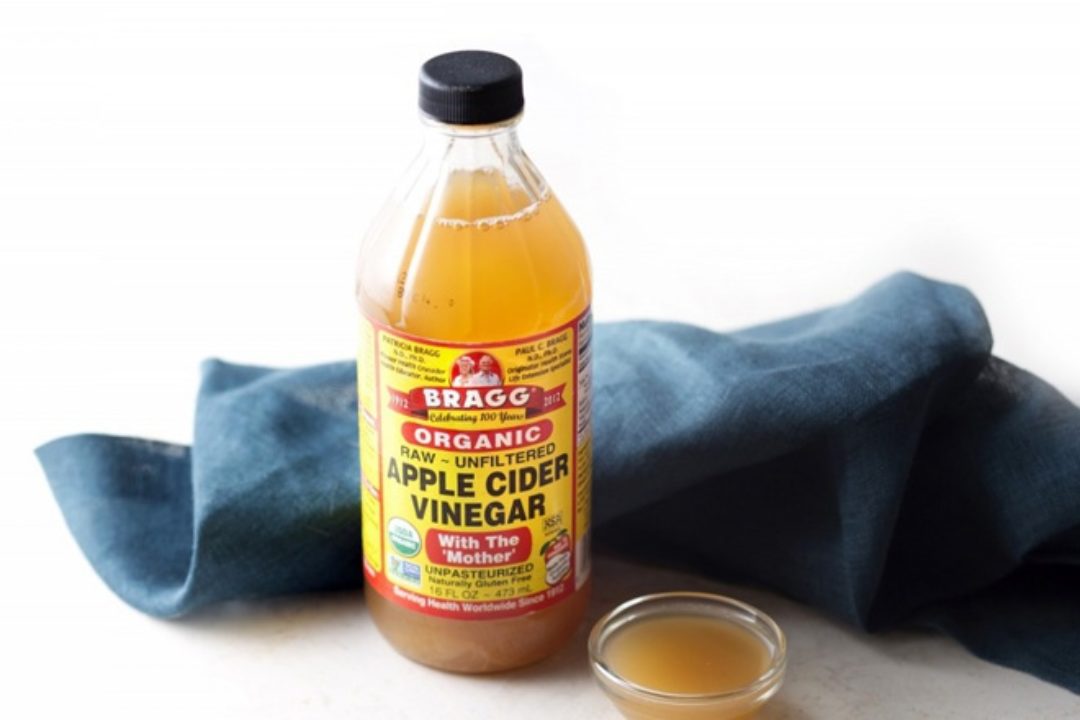 What if there was a healthy, organic, and cheap miracle tonic that could facilitate digestion and detoxification, aid in weight loss, cure acne, and bring on shiny hair? Well, there is such a thing. It’s called apple cider vinegar.

Also known as ACV, this fermented liquid is loaded with friendly bacteria, which is what has made it such an obsession within the natural health community for years. But it’s not just a folk remedy—more and more of its health benefits are being proven with both anecdotal and scientific evidence, turning apple cider vinegar from hippie favorite to mainstream phenomenon in just a few years.

What is apple cider vinegar?

ACV is a vinegar made by crushing apples, squeezing out the liquid, and adding yeast in order to ferment its sugars. The liquid is converted into alcohol, to which bacteria is then added. As it’s allowed to ferment more, it develops acetic acid, which is the main compound and active ingredient in apple cider vinegar.

The result of this fermentation process is a light brown, murky liquid. It differs from distilled white vinegar mainly because it contains the “mother,” a cloudy sediment seen within the bottle, which boasts small amounts of proteins, enzymes, amino acids, and fiber—particularly pectin from the apples—as well as plenty of “good” bacteria, giving raw ACV tons of probiotic power. The best-quality ACV is organic, raw, undistilled, and unfiltered, like Bragg Apple Cider Vinegar.

Despite some claims, ACV hasn’t exactly been found to contain high levels of nutrients and minerals. (However, some believe it may contain phytochemicals, which exist in plants to help them endure environmental stress; potentially these phytochemicals could do the same for humans.) But, one thing ACV is high in: acetic acid.

Acetic acid is naturally antimicrobial, which means it can kill bacteria and pathogens. This is what gives ACV such power to clean and disinfect. Some body ailments that it can purportedly cure, when used topically, are:

Acetic acid is known to inhibit E.coli, which means ACV makes a great ingredient in preserving and pickling foods such as garlic and cucumbers. But acetic acid has tons of health benefits, too.

While the research on apple cider vinegar’s direct effect on weight loss are inconclusive, there are a number of processes it can affect that ultimately help with dropping pounds:

Also known as blood glucose, blood sugar is the concentration of glucose in the blood. High blood sugar occurs when the body either can’t make insulin or can’t respond to it properly—and the condition can accelerate aging and increase the risk of chronic diseases. People with diabetes may experience a glucose build-up in the blood (hyperglycemia), which can damage blood vessels and increase the risk of heart disease and stroke, kidney disease, vision problems, and nerve issues.

Insulin is a hormone that helps the body absorb nutrients from food to use as energy. Eating carbohydrates increases blood sugar, and then the pancreas releases insulin to carry the sugar from the bloodstream to the organs. But a diet with excess carbs and sugars can decrease insulin sensitivity, meaning we need to produce higher-than-normal levels of insulin just to keep blood sugar stable. This makes it difficult for the body to convert carbs into energy, and instead it stores them as fat.

ACV may help increase insulin sensitivity in insulin-resistant subjects, according to another study published in Diabetes Care.

Enzymes in apple cider vinegar, as well as the fiber from the “mother,” may help the digestive process. Just like other acids, acetic acid can help the body to effectively absorb minerals from food. Scientists also believe that ACV can inhibit the digestion of starch, leading to fewer calories entering the bloodstream.

The “mother” also contains pectin, which can help to firm up stool and allow for healthy bowel movements, too. Because of these digestive benefits, ACV helps the body detox and can potentially lessen the workload of the liver.

Excessive LDL, also known as “bad” cholesterol, in the arteries increases the risk of serious cardiovascular conditions such as heart disease and hypertension. The acetic acid in ACV has shown to reduce levels of LDL cholesterol, according to a study published in the journal, Life Science:

“In general, the present study indicated that consumption of apple cider vingar can reduce the LDL, triglyceride, and cholesterol levels in patients with hyperlipidemia. Besides, given that hyperlipidemia is a known risk factor for atherosclerosis, apple cider vinegar can be used to prevent and even treat this complication and probably other heart problems.”

Another study published in the journal, Bioscience, Biotechnology, and Biochemistry found that the acetic acid in vinegar lowered blood pressure in rats, which also shows potential to improve cardiovascular health in humans.

The effects of ACV on cancer are largely contradictory and inconclusive. Various studies purport that ingesting vinegar can kill or slow the growth of cancer cells. One specific study found that ACV decreased esophageal cancer risk, but another indicated that it increases the risk of bladder cancer.

Side effects of apple cider vinegar

If the health benefits of ACV have you fired up and ready to take a swig of it, not so fast! Drinking too much undiluted apple cider vinegar can have some side effects:

How to use ACV

Be sure to dilute ACV with water or other liquids when drinking. Try this tonic recipe for a miracle beverage that may:

Tossing it back isn’t the only way to ingest ACV—it's a great healthy cooking staple. The punchy, sparkly-sour taste adds brightness to many dishes—especially salad. For the only salad dressing you’ll ever need, simply mix up these ingredients:

Here are some other super healthy, yummy recipes using ACV:

Mixing apple cider vinegar with honey is believed to make powerful elixir. Some of the claims surrounding this drink are:

After drinking ACV and honey first thing in the morning every day a month, one author at Simple Organic Life reported big changes. Her intense heartburn and frequent constipation and diarrhea subsided, she lost weight, felt more energetic throughout the day, and even noticed she no longer had bad breath in the morning.

To whip up your own ACV-and-honey tea, stir 1 teaspoon apple cider vinegar and 1 teaspoon raw honey into a cup of hot water. Sip it every morning, followed by a few glasses of water.

Apple cider vinegar around the house

Ready to banish bleach and other harmful, endocrine-disrupting, chemical cleaners from your home? ACV is a great alternative. Make an easy, powerful degreaser by combining equal parts apple cider vinegar and water. Pour into a spray bottle, shake, and spritz. This solution also works as a mildew spray for the shower.

If the pungent scent of ACV has you missing conventional cleaners, no problem! Just add several drops of your favorite essential oil to your liking. For squeaky-clean freshness, we like lemon.

Apple cider vinegar can work wonders in the yard, too, especially as a safe, natural, and eco-friendly weed killer.Here’s the how-to:

On the flip side, ACV can potentially act as a fertilizer to certain plants that love acidic soil, such as blueberry bushes, hydrangeas, and hibiscus. Mix 10 ounces of ACV with 10 gallons of water and pour on soil to help cultivate these plants.

Surprising ways to use ACV in beauty

Guess what? Some of our favorite ways to use ACV involve beauty—and we’re not alone. Its popularity as a beauty staple is growing every day. Here are two foolproof ways to use apple cider vinegar for amazing hair and skin.

Famously known as the “no poo” method, this revolutionary hair routine involves “shampooing” hair with baking soda, and conditioning with ACV. The theory is that using this base and acid combo balances the hair's pH. But since baking soda is highly basic, with a pH of 9, it might do more damage than good for the hair. According to Audrey Kunin, MD, author of the book DermaDoctor SkinStruction Manual: The Smart Guide to Healthy, Beautiful Skin and Looking Good at Any Age:

However, an ACV rinse doesn’t seem to pose such risks—in fact, it can help offset that kind of damage. Each strand of hair is protected by a cuticle comprised of tightly woven scales that lay flat against the shaft and reflect light. When the hair’s normally acidic pH balance goes out of whack from a buildup of alkaline hair products, the cuticle comes undone, leaving hair prone to breakage and giving it a frizzy, dull appearance.

The acidity of ACV can rescue hair by restoring pH balance to help repair the cuticle. The result: ultra-shiny hair! Raw, unfiltered ACV also has natural alpha-hydroxy acid that can gently exfoliate the scalp and hair to remove dead skin cells and product buildup, so depending on your hair and scalp, after using it for awhile, you might be able to skip shampoo altogether.

Try this formula for the perfect ACV conditioning hair rinse:

Put ingredients into a spray bottle and shake every time before use. In the shower, spray solution generously onto wet hair, work into scalp and strands, and rinse.

Apple cider vinegar as a toner

Apple cider vinegar’s pH-balancing properties and alpha hydroxy content also gives it major skin benefits. You can use ACV as the base for a DIY pore-cleansing toner that’s antibacterial, antifungal, antiviral, acne-fighting, and exfoliating—and it's so easy to make. Check out the recipe here.

ACV for dogs and cats

Yes, apple cider vinegar can do good for your furry friends, too! Fleas despise the acidic taste of ACV, so try adding a little of this vinegar to your pet's drinking water. For a 40-pound dog, add one teaspoon ACV to one quart of water (adjust according to the animal’s weight). For both dogs and cats, a diluted 1-1 mixture of ACV and water can be sprayed directly onto their fur and skin. (Dilution is especially important for cats, who tend to have more sensitive skin.)

So what did we tell you? ACV really does have amazing health benefits all around—and there’s anecdotal andscientific evidence to prove it! Better make sure to grab a bottle ASAP—and it’ll only cost you $3 at Thrive Market!

This article was first published on Thrive Market. To see the original article, please click here. 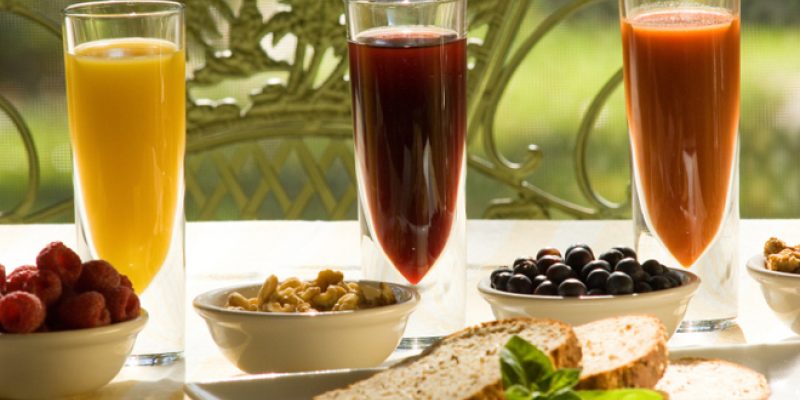 Juice Revolution: How to Drink Your Way to Better Health 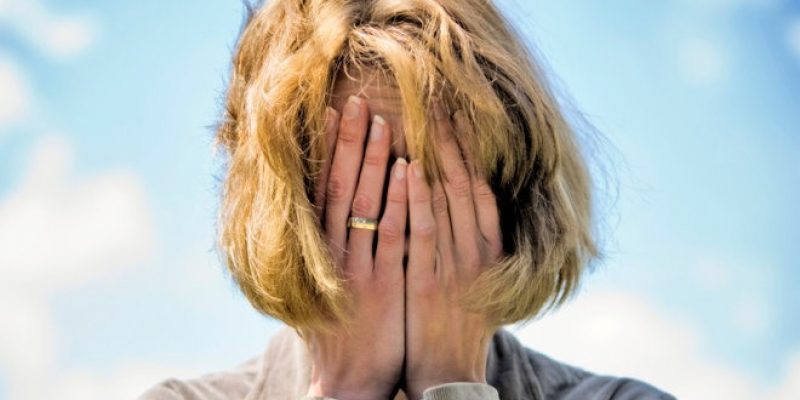