Budokon started off as a Hollywood fitness fad, but creator Cameron Shayne left the limelight to take his life arts program to a deeper level. 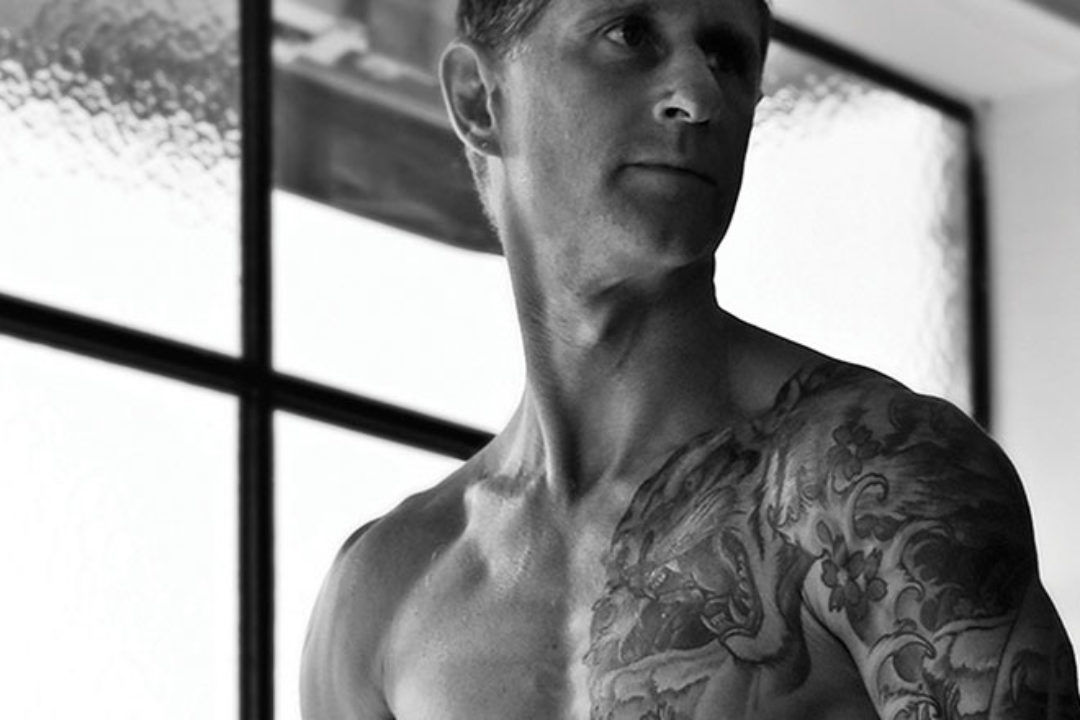 Worlds away from his quiet Southern Baptist upbringing in Charlotte, North Carolina, Cameron Shayne found himself in the dizzying buzz of Los Angeles. A young twenty-something with a decade of martial arts training already under his belt, Shayne’s appetite for learning was sated by L.A.’s cultural melting pot, the emerging organic and raw foods scene of the 1990s, and a vigorous yoga community.

It was this exposure that moved Shayne eventually to found Budokon, an integrative program of martial arts, yoga, and life coaching. Rooted in the Japanese language, the word Budokon translates to “the way of the warrior spirit,” a philosophy and way of life that Shayne embodies and now teaches to hundreds of his students each year.

“When I found yoga, I really thought I was a tough, strong, accomplished guy,” says Shayne, with a laugh. “I was a martial artist and a black belt. And I found (the postures and breathing) so confronting. It really showed up for me as a new way to see my body. It wasn’t dynamic and explosive; it was slow and thoughtful.”

With black belts in tae kwon do and karate (he’s currently one belt away from a black belt in Brazilian jujitsu), Shayne focused on the ways in which martial arts and yoga could complement each other and worked to integrate the two. “When I put these two together, it was really a deep, philosophical interweaving that I was playing with,” says Shayne. “With martial arts you get to look at your violence. You get to look at your aggression. It comes out; you have to deal with it instead of repressing it, pretending it’s not there or wishing it away or practicing it away. And then for people who are really aggressive or intense or confrontational, yoga is so beautiful because yoga is about getting in touch with yourself and your vulnerability.”

While incorporating yoga into his martial arts practice, Shayne worked as a bodyguard to a Hollywood bad boy and began developing his unique Budokon-style fitness techniques for classes and personal training sessions with A-list celebrities. His association with these actors brought high visibility, and soon, celebrity magazines began running stories about his work. In Shayne’s view, however, the exposure and stories were missing the point of what Budokon, at its roots, really was: a practice more meaningful than just another fitness fad.

“It started to not feel good,” says Shayne. “I wasn’t in the magazines I wanted to be in. I wanted something that was promoting . . . how we were changing the planet, not (magazines) sensationalizing about how you get your ass trimmed down so you can fit into these jeans. That was my worst nightmare.”

Shayne took his curriculum, left Los Angeles, and founded Budokon University in Miami Beach in 2004. The program offered a mixture of martial arts and yoga, which over time branched out into two separate training programs—one focusing on a black belt in Budokon-style martial arts and the other a certification program in Budokon-style yoga that physically resembles vinyasa flow, with dancelike, tai chi–style movements.

Both include curricula rooted deeply in life arts, with a six-pillar system: movement, thoughts, emotions, relationships, environment, and nutrition. “This is really what we pride ourselves on. We’re the only martial arts system that integrates yoga and life coaching,” says Shayne. “We want to teach our students to live big, colorful lives and be leaders in their communities and contribute. We know that they can’t do that if they’re not well versed in what we feel [are] the most important areas” where human beings express themselves.

More than 500 graduates have reaped the benefits of the program. One of them, Donato Helbling, came to Budokon in 2005, a year after the school was founded. With a background in martial arts including Brazilian capoeira, Helbling holds a brown belt in Budokon. His love for Budokon has led him around the world, assisting in workshops alongside Shayne. Today, he is the director of Budokon Miami and Latin America.

“Kancho, as we call [Shayne], is an outstanding teacher,” says Helbling. “He is also a tough teacher. You have to be ready to be cut open, shown your cancer, and do the work to remove it. He has a great eye for human potential and for self-imposed limitations. He is amazing at holding up a mirror that reflects your weaknesses. At the same time, he can be very compassionate and accommodating, allowing students to follow their own process and evolve at their own pace.”

But Shayne is quick to reject the role of exalted teacher. “I am not a guru, I am not a spiritual teacher, I am not really any of those things,” he says. “I am first and foremost an artist, and Budokon happens to be one way that I express my art.”

A musician and a writer who is working with an illustrator on his first book, Shayne has a busy schedule of monthly trainings and travel, leaving little time for self-reflection. “I find that my physical practice is done with my students often,” says Shayne. “As for my personal work, I don’t get a lot of time to sit and reflect and be still.

“A lot of people think you need a specific amount of time [for practice]. I don’t know if you’ve ever lived in nature before, but nature doesn’t work like that. It doesn’t offer you a consistent, dependable environment. In other words, it snows when it wants to. It droughts when it wants to, it floods when it wants to. I also recognize that right now it’s crucial for the development of this art form, and I love the experience. You just work with what you’ve got. Some seasons are rainy, and some seasons are dry.”

Originally published as "The Practice That Cameron Built" in Spirituality & Health's Practice issue. 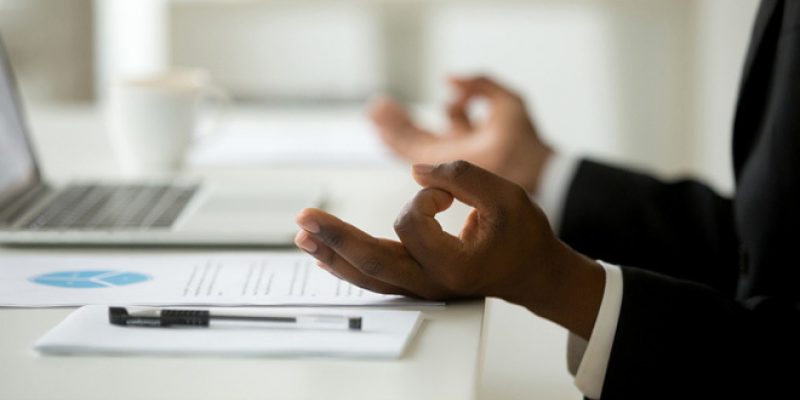 Desk Yoga for Your Hands and Wrists 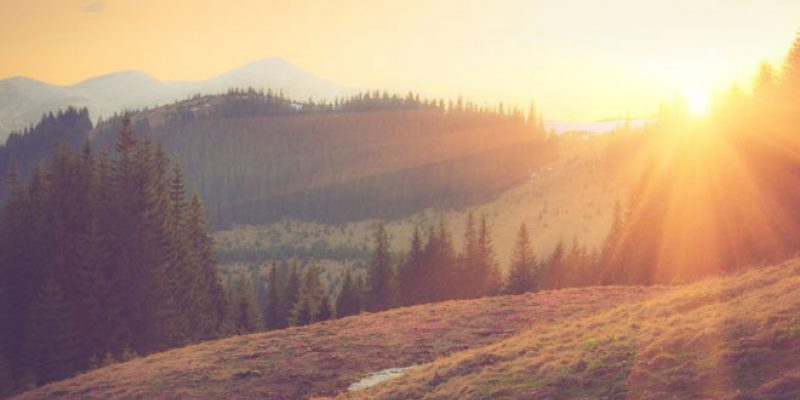 Hanblechia: Relearning My Relationship To Food Through Fasting 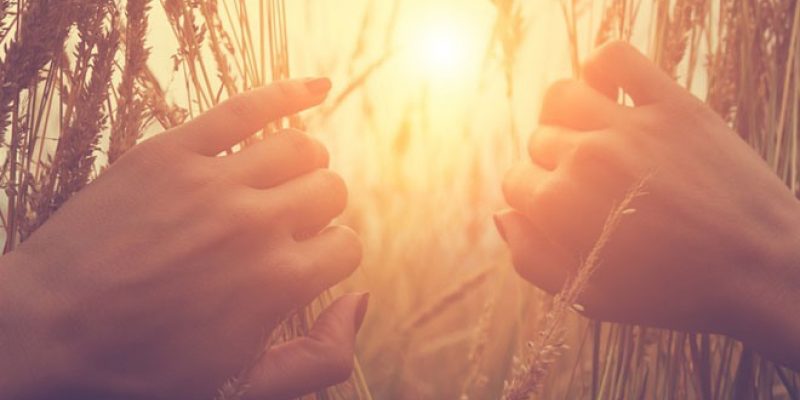 The Potent Power of the Sun