Spiritualist healer John of God calls thousands to the Omega Institute each year. How did an illiterate farmer with no medical training become such a beacon?

In the spring of 2001, while teaching in Brazil, I went to visit John of God, the world’s best-known practitioner of spiritism and a man said to have helped cure thousands of people since 1956 of all manner of emotional and physical problems. At the time I knew almost nothing about his tradition. I was just curious how an illiterate farmer with no medical training had become so successful. Reportedly, John of God was able to perform psychic surgery as well as physical surgeries while in trance.

My doctorate in psychology had led me to believe that spiritual healing is usually an -illusion, but I was also certain that psychologists and psychiatrists do not know all the causes of mental illness. I was willing to explore; in fact, I sensed a profound inner calling. And the trip was not just for me.

One of my dearest friends, Jim, was paraplegic and experiencing unrelenting physical pain. He had sought help from the best physicians in the world and even sponsored research on spinal problems at Yale University, but none of these expensive measures had relieved his discomfort. Meditation offered him pain relief, so he was fairly sure the mind could affect healing.

But could John of God? Jim said, “You go, and if you feel this might help me, I’ll make the trip.”

When I walked up to John of God for my personal consultation, I saw a kindly man in his early 60s seated in a straight-backed armchair. His eyes scanned me briefly before he said, “Psychic surgery — this afternoon!” What had he seen, I wondered? His assistants said that psychic surgery could prevent illness from occurring up to seven years in the future and that thousands of benevolent disembodied entities would be helping me, both during the surgery and afterwards — even at home in the U.S. My academic training said, “This is magical thinking. I’m not ill, and he can’t possibly prevent illnesses from happening in the future.” My body, however, was pulsing with energy, and I sensed the presence of a powerful, loving force, something I had previously felt in deep meditation. I chose to go along with the treatment.

Sitting in silent prayer, eyes closed as directed, with 35 others in the psychic surgery room, I felt as if molecular changes were being made in my physical heart, but no person touched me. Was I imagining things? “Shhh,” I told myself, “just experience this. If you must, think about it later.” Following the session, I did the recommended protocols, including resting and meditating in my room for 24 hours.

And something happened — both in the surgery room and afterwards, I experienced a profoundly deepening peace— a beneficent force within and around me. My compassion and love for life was expanding. My soul and my spirit seemed increasingly more real. I felt blessed with an all-pervasive knowing that the physical body is only a vehicle to carry us through this life as we learn to grow in love. For me, the psychic surgery was successful! I experienced a healing of the spirit.

And I wasn’t alone. I heard extraordinary healing stories from others who had made the trek to visit John of God. Some said they were healed of cancers, AIDS, mental retardation, and complex physical issues like multiple sclerosis. Jim came late, and we both witnessed the kindness and creative inspiration that flowed freely through the community that surrounds John of God.

Still, I wondered, had I fallen, like Alice in Wonderland, down a rabbit hole into a play of group delusion? (The good weather and the romance of waterfalls in Brazil reinforced the idyllic nature of the place.) Or had I been guided to some archetypal well for healing the spirit? Impressed but still skeptical, I wanted to explore spiritist centers in Brazil.

What Is Spiritism?
Brazilian spiritism is a branch of spiritualism, which originated in Paris in the 1850s when Allan Kardec decided to apply methods of scientific inquiry to the study of psychic phenomena during séances. Kardec drew up a list of questions — about the reason for life, what happens at death, what the afterworld is like, and how spirits interact with human beings — which he gave to a large number of mediums who were unknown to each other. Then he collated the answers that were common to all the mediums, and these answers, along with brief commentaries by Kardec, were published in book form. (See allan-kardec.org or usspiritistcouncil.com for free downloads of Kardec’s books.)

Today, Kardec’s followers believe in a loving God, the supreme intelligent force, with whom all people may have direct communication but without rituals, priesthood, churches, or symbols and without living in fear of hell or damnation. At spiritualist centers, everyone is encouraged to take a basic class emphasizing moral precepts of the New Testament and the concept that every action has a consequence — what Eastern philosophies refer to as the natural law of karma, or cause and effect. Some students train to be healers at spiritist centers, and some who make that choice have backgrounds in medicine and psychology; they are beginning to integrate spiritist healing into their practices.

Spiritists believe that the majority of mental illnesses (not caused by obvious psychosocial or biological problems), including addiction, are strongly influenced in the patient’s interaction with negatively motivated spirits. These can attach themselves to an individual for a period of time, influencing that person’s thoughts and diminishing his or her will power. These negative spirits are often confused, not knowing that they are dead. They can be still attached to the pleasures of material life (e.g., drinking alcohol) or seeking revenge for harm caused in previous lifetimes (e.g., having been murdered by the person to whom they were attached).

Spiritists believe that when a patient is motivated to do something negative, the behavior is caused by his own weakness, accentuated by the attachment of a spirit. In other words, he is “obsessed.” When a patient has no ability to exercise her will over the negative influence, then she is considered to be “possessed.” Possession is rare, but obsessive thinking (e.g., repetition of certain thoughts like “Am I good enough?” or “Life is sad”) is very common. An essential part of spiritist therapy is replacing negative thoughts with positive thoughts.

Another spiritist avenue for emotional healing is making amends for prior negative behaviors. Here, patients reorient their lives to more loving action. Mediums may assist patients to discover circumstances in prior lifetimes that have led to problems in this lifetime. By discussing the earlier events, atoning for past wrongdoing, and finding more ethical and wise patterns of relating in the present, it is believed that one can be freed of the karma of past transgressions.

In the course of my research, I did witness spirit-releasing therapies as having profoundly positive results, liberating patients from both emotional and physical disease. I also noted that it does not seem necessary for the patient to “believe” in spirits to obtain positive results.

Healing Must Be Freely Given
“What has been given freely by God, must be freely given to others.” So believe Brazilian spiritist mediums. Charging money for services opens the door to less-evolved spirits, downgrading the work and possibly damaging the healer or medium by causing addiction and mental and/or physical disease.

A person attending a spiritist center in Brazil has access to a wide variety of other free services as well. As in many public welfare systems, the individual begins by meeting a social worker or counselor to determine his or her needs. He may then be offered coaching or counseling, classes in life-skill training, self-awareness, spiritual evolution, healing through laying on of hands, and/or consultation with a medical intuitive or a physician who may also give nutritional supplements and therapeutic drugs. (Spiritists strongly encourage people to attend to the physical body through conventional medicine, alongside spiritist activities.) In addition, the centers offer classroom and practical training for those who are naturally sensitive so they can harness their talents to serve others as mediums and healers. In Brazil, more than 128 forms of mediumship have been defined. One example is receiving messages from spirits through “automatic writing” in order to comfort the living.

Spiritist centers are maintained by private donations only. They are not extensions of the government or any church. Most of the people who work at the centers — the teachers and healers, including physicians, lawyers, and financial planners — volunteer. A few key administrators and janitorial staff are paid a wage. This keeps operating costs at a minimum. There are no membership dues, yet many centers are quite large. One residential care center in São Paulo has room for 650 retarded children and adults, has a paid staff of 1,300, and more than 1,000 volunteers.

A Community of Healing
Sessions are typically done by a small group of healers working together. The patient sits on a chair or lies on a bed in the middle of the circle of healers. Thus, healing is ascribed to the group and is not the responsibility of one person.

Trained spiritist healers can perceive the seeds of illness in the energy around the body and in the spirit. For healing both mental and physical illnesses, spiritists usually use a specific form of laying on of hands (generically called passe in Portuguese), in which the healer passes his or her hands above the body of the patient with the intention of transmitting a universal divine energy to the recipient. These energy transmissions are believed to break up congestion or strengthen an area of weakness. This kind of healing is also practiced as preventive care to stop the development of disease states.

When I was first invited to experience this group healing, I sat in the designated patient chair and listened as the supervising healer suggested that I be given healing to my heart. (My emotions have been the greatest challenges in my life.) As the group members directed their energy toward me, I felt as if I was being gently and lovingly held and appreciated by spiritual brothers and sisters. There was a softening, a letting go. The energy was palpable — as if a healing laser of light was directed into my heart. I remembered Christ’s words: “When two or more are gathered in my name, there I shall be.” I am eternally grateful that I followed the pull to visit spiritist centers in Brazil. It has provided me — and my friend, Jim — with healing and a map of the journey.

Emma Bragdon, Ph.D., personally leads groups to visit spiritist centers and consults with John of God in Brazil on a regular basis. You can learn more about her on page 8, and through her website: emmabragdon.com. 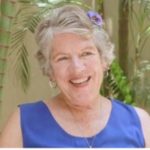 Emma Bragdon, PhD, (Transpersonal Psychology) is the Executive Director of IMHU.org. She wrote two of the pioneering books on Spiritual Emergency and has been a seminal leader in the field since 1985. She also offers fee-based, private consultation in Vermont. [email protected]