Relax When Too Many Things Are Up in the Air 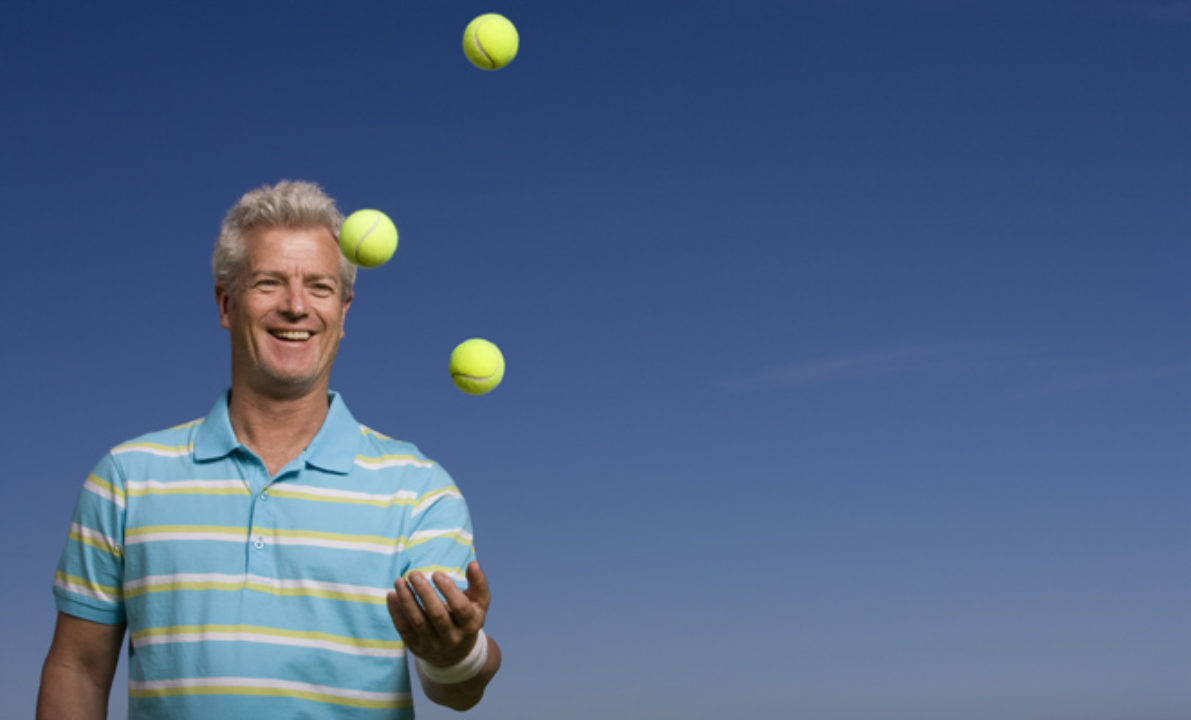 When life throws curve balls at Ryan Christensen, he juggles them — literally. A self-described depressed, obese teenager, Ryan practiced juggling while his parents’ marriage dissolved and his classmates teased him. A decade or so later, he kept up his juggling practice during months in the hospital after he nearly died from complications following a tonsillectomy — and he continued juggling through the stress of huge medical bills that followed. During tough times, juggling has soothed Ryan’s body and soul.

Juggling has also been a source of self-awareness, self-confidence, and physical achievement. Ryan and his juggling partner Philip Fox, known together as the Entertain Men, first started juggling with mandarin oranges in their early teen years and have since worked their way up to juggling 14-pound bowling balls. That makes for quite a workout, Ryan says.

Perhaps the most compelling and unexpected aspect of juggling is its usefulness as a “work-in,” with its ability to boost self-esteem, its meditative qualities, and — one recent study shows — the way it increases gray matter in the brain.

FEELING BETTER
What Ryan loves about juggling is the way that it helps him feel better. Better still, he’s observed that anyone who watches him juggle appears to be in a better mood in relatively short order.

“Growing up juggling, I’ve blossomed as a person and as an entertainer. Phil and I have had lots of time to think about what juggling does for us and what it can do for others. The natural high of performing is incredible, and it builds self-confidence and self-awareness.”

Over the years, the more skillful Ryan became at juggling, the better he felt. Being able to juggle three or more balls and to juggle objects other than balls, Ryan found that “it doesn’t matter if you drop or not. No one cares; they’re just inspired. It doesn’t matter whether you can do an amazing trick or not. It’s about being able to perform, to enjoy what you’re doing, and letting people enjoy what you’re able to create for them.” What you’re creating, he continues, is a good memory, and that’s something that makes everyone feel better.

Juggling is also healing. The meditative nature of skilled juggling, he says, helps you set aside the daily stresses of life. “Juggling helps you come into the center of who you really are and helps you recognize your blessings,” he says. “Once you’ve learned to juggle, and you’re able to juggle without really thinking about it, that’s when it becomes a meditative practice, an experience of relaxed concentration.”

BRAIN BOOST
Results from a recent study suggest juggling could be a useful part of a healthy brain fitness routine in later life. In research done at the University of Hamburg, learning to juggle three balls was shown to increase gray matter in the brain in less than two weeks.

An article about the study in HealthDay emphasized that learning to juggle activated the same parts of the brain in older folks as it did in young people, refuting the cliché about “old dogs” and “new tricks.” The increase in gray matter occurred while study participants were actively learning to juggle, and the increase occurred in the area of the brain associated with vision and motion.

For both older jugglers and younger ones, the brain-building benefits faded when they stopped regularly practicing the new skill. Ryan points out the youthful and energizing effects of learning something new: “I feel like I am unstoppable when I juggle,” he says enthusiastically.

HOW TO JUGGLE
For the first seven years that Ryan juggled, he practiced about 30 hours a week. Now, he practices about seven hours a week in addition to performing at corporate events and parties. “Every performance is a practice,” he says.

The Entertain Men offer juggling lessons through their website, JugglingGuru.com. For about $10, they provide video clips that teach juggling basics. To help would-be jugglers stick with the practice, JugglingGuru.com provides regular email follow-ups over the course of a month to help track your progress. Each week, you chart your practice time and your number of “drops,” along with your progress with one ball, two balls, two balls in opposite directions, and three balls.
Ryan enjoys sharing the uplifting experience of juggling, whether through performance or training. In the world of performance juggling, tossing three balls is a relatively simple practice. And in that simple toss, Ryan finds a compelling meditation. The three-ball pattern is that of a figure 8 resting on its side. “So when you juggle three balls,” he says, “you’re literally juggling the endless pattern of infinity.” That makes for an elegant expression of mind and body working together. 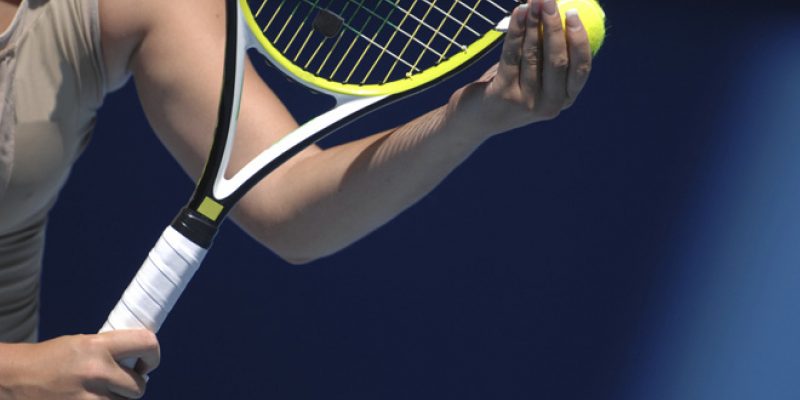 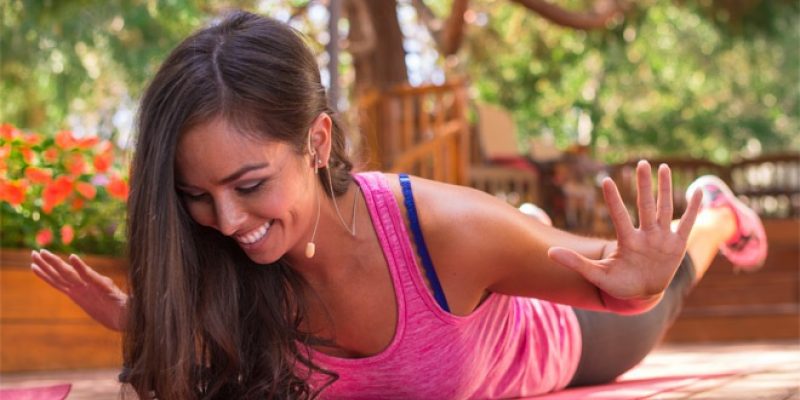 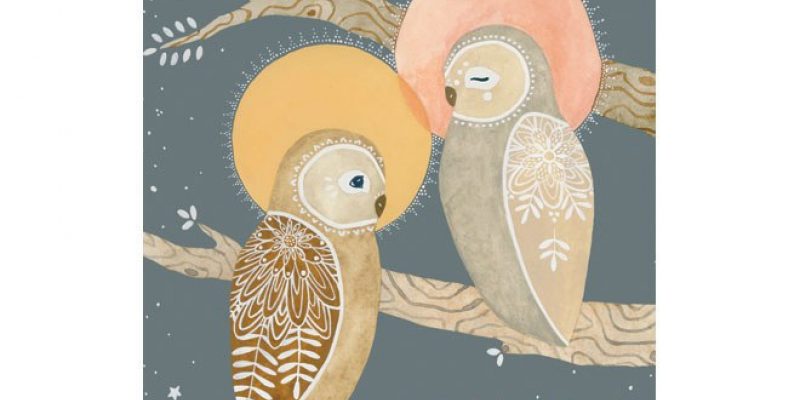 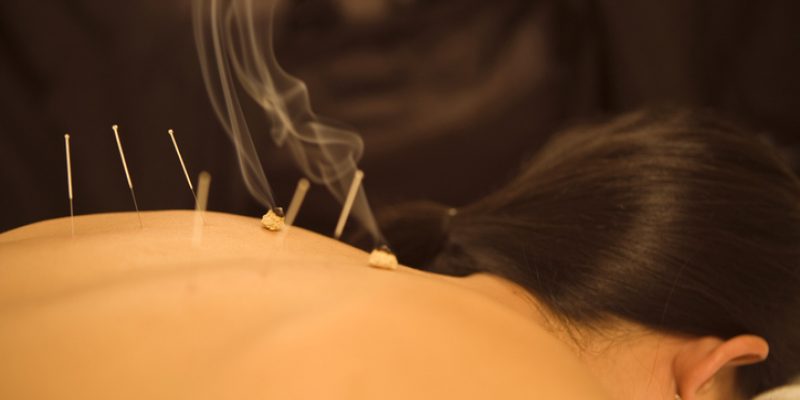 Traditional Chinese Medicine: The Witchiest Medicine of the West?