“This image of Kant as a genius, toiling quietly but brilliantly away in his little house in Konigsberg, is not wrong. But it also fails to reflect the full picture of the man, both as a philosopher and as a human being.”

Excerpt from Choosing Freedom: A Kantian Guide to Life by Karen Stohr.

Presumably you picked up this book because something sparked your interest in Immanuel Kant. Perhaps you studied him in a philosophy class years ago. Perhaps you’re in college studying him now. Or perhaps you’re a fan of The Good Place and are wondering why Chidi gets so excited whenever he talks about Kant. Or maybe you’ve only vaguely heard of Kant, but you’re interested in what he said about how to live well. You may know that he is a philosophical giant of Western history. If you’ve ever encountered Kant’s work, you will be aware that he wrote extremely complicated books about highly abstract topics. In any case, you may be at least a little bit skeptical about whether Kant has anything to teach you about how to live your life.

My aim in this book is to show you that Kant’s ethical outlook is as relevant and useful as it was in the eighteenth century. Maybe even more so. Kant’s arguments for the value of living in accordance with rational principles have appealed to many people over the past several hundred years. To others, however, Kant’s theory has seemed overly abstract and perhaps even cold in its emphasis on rationality rather than emotion. This concern is understandable. It’s also based on a mischaracterization of Kant, one that has been sadly common even among philosophers. In this book, I will be seeking to remedy that mischaracterization and introduce you to a different Kant, one you may not have met before.

This image of Kant as a genius, toiling quietly but brilliantly away in his little house in Konigsberg, is not wrong. But it also fails to reflect the full picture of the man, both as a philosopher and as a human being. You probably know the expression, “You can’t see the forest for the trees.” Usually when someone says this, they mean that we should stop focusing on the trees because that will prevent us from seeing the (more important) forest. At the same time, however, focusing entirely on the forest can mean that we miss out on some really interesting trees. The “forests” of Kant’s thought are so impressive and so challenging to work through that one could spend a lifetime just trying to make them out. But we should also attend to the “trees” that make up that Kantian forest, particularly when it comes to his ethics.

Choosing Freedom is part of the Guides to the Good Life Series, a collection of accessible and friendly guides which draw on philosophy from the ancient world through modern times. The series highlights some of the transformative ideas that philosophers have had about the good life, and the practices that help us to pursue it. 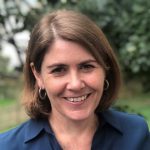 Karen Stohr is the Ryan Family Professor of Metaphysics and Moral Philosophy at Georgetown University, where she is also a Senior Research Scholar in the Kennedy Institute of Ethics.

Pastor Tony Spell: Why I Love Him

Explore what it's like to be grounded in the divine in this discussion with guest host Sarah ...

A Blanketing Ritual for the Full Snow Moon

Explore the magical potential of the Snow Moon. Its safety and shelter can assist in letting go.

The author is a student of Mingyur Rinpoche and explains her experiences with the monk.

The path for building your spiritual stamina toward planetary leadership and moving forward in ...