“With all the polarity and violence we are suffering through today, it helps to learn from another time, when the violence and want for vengeance was just as extreme.”

With all the polarity and violence we are suffering through today, it helps to learn from another time, when the violence and want for vengeance was just as extreme. It helps to understand how another age found their way back to caring for each other. For it’s often a small but courageous pause that lets the fire of our vengeance go out, so that the reach, again, for what matters can ignite our compassion.

This is the story of the five Iroquois Nations, known as “the people of the longhouse.” They are the Mohawk, Oneida, Onondaga, Cayuga, and Seneca. These tribes have lived for gen- erations in the southern Great Lakes area, extending into Canada and along both sides of the Allegheny Mountains into Virginia, Kentucky, and the Ohio Valley. For decades, these tribes were in vengeful conflict with each other. It was the most violent period in Iroquois history, with one brutal act leading to another.

Legend has it that the Great Spirit contemplated beginning again, the way God in the Western tradition sent Noah to survive the great flood. Instead, the Great Spirit sent a peacemaker to forge a lasting truce among the nations. This took place around 1570.

The first person to accept the peacemaker was a kind woman, Jikonsahseh. Her home was a safe place for anyone, no matter the blood on their hands. Tired warriors would leave their weapons outside and she would bathe them and feed them till they forgot why they were fighting.

Then there was Tadodarho, an evil warrior who resisted the peacemaker with his entire being. Nothing could persuade Tadodarho to accept the notion of peace. Finally, the peace- maker gathered 49 true warriors and together they worked on opening the mind of Tadodarho. Eventually, the dark warrior couldn’t resist and he accepted the notion of peace. It was then that the peacemaker offered Tadodarho a special role in the years to come. Because he knew the heart of violence so intimately, Tadodarho was asked to watch for the signs of violence growing in others. And Tadodarho was asked to guard the fire of peace and to keep it burning on behalf of the five nations. With his heart fully opened, Tadodarho agreed.

This part of the story represents the eternal argument between the peacemaker within us and the vengeful, hurtful one, the Tadodarho within us. Often, we need a safe place to put down our weapons, so we can summon the 49 voices of love to work on the vengeful one who lingers in our darkness.

The peacemaker then replanted the tree over the buried weapons and placed an eagle to live atop the white pine, so no one would forget the Great Tree of Peace. In time, the muscular roots grew into place around the decomposing weapons, not letting them surface back into the world. In time, the mulch of the buried weapons fed the roots of peace. And Tadodarho, the evil one turned firekeeper, spent the rest of his days watching over the Great Tree of Peace.

Each time around, we need to bury our weapons under our common roots. Each time we’re tempted toward vengeance, we need to listen to the 49 voices of love until they turn the vengeful one within us into a firekeeper of peace.

A Question to Walk With

Bring four or five friends together. In conversation, each describe a value or pattern of inherited behavior that you’re struggling to free yourself from. Why do you want to change this? What kind of resistance are you facing? In the next three weeks, identify one pattern of inherited behavior in your community that needs to change and convene a conversation about this. Encourage each person in your small group to convene a simi- lar group on their own to explore the same questions.

The Iroquois tribal system involved three councils among the five nations. The first was the Council of Chiefs, whose members were known as sachems. They were elected by the women of noble families. There were 50 sachems who served life terms unless deposed by the women who selected them. The second council was the Pine Tree Chiefs, chosen on merit by the worthiest warriors. And the third council was the Firekeepers, comprised of Onondaga chiefs who served as a moderating body.

We’re all firekeepers struggling to keep our roots wrapped around our weapons, trying to keep the centuries of violence at bay. It’s the 49 voices of love that keep justice from turning into vengeance. And only strong, common roots can turn our weapons into dust.

This excerpt is from Mark’s book on community, More Together Than Alone, published in 2018 by Atria (USA) and Rider Books (UK). 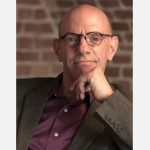 16 Affirmations For Loving Your Body

One Nation Under God?

Can individual states establish a preferred religion? “Lots of Americans believe the United ...

The Healing Power of Chant

Kirtan practitioner Snatam Kaur finds the vibrations that move us, body and soul.

5 Stretches for a Long Plane Ride

Contorted into a plane seat? Here are a few (discreet) stretches you can do to keep your blood ...

Finding Home in the Moment

Letting Go of the Fear of Death

An excerpt from Grateful Exit: How to Advocate Effectively, Take Care of Yourself, and Be ...