American singer-songwriter Joan Osborne’s tenth studio album, Trouble and Strife, is a response to “the crazy, chaotic times we’re living in,” she says, and “a recognition of the important role music has to play in this moment. Music has a unique ability to reenergize people and allow us to continue to hang on to that sense of joy of being alive.”

Osborne provided S&H with a list of the top seven most spiritually uplifting songs that have influenced her life and art.

I’m so gratified to see Rosetta Tharpe being recognized more and more in recent years as the trailblazer and pioneer she was. In the 1930s and 40s, she was a star with a unique mixture of gospel, glamor, and her own blazing electric guitar playing that influenced early rock artists like Little Richard, Johnny Cash, Chuck Berry, and Elvis Presley. She turned her 1951 wedding to her manager into a paying gig and attracted a crowd of 25,000 fans to watch her tie the knot (for the third time). To me this song feels like a little private touchstone: I love the idea of singing in your soul, whether anyone else knows it or not.

I had the pleasure and honor to meet Anoushka years ago at a world music festival, and to see her perform with her father, sitar legend Ravi Shankar. It was beautiful to watch the elder master pass along the tradition of this music in such a personal, intimate way, and I still remember the way they beamed at each other in performance. She is now a solo artist of incredible skill and depth, and this piece is one of many that can bring you a lot of joy.

3. The Holmes Brothers’s “Can’t No Grave Hold My Body Down”

This is from a group I have a long history with. I first saw them in NYC in the 1980s, before I dreamed of having a music career of my own, and they blew me away with their fiery, funky grooves, soaring harmonies, and infectious charisma. By the time this album was in the works we had been friends for years, I was a professional singer with a hit album, and they asked me to be their producer. I’ll always be grateful to them for this opportunity, and for the warm friendship they extended to me and to everyone in their world. RIP Wendell and Popsy, and blessings on you, Sherman.

I spent the summer I turned 21 in Maine, working three different restaurant jobs to save money so I could move to New York City. A friend who was a dishwasher turned me on to this album, and I remember listening to it on my little boombox in my rare time off, hiking in the woods and feeling so deeply connected to the natural world. The lyrics “Would you find me / Would you kiss my eyes / Lay me down / In silence easy / To be born again” look so simple on the page, but Van’s voice transforms them into some of the most spiritually penetrating I have ever experienced.

There is nothing like the sound of many human voices raised in song. I stumbled upon this Grammy-winning choir in a YouTube rabbit hole one day, and I felt an instant uplift from this track. The South African sound is of course familiar to fans of Paul Simon’s “Graceland”; here is a heaping helping of it in its pure form. I admit I don’t know what the lyrics are saying, but this music takes me to a place of meaning beyond language. If their website is correct, they will be touring the US again this fall, so catch them live if you can.

Here’s another piece of music that doesn’t rely on literal meaning to engage us. I don’t speak Latin, but that doesn’t detract from my experience of the soaring beauty of this piece, composed by the 11th-century abbess (and straight-up genius) Hildegard Von Bingen. The acapella group Anonymous 4 disbanded in 2016 to pursue individual projects, but they left us all a treasure trove of gorgeous recordings like this one. The precision they bring to these harmonies makes me feel as though I’ve stepped into a time machine and emerged in a medieval convent (in a good way).

I can’t make a list of my favorite spiritual music without including The Staple Singers. Lead singer Mavis has been a hero of mine for decades, and one of the great joys of my life was to sing with her every night when we toured together. The Staples started out as a straight gospel group, then attracted a folk following in the 1960s and crossed over to pop audiences in the 70s with songs like “I’ll Take You There” and “Respect Yourself.” This song doesn’t mention Jesus by name, but it does make the idea of universal love so warm and inviting that I don’t see how anyone can refuse. 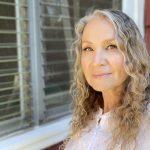 Joan Osborne is an American singer-songwriter. On her tenth studio album, the masterful Trouble and Strife, Osborne has issued a clarion call. With stunning vocals, a diverse range of sonics, and incisive lyrics, this deeply...

Hope sustains believers across the spectrum, whether they follow the stars, Wakan Tanka, Jesus, ...

Spiritual Meaning of the Vernal Equinox

The spiritual meaning of the spring equinox may resonate with a feeling of lightening and ...

14 Spiritual Affirmations to Assist in Your Awakening

Consider a spiritual awakening as a major wake-up call from the universe. Spiritual affirmations ...

Ignite spiritual fire and attract joy with this revamped spin on an age-old practice.