It's important to support trans children who identify as a specific gender or not exclusively as the gender they were assigned at birth. We can also know our children as spirits with both masculine and feminine energies.

Ask any expectant parent what question is most asked of them and they will likely tell you it’s, “Do you want a girl or a boy?” Though the demographics vary a bit, roughly 60 percent of those expecting give in to their own curiosities and, during routine ultrasounds, learn what the sex of their unborn baby is.

As an RN caring for pregnant women, I’ve posed a slight variation of that same question, having wondered just how many of my patients could accurately predict the sex of their unborn child without the aid of technology. Fascinatingly, roughly 60 to 70 percent were able to somehow sense the sex of their baby. Most women claimed they “just knew,” sometimes from the very moment they discovered they had conceived.

But what exactly was it they were sensing? When I asked for detail, the majority of the women described a simple awareness of either a girl quality or boy quality whenever focusing on their unborn child. Some of those who could not predict the sex of their child explained that they were unable to distinguish a particular quality altogether; at times they sensed a boy and other times a girl.

Fluidity of the Soul

Only after my own pregnancies did I realize that what they were actually sensing was both the masculine and feminine energies of their unborn child.

From the start of my first pregnancy I sensed masculine energy, and, as expected, my child was born male. Throughout the pregnancy of my last-born, I predominantly perceived feminine energy, and she was indeed born female. However, I was not able to accurately predict the sex of my middle child. I sensed both feminine and masculine energies but slightly more feminine. Everyone else—friends, family, and even strangers who would approach my swollen belly—would pronounce “that’s a girl.” But to everyone’s surprise, I gave birth to a male. A male who grew up hating sports, played a lot with girls as a kid, and is kind, nurturing, and highly sensitive—all attributes associated more with females than males. He is a soul with more feminine energy than masculine. Growing up in the late 1990s to early 2000s, he was teased in school and consequently lacked confidence when trying to make new friends.

Since around 2008, gender reveal parties have been very popular in the US. Cakes, piñatas, fireworks, and more contain the hidden revelation in either pink or blue. And with it comes a whole set of expectations, like a little boy’s desire to play with trucks or action figures and a little girl’s tendency to care for her dolls.

But the spirit is composed of both masculine and feminine energies. It has no true gender and it transcends the carnality of human sexuality. We each possess what is often referred to in ancient Chinese culture as yin and yang forces—the duality, coexistence, and unity of opposites that form a whole. The masculine and feminine energies of the spirit represent paradox, transformation, unity in diversity, and, of course, harmony. There are never complete separations between these two radiant forces within us. Moreover, like the yin-yang symbol itself, these energies are fluid with components of each opposite residing in the other.

Every soul is beautifully unisex and as such can have innate characteristics that society says are associated with certain genders. In other words, the traits we consider as being masculine such as aggression, courage, or competitiveness, can belong to the soul of a female. (Likewise, they may not be dominant in someone who is male.) As a woman, she may emerge as ambitious or gutsy, and these traits may serve her well throughout her life. The traits we consider feminine, like nurturing, gentleness, and sensitivity can be part of the spirit of a male too. As a grown man these attributes can make him a wonderful companion and father.

Between eighteen and thirty-six months of age, a child starts to learn from societal cues what it means to be a girl or a boy. Gender cues can come from media, family, and other sources that will include what’s expected of them in the future in terms of love and companionship. However, what if a child’s predominant energy and innate characteristics are typically aligned with those of the opposite gender?

Knowing a Child as Spirit

Yet again, we see the expansive energy dynamics of the soul need not conform to the limitations of biology. Gender identity, or lack thereof, is far from being the product of anatomy. Furthermore, for some, the masculine and feminine fluidity of the soul can express itself differently at different times throughout a lifetime. Some cultures have come a long way in terms of their views and attitudes toward gender identity diversity, but we still have a very long way to go globally.

In his groundbreaking studies spanning four decades, the late Ian Stevenson, a world-renowned psychiatrist and research professor at the University of Virginia School of Medicine, collected thousands of verified cases of children with past-life memories. In his massive multi-volume work entitled Reincarnation and Biology, Dr. Stevenson witnessed the transcending nature of the masculine and feminine energies in the cases he investigated. In it he writes, “Such children almost invariably show traits of the sex of the claimed previous life. They cross-dress, play the games of the opposite sex, and may otherwise show attitudes characteristic of that sex.” By today’s understanding Stevenson’s usage of the word “sex” in his second sentence would likely be substituted with “gender.” Nonetheless, his observations are clear to the reader.

Can we ever move away from gender reveal parties and the importance we place on the sex of an unborn child? Can we ever get to a point of simply connecting to the spiritual energies of our unborn baby like so many of my patients unwittingly did and be content with that alone? Can we take one day at a time and allow the miracle of life to bloom within the brilliance of the soul?

Today my son is a 27-year-old man. He recently confessed to me just how insecure he was during his youth in simply expressing his true nature. This insecurity and lack of confidence is something he still grapples with to this day.

While it remains important to support trans children who want to identify as a specific gender or not exclusively as the gender they were assigned at birth, knowing our children as spirit with both masculine and feminine energies eliminates the power we give to the question: “Boy or girl?” And in doing so, we remove barriers to nurturing a child’s authentic expression of self and lessen expectations that limit their inner radiance and potential. This evolution is needed for our own families as well as the collective consciousness.

Connect with your own authentic spirit: “It’s Never Too Late to Be Yourself.” 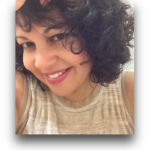 Christine Ramos is a registered professional nurse who has worked as a certified childbirth educator, certified doula, and as an internationally board-certified lactation consultant. She has earned two professional degrees...

My Wooden Bowl: Container of Contentment?

“I was intrigued three decades ago when I learned that Mahatma Ghandi ate all of his food out of ...

The range from 2-6 is a perfect time for children to absorb historical facts, as well as gain ...

Are You a Mystic?

Who can identify as a mystic? Rabbi Rami investigates during a conversation with a ceremonialist.

“People like to say there is only one God. They are wrong. People believe in many Gods, each ...

Sound, Silence, and John Cage: Four Musical and Spiritual Ideals to Live By

Quests are fundamental to the human experience. Read to discover why four days in the woods can ...

Psychics vs. Mediums for Spiritual Readings and Practice