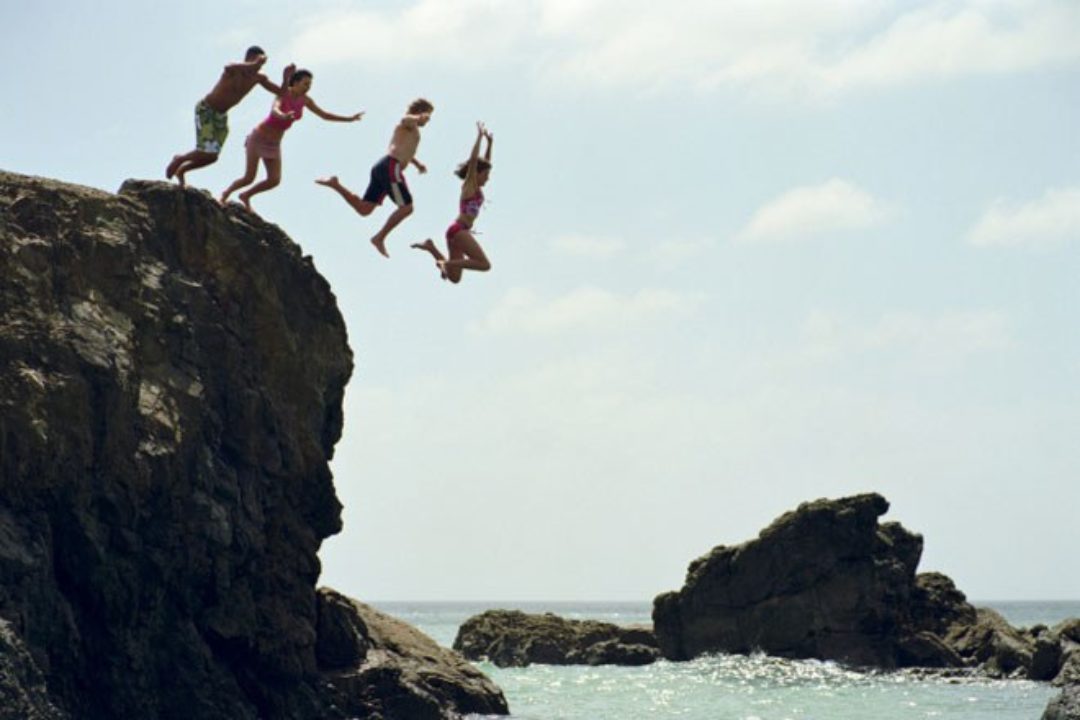 Last month, as a white-ribbon waterfall fed a chocolate-milk river swirling seaward past houses on stilts, wild ponies gazed into my eyes.

It was the Waipio Valley, on Hawaii's Big Island. It's extremely difficult to reach, but it was featured on a KapohoKine Adventures tour.

Watching the river, nibbling a slice of just-cracked coconut, I felt a jolt—as if awakening to life again from a long sleep.

For half my life, traveling meant so much to me— from early-childhood roadtrips to teenage cross-country treks to post-collegiate backpacking, then writing guidebooks.

Seventeen years ago, my mother was disabled, depressed and living alone 500 miles from me. I was her sole surviving relative. I did not move into her house. Nor would she move to mine.

Because I was a guidebook author, I'd been taking major trips every few years. Mom started framing her farewells to me: "Which of us do you think will die while you're away?"

I couldn't help but wonder, too. So I stopped traveling.

Mom loved her job but loathed much else. She herself had given up traveling (and wearing earrings) when Dad died in 1991. Over the phone, she described to me nights she'd spent dragging butter-knife blades across her wrists, deeming each knife too dull, vowing to find the right knife one fine night. I hired for her a live-in helper who, while swearing lifelong loyalty, stole her identity. I hired another, who sneaked nightly to casinos where she spent cash she'd "borrowed" from Mom. I begged Mom's doctor to address issues I knew she hid from him. He blocked my calls.

In other words: I failed.

During her final years, I found travel impossible. Incalculable. Cruel.

After she left this world four years ago, travel still seemed that way.

I felt I'd lost my right to travel, forfeited those rights to pleasure and discovery by having failed to make my mother safe and/or serene. I thought I must renounce this thing I'd loved, just as she'd done after Dad died. Travel was sacred: My participation, as a proven failure, would profane it.

Friends told post-trip tales of dolphin coves and onion domes: I listened as if through the meal-slot in a prison cell.

I ventured out a few times, tenuously, but felt certain that a giant fly-swatter would (and should) smack me flat.

Then came Hawaii. From my lanai, I watched boys dive off stone walls into the sea.

Then on that riverbank: that jolt.

Renunciation happens for good and bad reasons. Faith, fear, shame, love, amends, penalty. When and how might it end? We renunciators are our own cops, judges, juries and jailers, re-arresting ourselves daily. How we define justice in the outside world little resembles how we define it for us.

Which onced-loved things have you renounced, and why? Did you, do you, deserve such punishment? How might you commute your own sentence? Even killers get parole.

I don't know. Soon, maybe. Those questions were asked of me in paradise. This ritual, which is also a riddle, has begun.