Are you willing to let go of your history and step into the Mystery?

The Mystery we encounter in being with dying is unlike those Agatha Christie novels you might enjoy on a summer’s beach. It is not about finding a solution. It is not about adding up all the clues until you come to the reasonable and correct conclusion like the hero detective that solves the problem and decides the butler did it!

We don’t have adequate language to describe the sort of incomprehensible experience we meet in the presence of death, so we name it Mystery with a capital M. The word Mystery points to depth, to liberation, a kind of beauty and truth that can’t be fully defined. Yet, Mystery is not something you can’t know. Mystery is endlessly discovered.

The fact that Mystery cannot always be solved is a threat to our sense competency. We feel like a failure when we cannot determine the “right answer.” Facing the unknown as we do in dying we want to know what is the right action.

Embracing Mystery may not be about taking action. It’s more about opening. It’s more about cultivating a sense of curiosity, awe and wonder. It involves a willingness to “Not Know.” This is not a stance of ignorance but a quality of attention. It is the capacity to bear witness to that which cannot be solved but can be lived into.

There are many experiences in life that we bear witness to that we cannot understand or measure. But, I have found that what we can experience or know directly may be much more important than our conceptual understanding or ability to measure it.

H. L. Mencken once said "Penetrating so many secrets, we cease to believe in the unknowable. But there it sits nevertheless, calmly licking its chops."

Years ago, I was leading a retreat for people living with AIDS. At one point, we all engaged in a gestalt writing exercise. In the process, one writes briefly to someone with whom we have a conflict in the hopes of discovering a path to forgiveness and reconciliation. Then you put your pen down. After some reflection, you pick up your pen and respond as if you were the other person. The dialogue process continues, holding both sides equally, to see the conflict and the person we are in opposition to with more clarity. Often participants include these discoveries in a letter to the individual with whom they are conflicted.

Jeffrey was a gay man with a troubled relationship with his father. His father judged his life choices and had cut off all contact since Jeffery was diagnosed with HIV two-years before. Jeffery saw the exercise as useless. With some encouragement, he continued to write but couldn’t imagine anything would come of it. His relationship with his father would never change. Jeffrey chose not to mail his letter and left the retreat feeling hopeless.

Two days later, Jeffrey phoned to say that when he returned from the retreat a letter had arrived from his father. I asked what his father had written?

Jeffery responded that his father had written only three words, “Please forgive me.”

Mystery engages our willingness to live with paradox. It calls for a both/and relationship to life. We live into the apparent contradictions. We step out from behind the well-protected walls of black and white thinking, our opinions, our roles and treasured identities, the false security of either/or.

Anthony de Mello the Indian Jesuit and scholar once wrote, “As soon as you look at the world through an ideology you are finished. Reality doesn’t fit in an ideology. Life is beyond that. Life only makes sense when you perceive it as mystery and it makes no sense to the conceptualizing mind.”

Human experience is filled with apparent dualities. Night and day, life and death, hot/cold, harmony/chaos. C. G. Jung wrote eloquently about the archetypal descent into the unconscious. He reminded us that it is crucial at this point to "hold the tension of the opposites." He was not talking about compromise or problem solving. Holding the tension of opposites could be thought of as the middle way, through which we often discover new options which we could not have imagined yet often arise intuitively from somewhere deep inside.

Living with Mystery is an opening to a life characterized by constant change and becoming. Mystery asks us to live in harmony with this constant unfolding. It asks us to be truly alive. When we do, our life becomes filled with endless possibility rather than a linear path to a preconceived end.

The encounter with death is pervaded with mystery. It cannot be solved or even fully known by the conceptual mind. It asks us to stay present in the territory of unanswerable questions. It cannot be captured, but like when listening to an extraordinary piece of music, we can give ourselves over to mystery completely. In the process we don’t just observe mystery; we realize that we are mystery. It lives through us.

And, each taste of this experience expands our love and draws us further toward the endless, inexhaustible mystery of being. As a spiritual teacher once asked me, “Are you willing to let go of your history and step into the Mystery?” 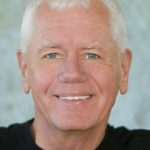