In our spiritual luminary series, each week we will feature someone who personifies a key spiritual value. In the first installment, we chat with yogi and activist Seane Corn, who exemplifies service like no other.

On your spiritual journey, who have been your most significant teachers in the past and now?

So many people have mentored me and influenced me. Early on my family. As I became more organized in my spiritual practice, David Life and Shannon Gannon. Chuck Miller and Eddie Modestini introduced me to breath work, and helped to launch my physical yoga. From there, Anodea Judith and Carolyn Myss for mind and body connection and the way trauma or unresolved trauma lives within the body, and its impact. Marianne Williamson helped me dive deeper into the spiritual aspect, create a framework with my relationship to God and with other people, being integrated and whole.

You’re obviously passionate about being active in social issues that matter to you. What drives you?
The Mother said, “Without him, I am nothing. Without me, he cannot be made manifest. In human form I make love to manifest in the world.” That’s the role of the activist. To participate. To engage. Without spirit, it can be hierarchal. It’s a privilege and a direct responsibility. My color, socio-economic, my education. I have to recognize my privilege to help create peace, fairness, and equality wherever I can.

How would you describe the relationship between your yoga practice and your activist work?

Yoga gave me the tools to stay in my body, in a nonreactive way. Without a yoga practice, especially in conflict and practice, we get reactive. It teaches us to be brave in conflict. True to our essence. They are one in the same. Service is the manifestation in the physical world, and service comes from love.

The breadth of your work is wide, but is there an issue right now that is closest to your heart?

I’ve focused on human rights and it‘s taken me many years, to be as vocal as I am now about animal rights. I care about nonviolence and the environment, but it’s my area of real vulnerability. If I see an animal exploited, no matter how much I used my skills for mindfulness, I’d get emotional and reactive. That’s not effective in activism. Only in the past couple years, I finally have developed skills to be proactive and without being reactive. I feel more ready to confront it. I can do it in a way that’s emotionally sustainabile without as much intensity and can be more effective.

I’ve also been involved in Transgender issues with what’s going on in North Carolina. Supporting that community and being an accomplice. As well as voting. The importance of voting.

What do you tell people when they say their vote doesn’t matter?

It’s clearly been a chaotic election year with many people feeling like their power has been taken away, and there’s a real sense of hopelessness. How do you remain positive and supportive of the process in light of all this?

Passivity is not possible and has to be challenged. Our systems are broken. But the systems are made of people. We’re meant to feel disconnected, to not feel, but deal with your stuff and move into the system to make a difference. Stay engaged in the process. I encourage people to run for office.

You just celebrated a milestone birthday, 50. What's your secret to aging with such vitality?

I don’t know what 50 looks like. There’s this negative perception of aging. I have 6 non-negotiables: yoga, prayer, diet, sleep, meditation, and therapy. I better look healthy! I work hard on it. Diet is instrumental in me feeling energized. My body isn’t working hard to process foods, and I try to introduce into my system what my body wants. Gratitude is so important. I have so much to learn and thrilled to have the privilege to have the tools to deepen my wisdom. That’s what gives me vitality.

Go see Seane speak at Together, a multi-city event that unites people across backgrounds and generations to support, inspire and elevate one another to make meaningful change. For more information, visit togetherlive.com 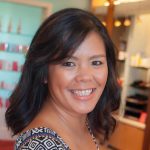