Review: The Buddha's Way of Happiness 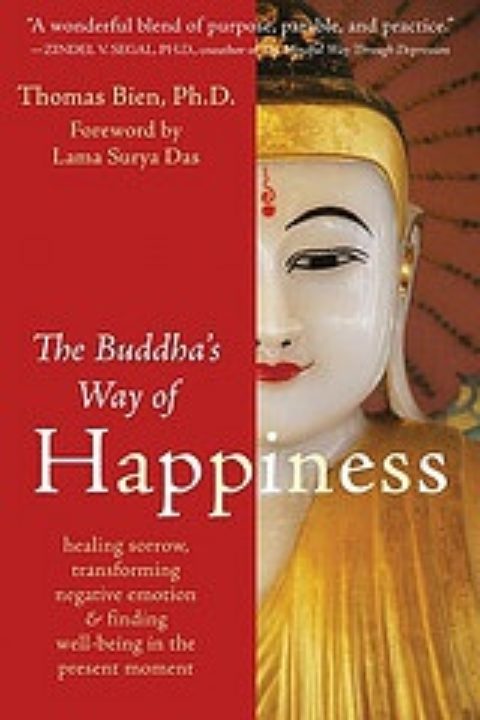 By Thomas Bien, PhD, with Foreword by Lama Surya Das

Thomas Bien’s explanations of Buddhist wisdom shine a laser upon concepts that can be rather difficult for the Western mind, with its thought processes based in Aristotelian logic, to grasp. “‘You are not a self,’ the Buddha teaches, ‘yet you still exist’ … Sometimes it can seem to us that the Buddha is talking out of both sides of his mouth!” says Bien. But Buddhist wisdom, so different from that of the West with its need to label, categorize, and box up the world, opens the mind to see the interbeingness of everything. “Instead of the boxlike categories of thought, where A is not B, we have the deep insight that A is not A, and that’s what makes it truly A.” Bien goes on to explain that what we may see as a flower, for example, is not a flower in the way we usually mean the word. It’s also the sunshine, and it’s the interconnection with that sunshine and everything else that contributes to its life, its “interbeing,” that makes it a flower in the deepest sense. The separate, isolated flower is an illusion. More than that, it is a limitation.

Bien’s prose is a joy to read. He is able, in one sentence, to show the illusory nature of our thoughts and then, when we are feeling confused and disoriented, take us by the hand and point us in the direction of a better, brighter path. “Our suffering,” he says,“is based on erroneous perceptions rooted in deeply ingrained concepts about the way things are.” And the route to relieving that suffering is to let go of the ideas and concepts that keep us imprisoned — to see that they only hold us captive because we are unable to see that the bars on the windows and doors are as flimsy as the thinnest paper. “All of our ideas and concepts are just that — notions, ideas, concepts. All of them pale before the wondrous becoming that is the true nature of reality,” he says.“Trying to capture reality in concepts is like trying to grasp water in your hand. It’s like trying to capture space with a net.”

It turns out that happiness and contentment are closer to us than we think, and Bien’s insightful road map and practical strategies help us understand what the Buddha came to learn — that it is when we ease up, relax, and open that “we learn that we can be happy right now, just breathing in and out and seeing a leaf for the miracle it actually is.”

Thomas Bien is a psychologist in private practice in Albuquerque, New Mexico, a teacher of mindfulness and meditation, and the author of numerous scientific articles and book chapters on psychology, especially in the areas of spirituality and addiction. He is the author of Mindful Recovery, Finding the Center Within, and Mindful Therapy, and co-editor of Mindfulness and the Therapeutic Relationship.