Oh, mankind, you are such a remarkable species. So, bear with me. I have to get this out. I’m gonna chat about the pink elephant in our collective living room. You know, the one that quietly standing there saying: “hey, you guys are destroying your own habitat.”

The latests reports as to the condition of our planet are pretty dire. I mean, we’ve really done an elegant, thorough job of screwing up this planet’s ecosystem, and we continue to tighten the noose around it’s unhappy neck, all in the name of progress. I’ve heard it likened that we are on a train headed toward a bridge that is out, and we are all arguing about who gets the better seat.

Most of us have no idea how to stop this train. Trying to stop the destruction of nature’s balance, and thus, our own species, seems to be utterly out of reach for the common person. At least it does for me. Does recycling my cans really help at all when the Gulf of Mexico has a huge “dead zone” and rainforests are being destroyed at a ridiculous rate?

The good news is that I’m not that worried for planet Earth. She has shown herself to be quite the survivor. She will continue to flourish, ultimately. I am worried, however, for mankind.

Can our culture change? If so, how? Well, the answer to that might be within each of us. To quote philosopher Krisnamurti: “What you are, the world is. And without your transformation, there can be no transformation of the world.” Imagine a world where people, all people, understood this wisdom and lived by it.

Years ago, I was introduced to an idea called the 100th monkey effect. It’s a “studied phenomenon in which a new behavior or idea is claimed to spread rapidly by unexplained, even supernatural, means from one group to all related groups once a critical number of members of one group exhibit the new behavior or acknowledge the new idea.”

This seemed to speak to Jung’s “collective unconscious,” where in addition to individual consciousness, “there exists a second psychic system of a collective, universal, and impersonal nature which is identical in all individuals…,” a consciousness which is “inherited.”

The 100th monkey effect study was long ago proven to be more opinion than fact, yet I wonder if the author was resonating with the idea of the collective unconscious? More recently Malcolm Gladwell’s book, The Tipping Point: How Little Things Can Make a Big Difference, has clarified how ideas spread and ultimately create a tipping point, where once an idea reaches a certain number of people, it then spreads like contagion, and becomes ubiquitous throughout society.

Gladwell details how our individual choices and even small behaviors can and do make a significant difference in the lives of those around us. Thus, we can now accept as fact that no man is an island. You make a difference.

It’s not all positive news, as this tipping point works for both constructive and destructive ideas. Thus, your choice of which concepts, which ideas, you wish to promulgate, makes all the difference in the world. Your work, your inner work, your spiritual work, your work on yourself and your awakening to compassion and service, is vital. Not only for you, for your sanity, for your physical health, for your overall well being, but now, we can safely say, for all of society as well.

Might you be the 100th monkey? Or me? Rather than asking how we can save the world, better to ask how we can serve the world by taking care of our own garden. When we do this, others are encouraged to do the same.

When enough people join in, the earth will become a balanced, fruitful garden once again. We reach a tipping point, a 100th monkey effect, and we all collectively agree to steer this train in another direction.

The fact is, each of us is the 100th monkey. The only question is: which ideas are you encouraging to spread? 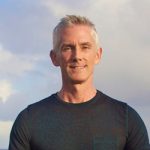